Articles
Jordan Allen has produced content for TPG on everything from travel trends to flight deals.
Follow
July 16, 2019
•
6 min read 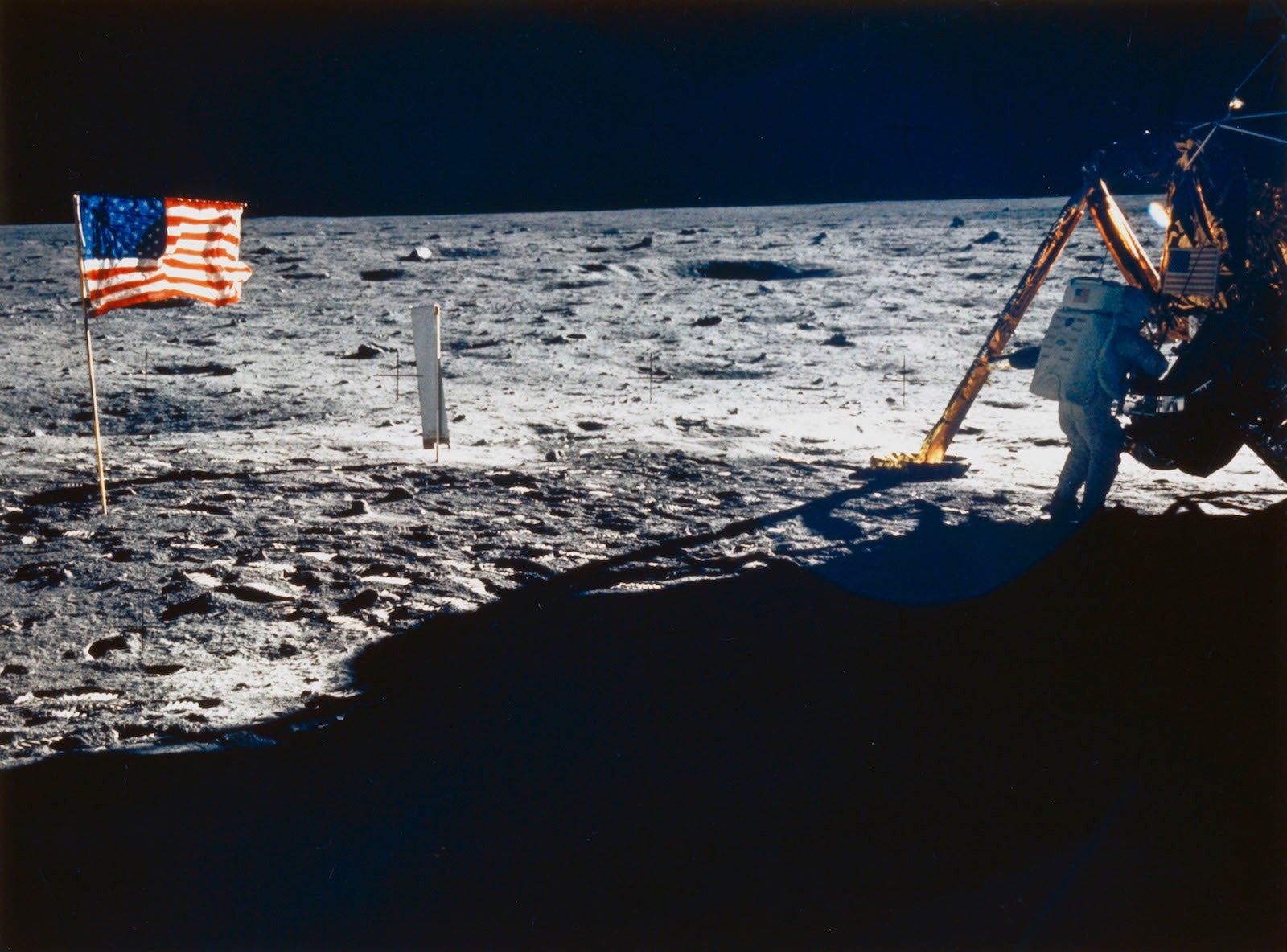 On July 16, 1969 — 50 years ago today — the Apollo 11 spacecraft was launched on a Saturn V rocket from Cape Kennedy, Florida (now Cape Canaveral) at 9:32am EDT. Aboard were commander Neil Armstrong, command module pilot Michael Collins and lunar module pilot Edwin (“Buzz”) Aldrin. Four days later, Armstrong and Aldrin would become the first people ever to set foot on the moon, while Collins orbited overhead in the Apollo 11 command module.

President Richard Nixon wrote that it was “the greatest week in the history of the world since Creation.” Families all over the globe gathered around their television sets to watch the grainy black and white images of Armstrong descending the ladder from the lunar module onto the moon's surface.

At the same time that Armstrong took his "one small step," flying here on Earth was very different from today. The late '60s and early '70s are considered by some historians to be "the Golden Age of travel." And 1969, in particular, was a pivotal year for the aviation industry. To celebrate the 50th anniversary of humankind's greatest flight, here's a look at US commercial aviation in the "Mad Men" era.

You were probably flying one of these airlines

If you were flying domestically in 1969, you were probably aboard American Airlines, Delta Air Lines (the current titleholder as the oldest operating airline in the US), United Airlines or one of the major airlines that, while thriving in the 1960s, no longer exist: Northwest Airlines (then called Northwest Orient), Pan American, Trans World Airlines (TWA), Eastern, Continental, National, Braniff and Western.

According to HuffPost, for domestic flights in 1969 you would have forked over almost $1,200 (in today's money) for a round-trip from Chicago to Phoenix. International tickets were even more prohibitively expensive. One-way to Rome? $3,000 when adjusted for inflation. And that's in coach.

You could have departed (or arrived) at JFK's TWA Terminal

Today, the TWA Terminal at JFK is a swanky, heavily stylized hotel with a rooftop pool and bar. But in 1969, the terminal was fully operational, and had just added a new departure-arrival concourse and lounge known as Flight Wing Two. There, dressed to the nines, you could sip on your Old-Fashioned and think about all the cigarettes you planned to smoke once you were aboard the plane. Yep — that was allowed.

As the flying experience was all about glitz, glamor and consuming an endless amount of free alcoholic beverages, it's no surprise that coach seats had about three to six more inches of legroom than economy seats do today. In fact, economy class seats in 1969 were more akin to what we'd expect in business class now. So, after your inflight lobster dinner, you could recline and drift off to sleep. That is, if you could stomach the loud sounds of the piston engines and heavy, sometimes dangerous, turbulence.

The year 1969 was also a turning point for commercial air travel.

While it wouldn't be until January 1970 that the (now-defunct) Pan Am would operate the first commercial Boeing 747 flight, from New York to London, the jet took its first flight in 1969. This behemoth of an aircraft would soon revolutionize travel with its high-capacity (500 passengers!), luxurious service and spacious upper-deck lounges. All US airlines have switched out the old Queen for newer, more modern aircraft, but if you're looking to spot (or fly) the 747 — don't fret. Air Force One is a VC-25, a military version of the 747, and there is a number of international carriers still operating the original widebody jet.

...and so did Concorde

The first supersonic Concorde airliner also made its maiden flight in 1969. The prototype took off from Toulouse, France, and was piloted by André Turcat. However, it didn't go supersonic until late that same year — entering service just a few years later. For nearly 3 decades, the visually striking Concorde was able to fly five miles above and 800 mph faster than the 747s, making journeys across the Atlantic with Air France and British Airways. The final British Airways Concorde flight took off in October 2003.