Articles
Clint Henderson is the managing editor for news at TPG. He worked in TV news for 20 years, including stints at ABC, MSNBC and Fox, before landing his dream job. Send tips to Clint.Henderson@thepointsguy.com.
Follow
Nov. 30, 2019
•
6 min read 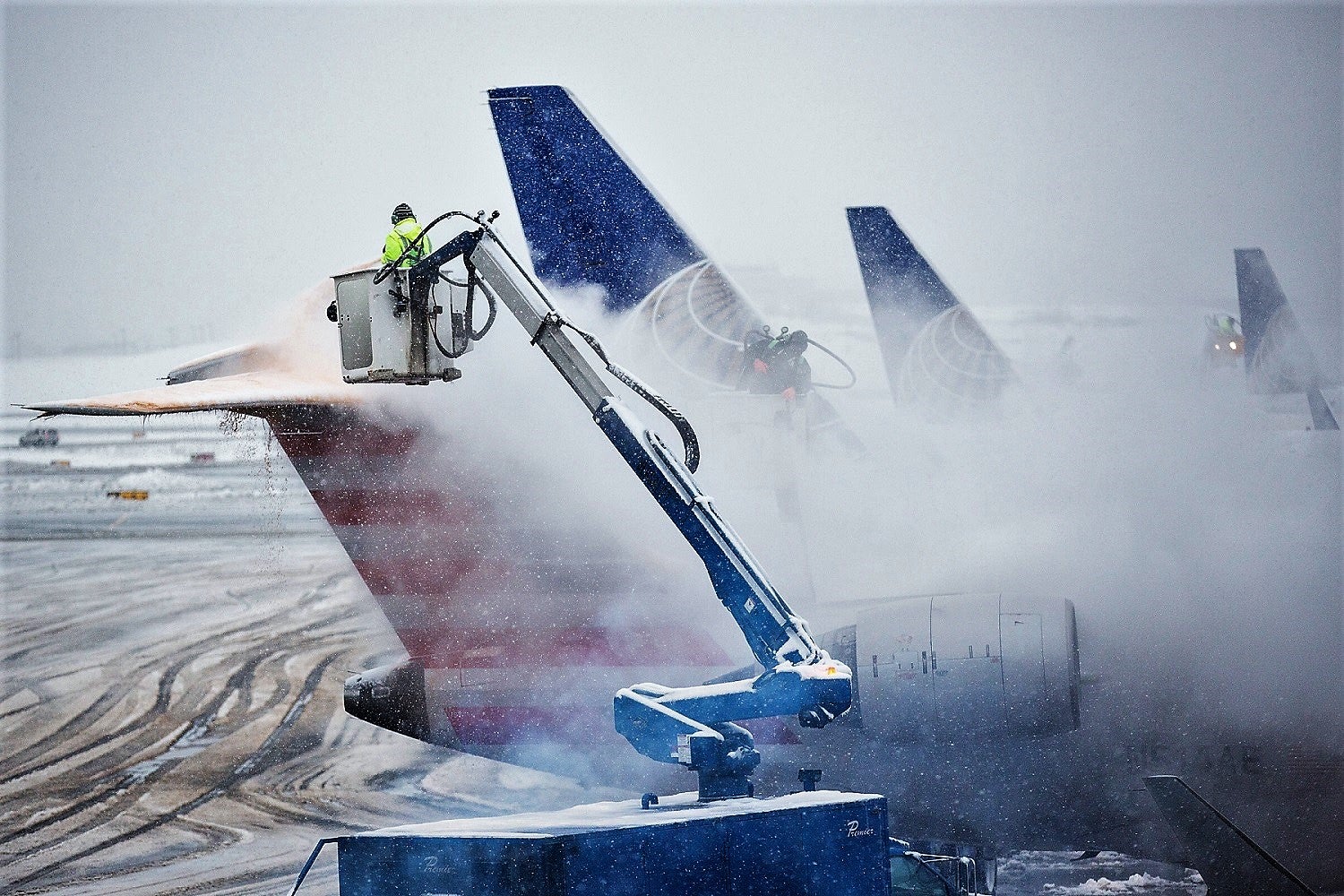 A major storm could potentially create a mess for travelers coming home from Thanksgiving festivities on Dec. 1–2. It could bring the first major snowstorm in the Northeast. Most airlines have issued travel weather waivers for many airports, including several of their hubs.

The strong storm is expected to bring heavy snow to a wide swath of the country including areas from the Great Lakes to New England. The storm already brought winter storm warnings from Arizona to Wisconsin.

Here's a look at the travel waivers offered by major U.S. carriers.

American Airlines told TPG it was proactively offering waivers for Sunday and Monday, "Due to the weather expected this weekend in the Northeast, we will begin issuing waivers for passengers traveling Dec. 1–2, who are traveling to/from/through the following airports:

Your American Airlines change fee may be waived if you bought your ticket by Nov. 29, are scheduled to travel Dec. 1–2, can travel Nov. 29–Dec. 5, don't change your origin or destination city, and rebook in the same cabin or pay the difference.

Alternatively, you can delay your trip and the airline will waive the change or cancellation fees as long as you purchased the ticket by Nov. 29, are scheduled to travel Dec. 1–2, can travel Nov. 29 and up to 331 days after your original ticket date, or wish to change your origin and destination cities.

Delta issued a travel waiver for Nov. 30 for 16 Midwest airports, including its Minneapolis (MSP) hub. If you are traveling through Michigan, Minnesota, South Dakota or Wisconsin, you may be able to change your flight for free or cancel without a fee. It also issued a weather waiver including all the major New York City-area airports, as well as airports in Connecticut, Maine, New Hampshire, Pennsylvania, Rhode Island and Vermont.

Delta is waiving the change fee for flights affected by these storms. You can also cancel your trip and use the ticket value toward a future flight.

Like other airlines, JetBlue has issued a travel waiver in response to winter storm Ezekiel that will spread across New England. The airline will waive change/cancel fees and fare differences for customers traveling Dec. 1 and Dec. 2, 2019, to/from the following cities:

JetBlue customers can rebook flights for travel through Dec. 5, 2019. Original travel must have been booked on or before Nov. 29, 2019.

Southwest's travel waiver is particularly flexible, giving the customer the option of rebooking in the original class of service or as a standby within 14 days of the original date of travel between the original city-pairs without paying any additional fees. Travel waivers for Dec. 1–2, 2019, have been issued for a dozen airports, including:

United issued travel waivers for two areas of the country: the Northern Plains and New England. Thirteen airports in the Nothern Plains are affected, including:

The Northern Plains travel waiver is valid for a customer's original travel dates from Nov. 29 and 30. The change fee and fare difference will be waived for new United flights departing on or before Dec. 4, as long as travel is rescheduled in the originally ticketed cabin (any fare class) and between the same cities as originally ticketed. Tickets must have been purchased by No. 28.

For United's New England travel waiver cities, you're looking at basically the same list as American (above) but with the addition of London, ON, CAN (YXU); Massena, NY (MSS); Ogdensburg, NY (OGS); Plattsburgh, NY (PBG); and Presque Isle, ME (PQI).

New England waivers are valid for travel dates Dec. 1–2. The change fee and fare difference will be waived for new United flights departing on or before Dec. 6, as long as travel is rescheduled in the originally ticketed cabin (any fare class) and between the same cities as originally ticketed. Tickets must have been purchased by Nov. 28.

If the worst happens and this storm causes your flight to be delayed or canceled, check your credit card. If you have ones like the Chase Sapphire Reserve or Chase Sapphire Preferred Card, they both come with solid trip delay and trip cancellation insurance.