Why You Should Visit Matera, This Year's European Capital of Culture 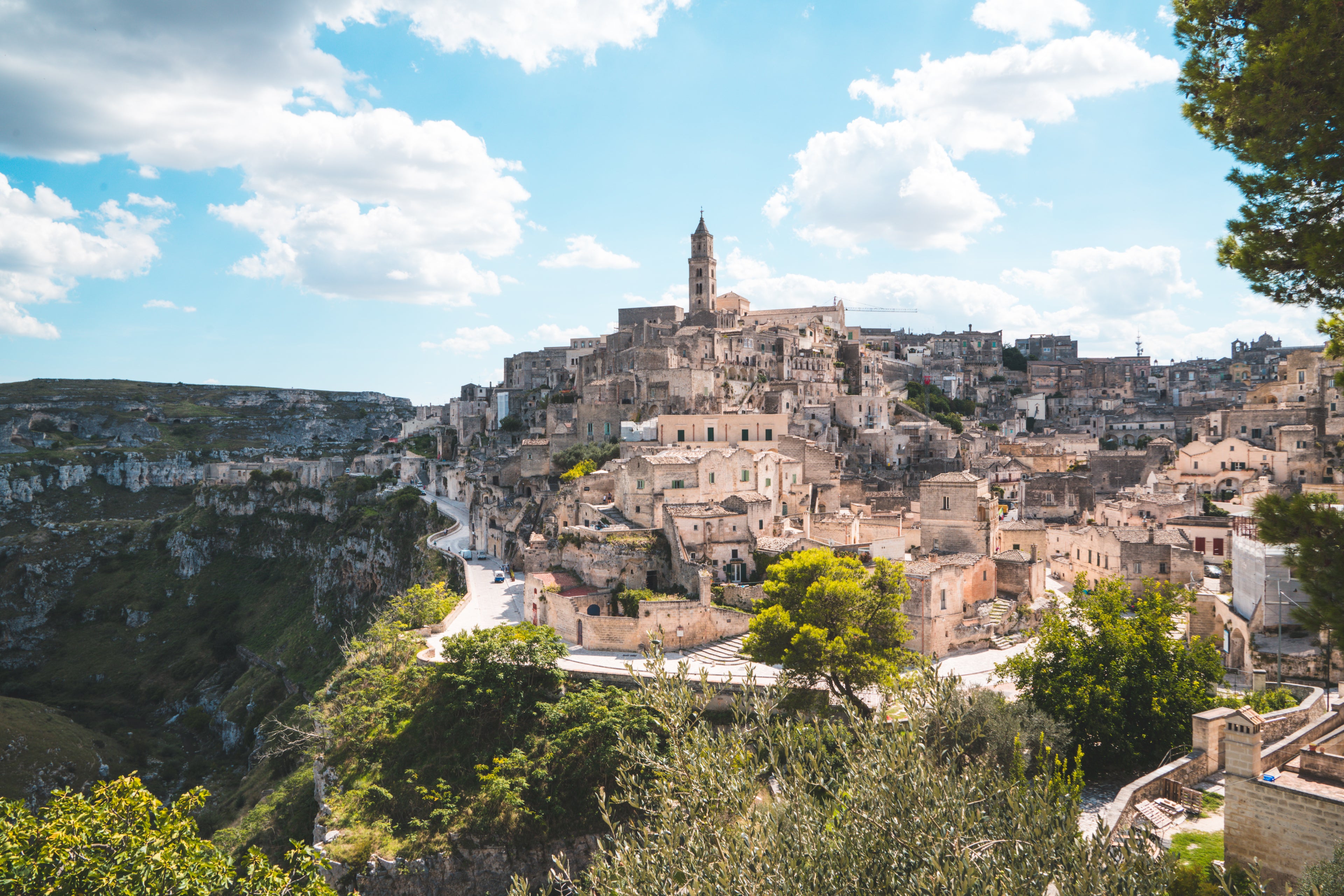 Why You Should Visit Matera, This Year's European Capital of Culture
This post contains references to products from one or more of our advertisers. We may receive compensation when you click on links to those products. Terms apply to the offers listed on this page. For an explanation of our Advertising Policy, visit this page.

Checked Rome, Florence and Venice off your bucket list? Then it might be time to plan a trip to Matera, the capital of Italy's Basilicata region and this year's European Capital of Culture.

Matera has mostly been off the tourist radar for several reasons. First of all, it's a bit isolated. Basilicata doesn't have its own airport and Italy's high speed trains don't service the city, so to get there, you'd have to fly to Bari and drive or take a high speed train from a major city like Rome to Salerno and then switch to a regional train. Second, it doesn't have grand monuments like the Colosseum or art museums like the Uffizi Gallery. Upon first glance, it doesn't strike you with its beauty; it's a city whose history you need to know in order to appreciate it.

Matera is one of the world's oldest continually inhabited cities, my guide Fabio Congedo of leading luxury tour operator Imago Artis explained on a recent tour of the city. We entered the historic city center from Piazza San Giovanni, a modern square built on the ruins of an ancient church whose faded frescoes we stopped to admire. Fabio led me and my boyfriend down to a viewpoint in the archeological site where I caught my first glimpse of the thing that made Matera famous: the sassi, or cave dwellings. From above, they look like a maze of ochre buildings piled in layers of stone without a tree or a park in sight.

The city has even stood in for Jerusalem in several movies, including Pier Paolo Pasolini's 1964 film, "The Gospel According to St. Matthew" and Mel Gibson's, "The Passion of the Christ."

Today, the streets of the sassi are lined with shops and restaurants, but on the edges of the area, where the the narrow lanes give way to panoramas of the surrounding hills and ravine of the Gravina River, you can see empty and abandoned caves marked by graffiti. For about 30 years — from the 1950s until the 1980s — the sassi were abandoned and left to rot.

Until then, they were populated by Matera's poorest residents, who lived in inhumane conditions without electricity or clean water, sometimes with their animals, and were subject to diseases such as malaria. After World War II, Matera was declared the "shame of Italy" and the sassi's residents were relocated out to the city's periphery by the government — a controversial move that has been both praised and criticized.

Then, after decades of neglect, people like the lawyer Raffaello de Ruggieri gradually began to move back in. “People felt I was crazy to subject my wife to the desolation and emptiness of the Sassi,” de Ruggieri told The New Yorker. In 1986, the Italian government began offering subsidies to people willing to renovate the sassi. In 1993, UNESCO named the sassi a World Heritage Site.

As we walked the stone streets, we saw cheerful restaurants and shops. Fabio led us to Sextantio Le Grotte della Civita, a member of Design Hotels built into a series of caves overlooking the ravine (sadly, this particular property isn't eligible to book through Marriott). Most of the rooms were occupied, but the young man at the front desk led us into a room with a simple bed in the middle of a stone cavern. The uneven floor led down to a modern bathroom. Each of the hotel's 18 rooms is completely unique because each occupies a grotto carved into the hillside. For tourists who visit Matera today, staying in a cave dwelling is a once-in-a-lifetime experience — though it doesn't come cheap. The few rooms that are available this summer range from €360 to €800 ($408 to $906) per night.

We stopped for lunch at Ristorante Baccus, a charming trattoria with typical stone walls, before Fabio led us to La Storica Casa Grotta di Vico Solitario, a tiny museum depicting what a typical grotto house in the sassi looked like. It was about the same size as the rooms at Sextantio Le Grotte della Civita, but was filled with artifacts and tools once used for farming and weaving.

In one corner, there was a bed and a dressing table with a mirror and black-and-white photographs. Opposite was a model donkey, underscoring the reality that the family who lived here likely would have lived with their animal. In an adjoining room, there was a hole in the ground (presumably the toilet). A whole family with who-knows-how-many children would have lived in this cave dwelling without proper plumbing or electricity. Needless to say, life was not easy for the inhabitants of the sassi.

Still, it's hard to resist a comeback story like that of Matera. The fact that Matera is one of the two European Capitals of Culture this year is a sign that this ancient city is worth celebrating. For more than three decades, the European Commission has been naming European Capitals of Culture as a way to boost the cities' cultural, economic and social development and build community in Europe. The honor can give a city a major boost, drawing tourists and giving locals a new reason to be proud of their home. It can also come with a €1.5 million grant (close to $1.69 million), which in Matera's case, it did.

"Since when I started working there as a tour guide, I noticed tourism largely increasing," Fabio said about Matera, adding, "I'd recommend a visit to the town to those travelers who are looking for something out of the Italian mainstream, before it's too late ... The city is changing quickly!"

Imago Artis, a leading tour company based in Rome, has been giving tours of Matera for the past two and a half years and, according to founder Fulvio De Bonis, who has visited the city several times, it's an important destination for the company.

"The magic of Matera comes from its authenticity that reveals itself in the alleys, shops, and private homes carved out of Tufa stone that has always characterized our country," De Bonis said. "In a world now marked relentlessly by the machine of globalization, Matera assumes the role of a city that proudly shows its original nature, without ever ceding the way to any urban alteration that continues undauntedly to harm our country, changing the most ancient and real aspect, that aspect that only exists now in our imagination."

How Matera will change in the future remains to be seen, but we can at least be sure that, thanks to UNESCO, the sassi will be protected forever. Go this year to see the photography exhibitions and other events planned as part of Matera 2019.