Articles
Brendan Dorsey is an Associate News Editor at TPG who covers nearly everything for TPG including aviation, credit cards, points, miles, ride-hailing services and more. He previously worked for TIME.
Follow
May 30, 2018
•
3 min read 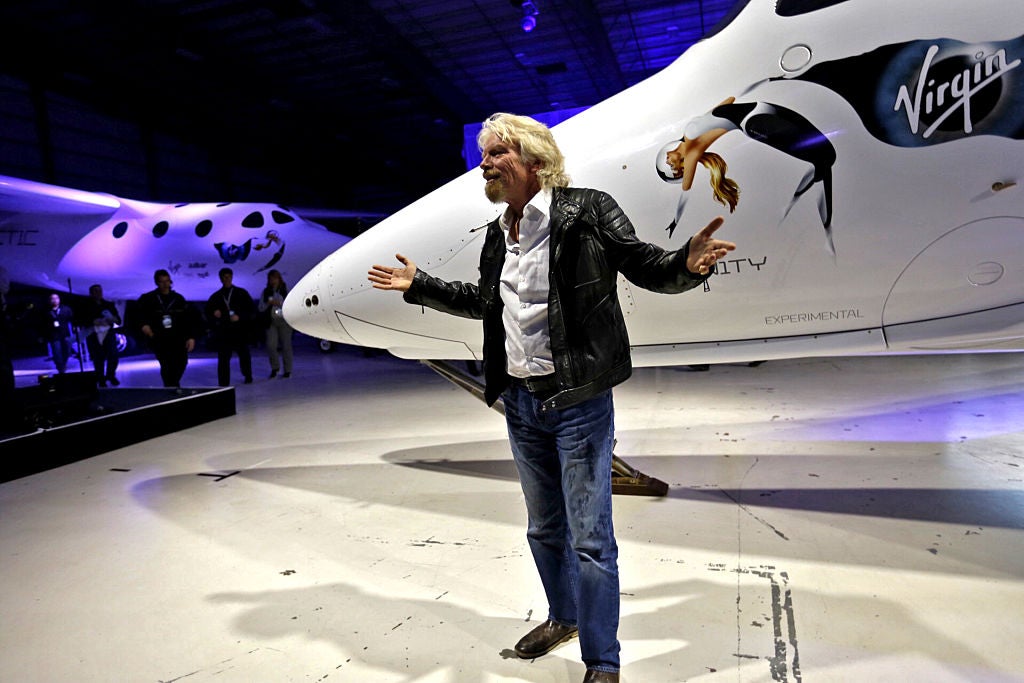 Virgin Galactic '2 or 3' Tests Away From Passenger Flights to Space
This post contains references to products from one or more of our advertisers. We may receive compensation when you click on links to those products. Terms apply to the offers listed on this page. For an explanation of our Advertising Policy, visit this page.

"It will be something like two or three more flights before we're actually in space," Branson told CNBC.

Branson added that the test flight was "a tremendous step in the right direction toward accomplishing our goals."

In April the company completed its first successful test flight since the fatal crash of the Enterprise spacecraft in 2014. The new Unity spacecraft has undergone extensive tests to make sure that the vehicle is safe and ready to take humans past the Earth's atmosphere.

Branson said that once Unity is deemed safe, or able to reach 264,000 feet (where space begins), Branson himself will journey into space.

"Soon after that, we'll start taking some of our astronauts up," Branson said.

Virgin Galactic hopes to bring tourists into outer space and will be able to reuse the Unity spacecraft. Unity is carried to a high altitude by its mothership Eve and is then dropped — rocketing itself the rest of the way into space.

Right now it takes 54 days to turn around Unity after a flight but Branson says the company plans on getting that down to four days. Although that four day turnaround won't happen until "well after the test program is completed."

Unity has at least two more test flights until it reaches space, and those are all dependent on how long it's engine can operate. The latest test had it firing for 31 seconds, and the next two tests will need to operate for 40 and 50 seconds, respectively.

"And then, if that's all gone according to plan, 63 seconds will be what will take us into space," Branson said.

So, how's this relevant to points and miles you ask? Well, you'll actually be able to redeem Virgin Atlantic miles for a chance to get onto one of the company's first flights to space.

You'll just need a cool two million miles-- and that will only get you entered into a drawing for a seat on Unity (you won't be charged if you don't win). If you're short on miles but flush with cash, you can redeem 200,000 miles for a voucher to cover 10% of the $250,000 ticket. If you redeemed for the voucher, that would give your miles an incredible value, 12.5 cents apiece to be exact. That's way more that the 1.5 cents TPG values them at.

Unfortunately you'll have to earn those miles by actually flying on Virgin Atlantic, so you won't be able to transfer them in from any of the transferrable point programs.