VIDEO: Saudia A330 Makes Emergency Landing With No Nose Gear

Articles
Katherine Fan is a former senior travel features reporter at The Points Guy who covered everything from personal finance to travel and aviation.
May 21, 2018
•
1 min read 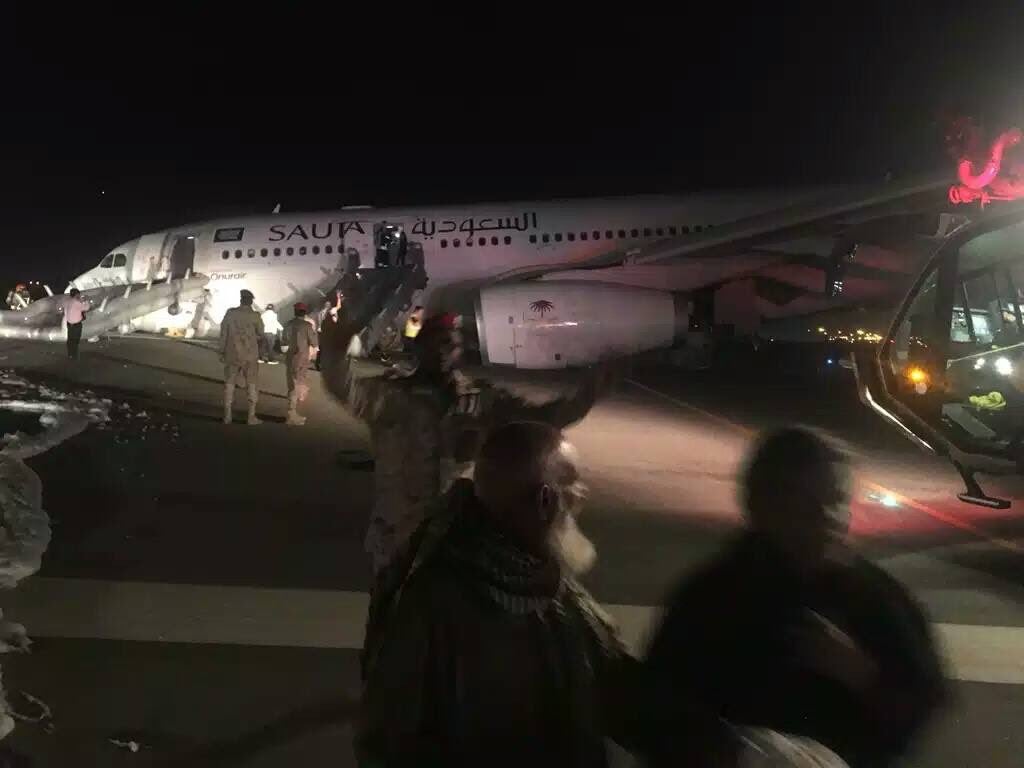 VIDEO: Saudia A330 Makes Emergency Landing With No Nose Gear

An eyewitness video shared on Twitter showed the plane dramatically scraping and scratching its way down the runway, with sparks and what looked like flames erupting from the front end of the plane. Several accounts on Twitter said the plane had made repeated landing attempts.

Additional images show the A330-200 resting nose down, with emergency escape slides deployed and flame retardant foam sprayed on the runway. Passengers were evacuated from the plane, according to other tweets.

The plane, which had been leased from Turkey's Onur Air and registered TC-OCH, is a 17-year old jet. It had departed from Medina, Saudi Arabia (MED) headed to Dhaka, Bangladesh (DAC) according to flight tracking site Flightradar 24. The site shows that the plane circled Medina after takeoff and diverted to Jeddah, where it also circled repeatedly.

The cause of the equipment malfunction was still unknown at the time of this post.