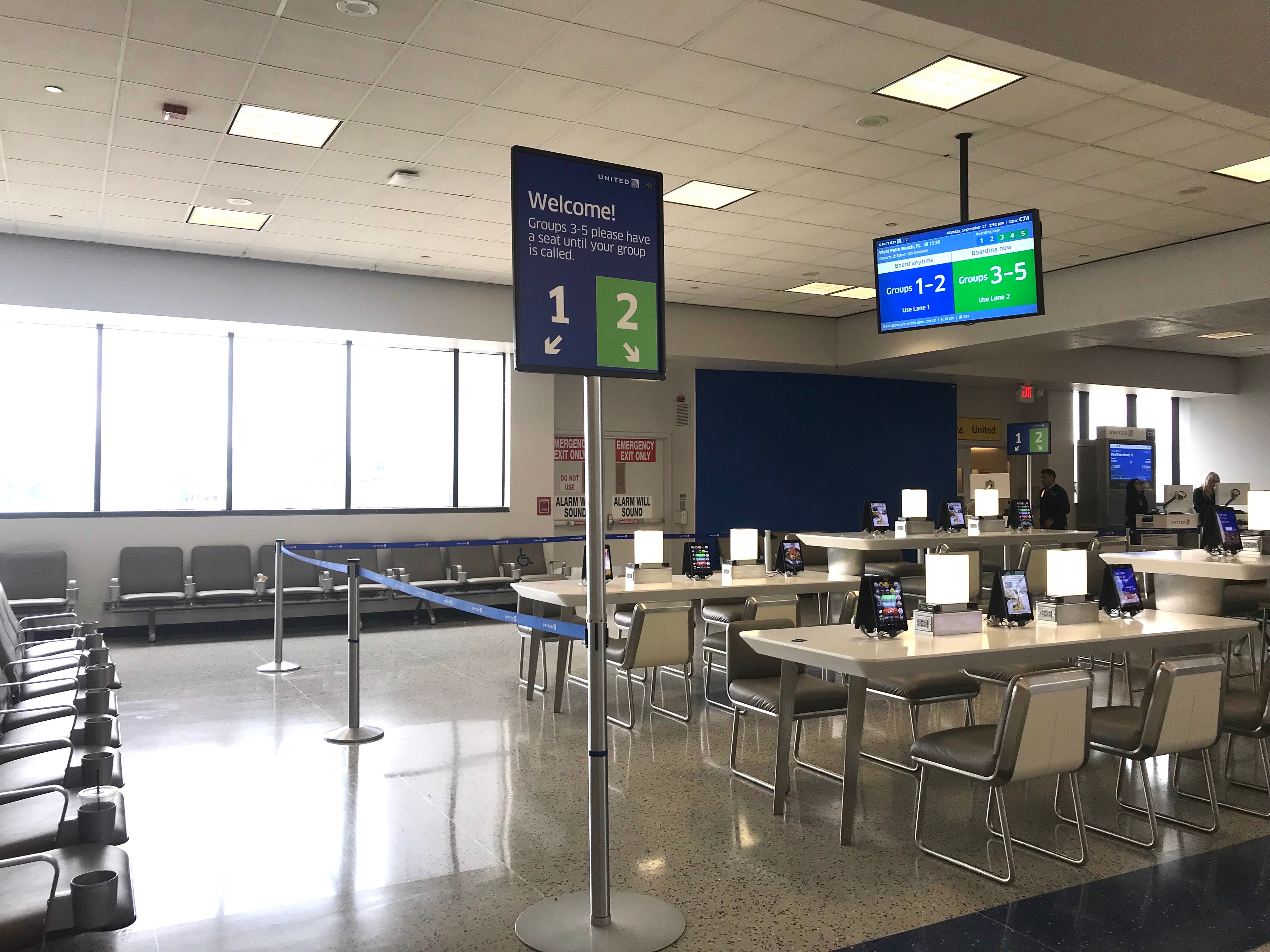 United Airlines Updates Its Boarding Process, Creates New Signage
This post contains references to products from one or more of our advertisers. We may receive compensation when you click on links to those products. Terms apply to the offers listed on this page. For an explanation of our Advertising Policy, visit this page.

United Airlines will roll out a new boarding process on Tuesday, September 18. The airline has been testing out this new process since August 2017 in hopes of having a more organized signage procedure and improving customer satisfaction.

United’s updated boarding system is “customer-centric,” said Maria Walter, the managing director of United’s Global Operations Strategy. Under the new process, there will be less waiting around, better communication between airline staff and passengers and organized gate spaces.

Like the old process, the new one pre-boards. The following groups will be called to pre-board: unaccompanied minors, customers with disabilities, active members of the military, United Global Services members, families traveling with children age 2 and younger and Premier 1K members. Then, the rest of the boarding process begins.

The new process only has two lanes. Lane one — the blue lane — is used first for boarding group one, which includes Premier Platinum members, Premier Gold members, Star Alliance Gold members and customers seated in premium cabins. Lane two — the green lane— is used first for boarding group two, which includes Premier Silver members, Star Alliance Silver members, customers who have purchased Premier Access or priority boarding and United Explorer Card, United Club Card, United Presidential Plus and United Awards cardholders. Once groups one and two have boarded through their respective lanes, lane two turns into the boarding lane for groups 3-5. The information for the United Club card has been collected independently by The Points Guy. The card details on this page have not been reviewed or provided by the card issuer.

As for lane one, it turns into a bypass lane for passengers in groups one or two if they show up late. You can learn more about United's elite status here.

Groups 3-5 include all economy customers — Economy Plus, United economy and basic economy — and board in order, as called by the gate agent. The color green is meant to stand out from United’s color scheme and clearly show passengers where to go.

Unlike the old process, which clustered these three groups and created confusion when group five boarders sometimes ended up in front of group threes, the new process creates clear signage. To do that, United updated the screens around the terminal gates. The screens, as well as the gate agents, tell passengers exactly which group should be lining up and at what time.

Additionally, these two lanes are designed to run parallel through the gates’ waiting areas. Before, lines of passengers would extend out and overcrowd the concourse. The two parallel lanes create more open space in front of the agent’s desk, creating more room for pre-boarders.

After observing two boarding flights, one of which used the old system and the other with the new, it's evident the new process is much more efficient. Although the new process’ intent is to improve customer satisfaction, not necessarily increase boarding time speeds, a Boeing 737-900 boarded within 20 minutes. No passengers were hovering around the gate and groups three, four and five seamlessly made it through one lane. The new boarding process will be in place across all airports where United operates.

Alongside the new process, United updated its travel app. The app uses real-time data to let passengers know exactly when their plane is beginning to board. When the first passenger scans his or her boarding pass, passengers with the app who have push notifications on will receive a text indicating it's time to board. This communication eliminates any stress that can come from timing when to make your way to the gate.