Articles
Max Prosperi is a part-time frequent flyer and travel writer and full-time student. Based in St. Louis, Missouri, Max covers a variety of topics with a focus on points, miles, and aviation.
Follow
May 05, 2019
•
4 min read 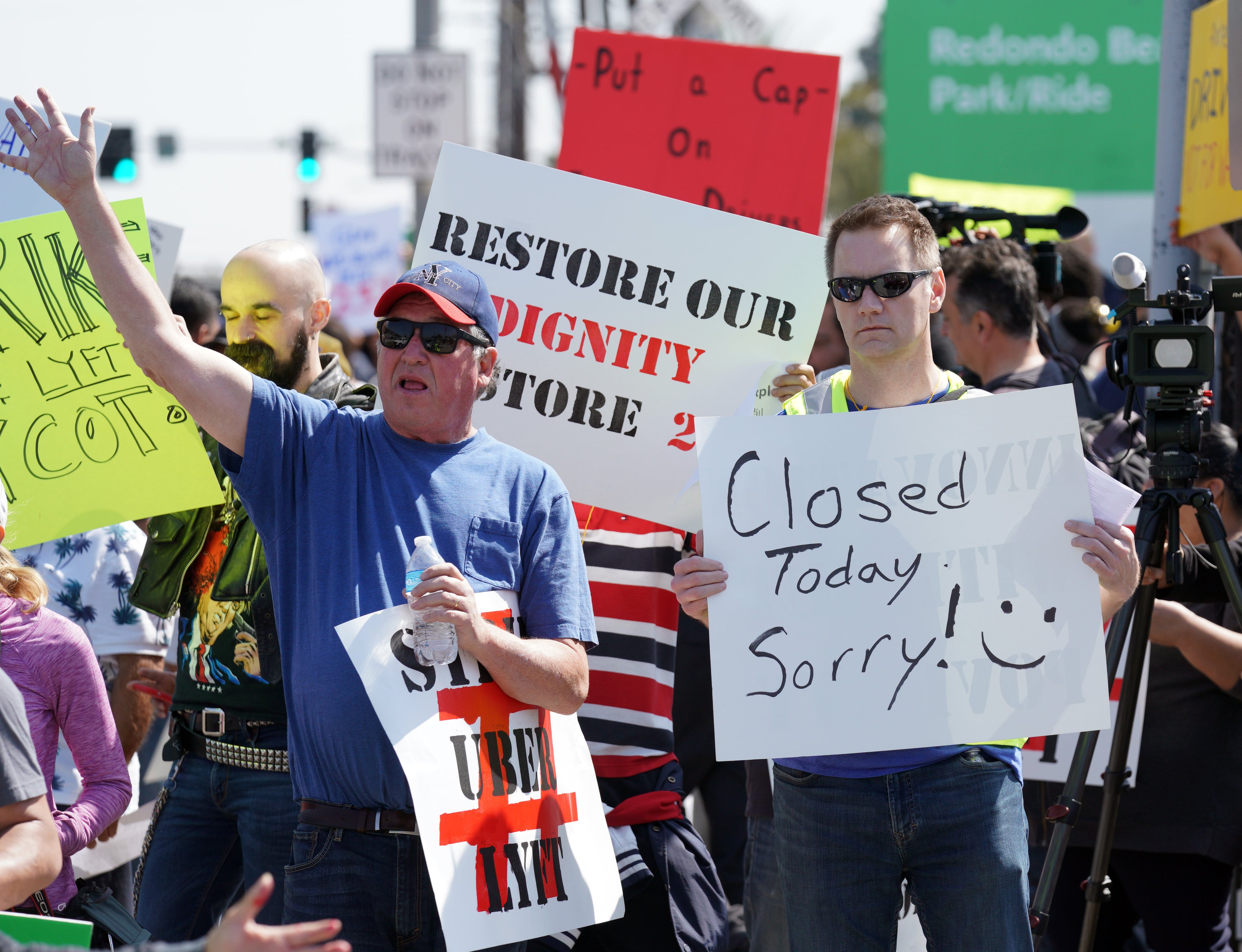 Uber, Lyft Drivers Planning to Strike in Major Cities on Wednesday
This post contains references to products from one or more of our advertisers. We may receive compensation when you click on links to those products. Terms apply to the offers listed on this page. For an explanation of our Advertising Policy, visit this page.

Drivers for popular ridesharing services are reportedly gearing up to strike on Wednesday, May 8. The strike is in response to driver claims that ridesharing companies exploit their workforce and is set to take place before Uber goes public with the company later this week. Drivers see the IPO as another indication that they are undervalued and underpaid while management receives increased pay.

New York City's New York Taxi Workers Alliance (NYTWA) has been the most vocal group with regards to the planned driver strikes. The NYTWA is urging Uber, Lyft, and Via drivers to join the strike and go offline on May 8 from 7 — 9 a.m., during the morning rush hour. The NYTWA is also asking drivers to attend a 1 p.m. rally at the headquarters of Uber and Lyft. "With the IPO, Uber's corporate owners are set to make billions, all while drivers are left in poverty and to go bankrupt," the NYTWA said in a press release.

The NYTWA provided a list of demands in the press release, noting that the drivers were striking to:

"Win job security for app drivers by ending unfair deactivations, secure a livable income by ending the scam of upfront pricing where passengers pay more but drivers earn less. Regulate the fare Uber/Lyft/Juno/Via charge passengers, cap the companies' commission, guaranteeing 80-85% of the fare to the driver!"

In response to the reports of driver strikes, an Uber spokesperson issued the following statement to TPG:

“Drivers are at the heart of our service─we can’t succeed without them─and thousands of people come into work at Uber every day focused on how to make their experience better, on and off the road. Whether it’s more consistent earnings, stronger insurance protections or fully-funded four-year degrees for drivers or their families, we’ll continue working to improve the experience for and with drivers.”

What To Do If Wait Times Impact Your Travel

While rideshare companies have dealt with strikes and protests from drivers in the past with little to no disruptions, there are alternative methods of transportation and ways to minimize the impact a strike has on your travels. First, if you had planned on using Uber, Lyft or other rideshare platforms, be sure to familiarize yourself with alternative modes of transportation in your area.

In New York City, commuters and would-be riders have a plethora of alternative transportation options including the subway, buses and bikesharing, as is the case with most major cities. If you are not familiar with your city's public transportation system, be sure to familiarize yourself with routes and schedules. Additionally, apps like Transit are great for providing directions from your mobile device.