Articles
Katherine Fan is a former senior travel features reporter at The Points Guy who covered everything from personal finance to travel and aviation.
Oct. 23, 2018
•
5 min read 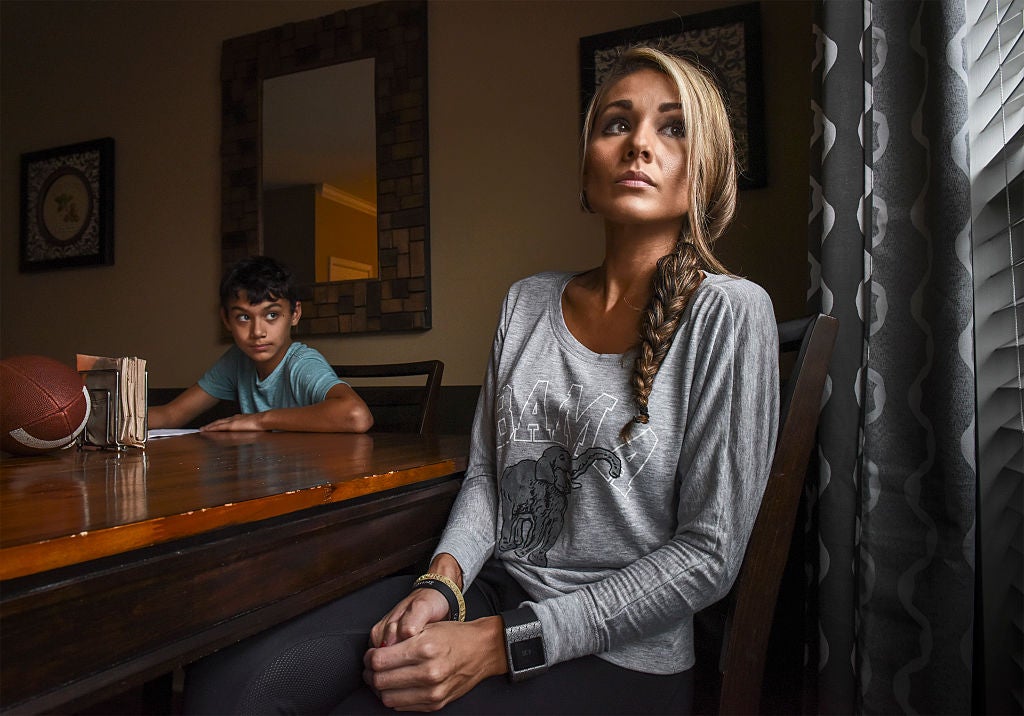 TSA Whistleblower Sues Homeland Security for 'Toxic' Culture
This post contains references to products from one or more of our advertisers. We may receive compensation when you click on links to those products. Terms apply to the offers listed on this page. For an explanation of our Advertising Policy, visit this page.

Amidst the slew of sexual harassment and assault cases under investigation this year, Mark Livingston's story stands out.

Livingston is suing the Department of Homeland Security over alleged discrimination by his employer, the Transportation Security Administration. But Livingston, a Marine who spent 21 years in active duty and deployed to Iraq multiple times before joining the TSA, did not personally experience sexual harassment or assault at the hands of TSA officials. Instead, Livingston witnessed multiple agency bosses bullying and harassing women, including one of his direct reports – and was punished for speaking up. According to the whistleblower complaint he filed on April 27, 2016, Livingston was removed from his senior intelligence position at the TSA in October 2014, "demoted and reassigned for opposing unlawful discrimination against women."

Joseph Salvator, the deputy assistant administrator for office security operations, was one of the officials specifically named in Livingston's 2016 complaint. According to Livingston, Salvator was in Livingston's office working on an employee morale survey when Livingston's executive assistant, former Army staff sergeant Alyssa Bermudez, walked in to deliver her daily news briefs. According to official interviews conducted with Bermudez and Livingston and reported by the Washington Post, Salvator leaned forward in his chair and stared at Bermudez “from head to toe in a sexually suggestive manner," then asked her, “What do you want to be when you grow up?"

“It was very inappropriate,” Livingston said. “He was trying to look down her shirt. He was sucking on his teeth, making it obvious he was making a point of checking her out. There was no doubt what was going on.” According to the Washington Post, Livingston said Salvator clearly expected Bermudez to complain, so later that day, Salvator came to him and said, it’s “our word against her if she files a complaint." Instead, Livingston told Salvator that he would tell the truth if asked about the incident. In response, Salvator told Livingston that he and the other TSA officials couldn't work with Livingston if he was "going to be a Boy Scout."

Livingston stated in his 2016 complaint, "The one basic leadership principle that has been with me my entire adult life is as a Marine, we do not lie, cheat or steal, and we do not tolerate those that do. It is just that simple."

Soon after that incident, Livingston, who continued to support Bermudez's account of the incident, was demoted from his leadership in early October 2014. A few weeks later, Bermudez attended a town-hall-style meeting where she discovered Salvator had been promoted. One day later, Bermudez received a text from the TSA official to whom she had reported Salvator's offensive behavior, stating that Bermudez had been placed on administrative leave with no explanation. When she was later allowed to return, she was then fired five days before the end of her one-year probationary period.

The TSA has been the subject of a congressional inquiry as of September 2018 for reports of rampant "misconduct, mismanagement, whistleblower retaliation and obstruction" including numerous allegations of sexual harassment and intimidation. House Oversight and Government Reform Committee Ranking Member Elijah Cummings stated that "urgent reforms are necessary" to restore functionality and transparency to the federal agency responsible for overseeing the security of US commercial air travel.

House investigators are blaming the TSA's "toxic culture of high attrition and poor morale" on corrupt executives who colluded to cover up wrongdoings. "...Everybody else was covering for everybody else,” Livingston said. “[The leadership] all circled the wagon. And I didn’t want to be a part of it... They were mostly all dirty.” Although the reform committee began investigating the complaints in 2015, both DHS and the TSA have dragged their feet on providing the full scope of relevant documents subpoenaed under the investigation.

TSA has not commented on Livingston's specific case since the suit is under active litigation. However, House investigators have stated that the broader issue of TSA leadership misconduct has had a lasting impact on the agency, which corroborates Livingston's account. Since 2015, when allegations first began surfacing against the TSA at the time, investigators have “found TSA leadership inappropriately used involuntary directed reassignments to retaliate against disfavored employees and whistleblowers, among other tactics.”

"I call it the Lord of the Flies," Livingston said during a 2016 hearing. "You either attack or be attacked." Livingston did not mince his words, further stating that "No one who reports issues is safe at TSA" and that former TSA Administrator Peter Neffenger, while "well intentioned," failed to curb the insubordinate leadership under his management.

"If you have toxic, cancerous leaders injected into this process, it undoes all the work the good leaders are trying to do," Livingston said.

Current TSA Administrator David Pekoske took over management of the beleaguered agency in August 2017, after the allegations against corrupt leadership came to light. Pekoske said there will be “zero tolerance for egregious or offensive behavior under my tenure.” Prior to joining the TSA, Pekoske served as the second in command for the US Coast Guard, spanning a career that included extensive operational and command experience.

Livingston's suit against the Department of Homeland Security will be tried before the Eastern District Court of Virginia on Monday, Oct. 29.