Articles
Emily McNutt is The Points Guy's Global News Editor and is based in London.
Follow
May 09, 2018
•
3 min read 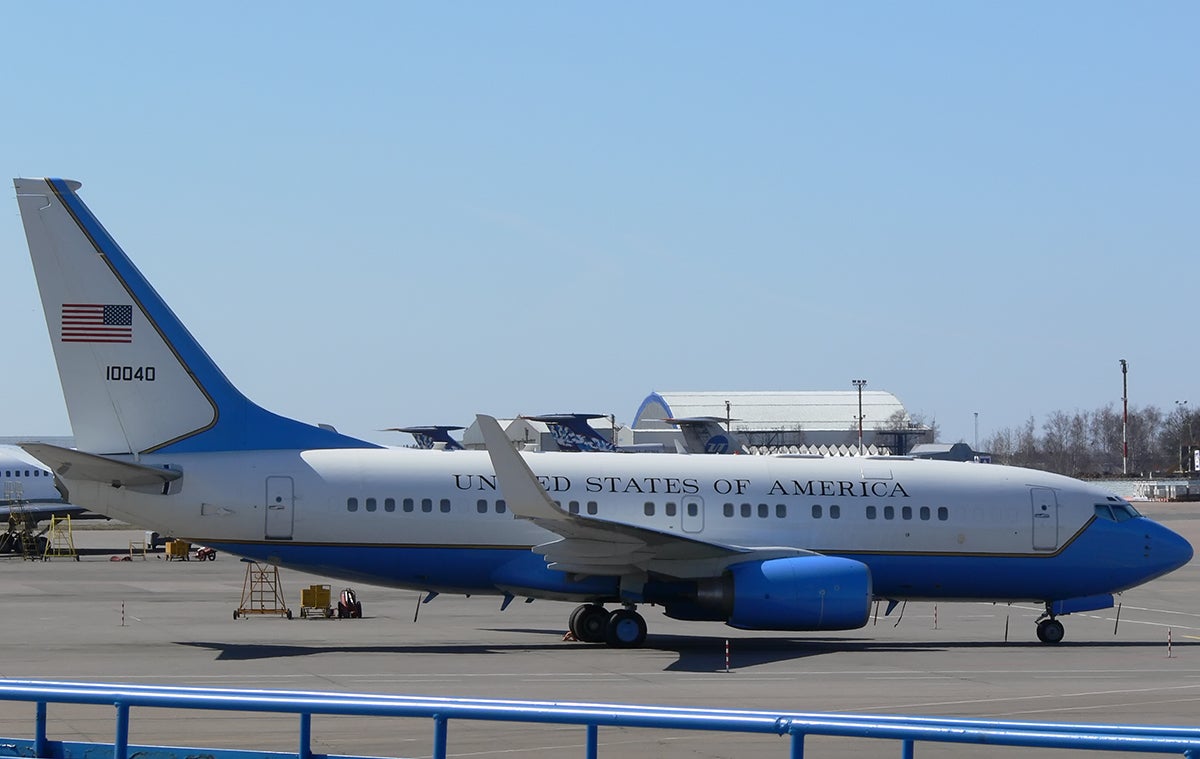 How to Track the Plane Bringing the US Detainees Back From North Korea
This post contains references to products from one or more of our advertisers. We may receive compensation when you click on links to those products. Terms apply to the offers listed on this page. For an explanation of our Advertising Policy, visit this page.

On Wednesday, three Americans who had been detained in North Korea were released. President Trump announced on Twitter that the three and Secretary of State Mike Pompeo are en route back to the US from North Korea, and are expected to land at Andrews Air Force Base at 2:00am, where he will greet them.

The four, along with a press pool, are en route from North Korea to Andrews (ADW), having completed the first leg of their journey just after 9:30am ET. After leaving an undisclosed location in North Korea, the three former detainees were reportedly seated with medical personnel on a US Air Force plane, curtained off from press on board. The aircraft stopped to refuel at Yokota Air Base (OKO) in Japan. Video shows the Boeing C-32A, the military transport version of the 757, with the UA Air Force 98-0001 tail code landing at OKO.

The Associated Press' Matt Lee reports that the former detainees are being transported home to the US from OKO on board a different aircraft than Secretary of State Pompeo's. A Boeing C-40 Clipper, the military version of the 737, with a 01-0041 tail number departed from OKO at around 11:00am ET, likely carrying the three. However, after it had left the airspace over Japan, the aircraft was no longer trackable.

According to PlaneSpotters.net, the C-40 carrying the former detainees is just over 16 years old. It began operation with the US Air Force in 2005.

According to PlaneSpotters.net, the C-32A is more than 20 years old. The aircraft was first delivered to the US Air Force in June 1998.

To attempt to track both aircraft, you can use ADS-B Exchange. Unlike some other flight-tracking services, ADS-B Exchange shows military aircraft. Once you access the page, click Global Radar View in the right column, which will bring you to a map-like feature. Then, in the top left corner, click Menu and then Options. Then, click the Filters tab and enable the Military filter. Back on the map, scroll to the Northern Pacific — they are most probably stopping for fuel in Anchorage, Alaska, before heading to Andrews — and you will likely see the planes carrying the three former detainees and Pompeo.

Note that there may be blackout times when one or both aircraft don't appear on the map, as they may be outside radar coverage. However, they should reappear when over US airspace.

The three, all Korean-American men, were detained for as long as two years. Their release comes in advance of President Trump's summit with Korean leader Kim Jong Un, and the president reportedly views the release "as a positive gesture of goodwill." In 2009, former president Bill Clinton flew back from North Korea with two US journalists who had been detained by North Korea and whose release he negotiated. That time, he flew back with the two on a chartered private Boeing 737 BBJ business jet.