Deplaning through three doors? India-based airline is giving it a try 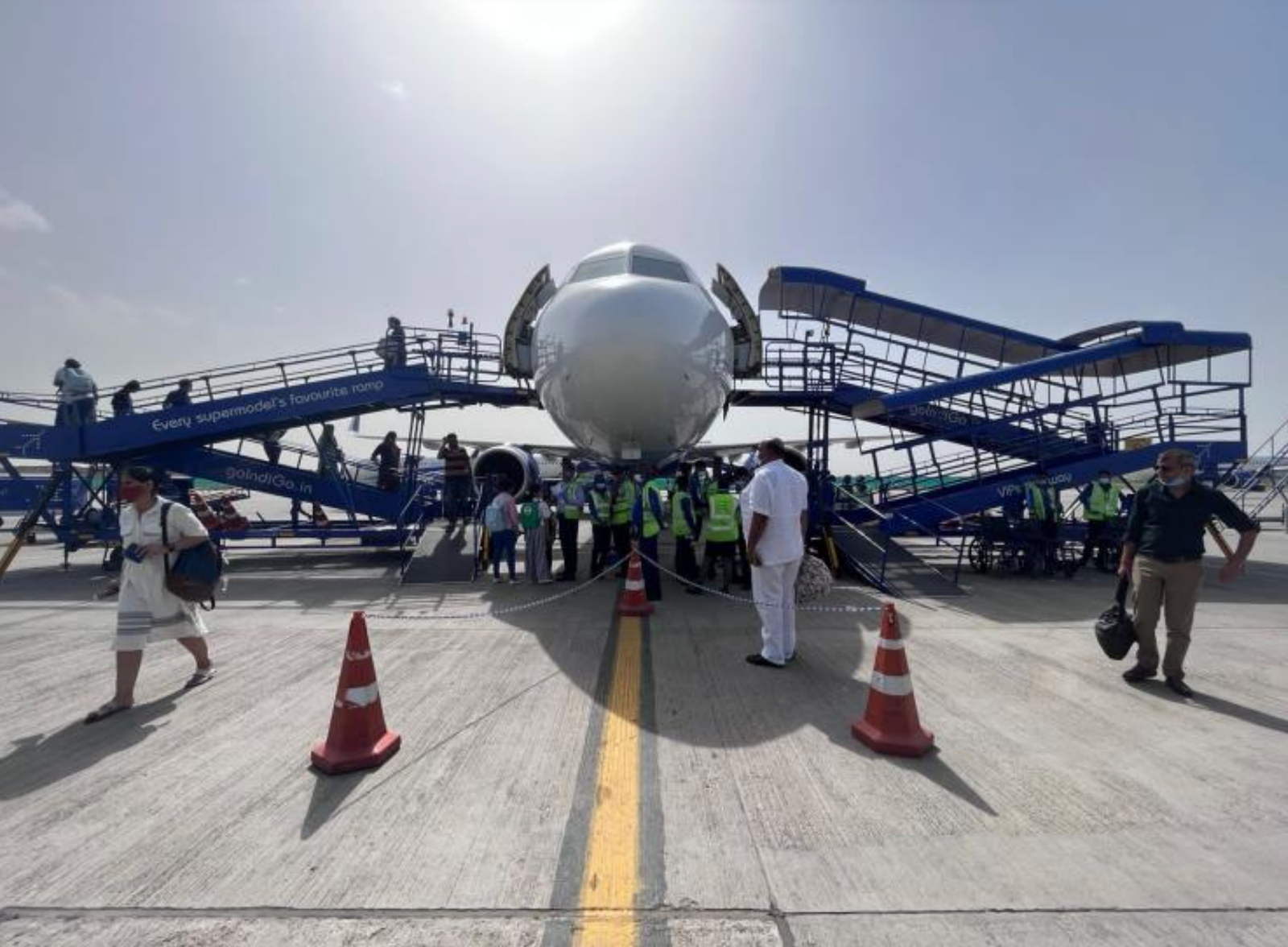 I’m willing to bet that on the vast majority of flights on which you’ve flown in your life, you’ve boarded through one door and deplaned through that same door. There are, of course, exceptions to that.

Depending on an airport's infrastructure, there might be multiple boarding doors used on certain large aircraft like an Airbus A380, which has two decks. An airline may also make use of an additional door when there’s remote boarding; I boarded through the back door of an Airbus A321 this spring at Providenciales International Airport (PLS) while visiting Turks and Caicos.

One international airline is taking things a step further.

Calling this a “revolutionary” step, the airline will use the three doors — two at the front of the plane and one at the back — for deplaning when using remote boarding when there’s no jet bridge involved.

The move is a “simple yet effective way to complete a smooth travel experience for our customers,” IndiGo executive vice president Sanjeev Ramdas said in a statement.

India's largest carrier, IndiGo flies to a long list of domestic destinations within the country and internationally. The airline is also a partner with American Airlines.

IndiGo will start using this ‘three-point’ deplaning process upon arrivals in Delhi, Mumbai and Bengaluru — all airports within India. However, the carrier has plans to roll out this deplaning process to airports across its network.

The carrier claims to be the first in the world to use such a process. The hope is that this will speed up the process of getting passengers off of planes, and thus the process of turning planes around for the next flight.

An option for U.S. airlines?

IndiGo aircraft set to use this new system include the carrier’s fleet of Airbus A320 and A321 jets, both of which are also aircraft types used by U.S. airlines.

But is three-door de-boarding a realistic option for U.S. airlines?

While pointing out some airlines used the tactic on twin-aisle, wide-body aircraft back in the 1980s — using jet bridges, no less — the process was generally deemed "fairly complicated," Mann said, and used only at select airports with the right equipment. Specifically, that would be airports that had over-the-wing jet bridges.

He expects the benefits of deplaning through both the left and right sides of the plane would not prove to be beneficial enough to warrant the change.

Simply put, whether this is a concept that catches on with other airlines remains to be seen. There’s no doubt, at the very least, there would be logistical challenges associated with flights that connect to airports by jet bridge, which is how a majority of flights at major airports operate.

Still, when you think of the time you spend on board planes after reaching the ground, it’s a unique idea to think about — or try out if you happen to be flying with IndiGo in the near future.

Featured image by (Photo courtesy of IndiGo)
Editorial disclaimer: Opinions expressed here are the author’s alone, not those of any bank, credit card issuer, airline or hotel chain, and have not been reviewed, approved or otherwise endorsed by any of these entities.