The Greyhound Bus Company Is Up For Sale

Articles
Katherine Fan is a former senior travel features reporter at The Points Guy who covered everything from personal finance to travel and aviation.
May 31, 2019
•
3 min read 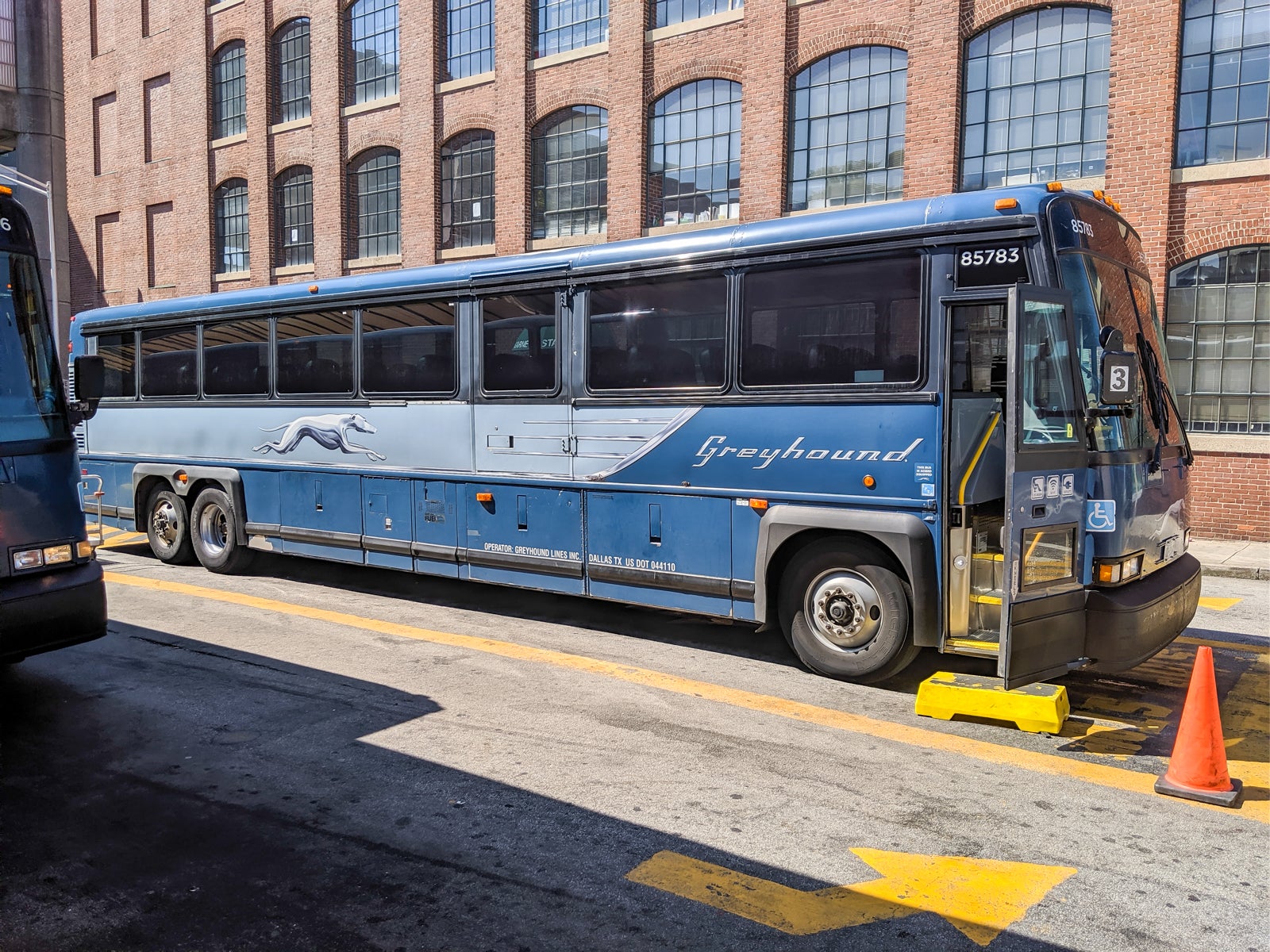 The Greyhound Bus Company Is Up For Sale
This post contains references to products from one or more of our advertisers. We may receive compensation when you click on links to those products. Terms apply to the offers listed on this page. For an explanation of our Advertising Policy, visit this page.

Dallas-based Greyhound is looking for a new leash.

North America's best-known intercity bus operator has been put up for sale by its current owner, FirstGroup, although the value of the brand is still nebulous. The British company, which purchased Greyhound in 2007 for $3.6 billion, is seeking to divest itself of its highway-dependent US investment as well as its UK spinoff brand, First Bus. Both brands face increasingly steep competition from budget carriers and have attracted the notice of shareholders concerned about profitability.

“The issues at Greyhound have revolved around the impact of low cost airlines coming into some of our markets and (the) relatively low oil price over the year, which in the US means more people get into their cars,” FirstGroup CEO Matthew Gregory said.

A household name for over 100 years, Greyhound was founded in 1914, just six years after Ford's Model T hit the market. The iconic brand connects the north American continent through a spiderweb of scheduled routes, transporting approximately 17 million passengers between nearly 2,400 destinations each year.

These 10 strategies will help you find cheaper flights

Just for fun, we asked TPG Lounge readers to offer suggestions on ways the Greyhound brand could improve its current offering to appeal more to modern travelers. Ken Stern's first reaction was, "You mean [the brand is] actually still around?"

"Disband it. Sell off the parts. Call it a day," Harrison Schultz unequivocally stated. Jim Sliwa agreed. "Sell it for parts?"

Meanwhile, others had creative suggestions on ways to refresh the brand. "Put wings on all the buses," said Chase Kramer. "Pull up to all the gates expecting an Airbus, [then] watch the look on people’s faces." In more practical insight, A.R. Mattheus felt that, in his own firsthand recent experience, offering more hands-on customer service would help the brand refurbish its shoddy reputation. "Having an agent [at the station] to do automatic refunds would [make] it much easier in the case of ...delay[s]," he said. Mattheus told TPG that rival bus company Bolt eventually earned his business because of his frustrations with Greyhound. "I was able to pay about $6 more in the end to hop on a Bolt bus."

Other readers offered thoughts along the lines of sustainable transportation. "Convert all buses to run on renewable natural gas and offer it as a carbon-neutral or carbon-negative transportation option," said Allison Cunningham. Yet others agreed with FirstGroup's decision to drop Greyhound altogether. "Shut it down," said Michael Simon. "Their tickets aren't competitive at all; sometimes, it's cheaper to fly than to deal with that mess." I've been on Greyhound three times, and every time, there was a major issue that caused hours of delays in a hot bus."

Brainstorming more outside the box, Greyhound could consider investing its existing resources toward other niche forms of transportation, such as party bus offerings to the Hamptons, Napa and Sonoma, and other popular destinations that are only accessible by road, thus requiring designated drivers.

Featured image by (Photo by JT Genter / The Points Guy)