Remembering the 34 flight crew members who died on 9/11

Articles
Caroline Tanner covers news and travel for TPG. She is a journalism graduate of Mizzou and Northwestern.
Follow
Sept. 10, 2021
•
7 min read 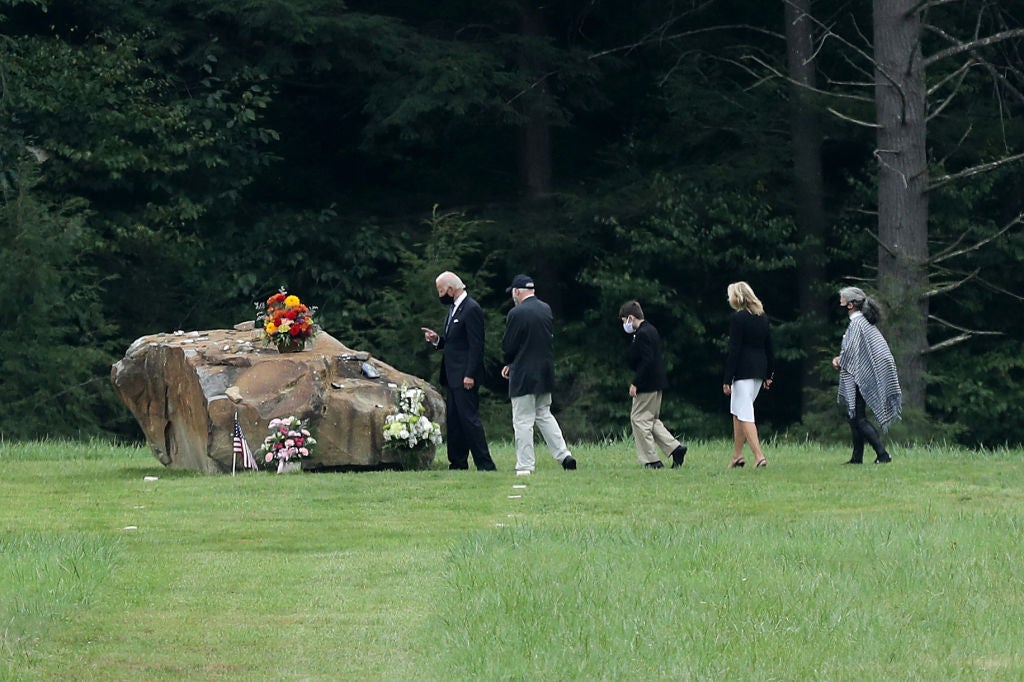 Remembering the 34 flight crew members who died on 9/11

As we approach the 20th anniversary of 9/11, there are now young 20-somethings who were just small children on that date and those even younger who aren't aware of what life was like before Sept. 11, 2001. A world when we didn't have daily fears over terrorism and when traveling was much more carefree.

I came home from school that day, walked across the street from my Catholic grade school in St. Louis to my parents' home, where my grandmother had been visiting from Arizona. As an amateur golfer, she was in town for a PGA tournament at Bellerive Country Club, excited to see Tiger Woods in his heyday. As I walked across the blacktop and crossed the street, she was there patiently awaiting my arrival. My most vivid memory of the day is her standing over the kitchen sink, washing potatoes for a pot roast that night, attempting to explain to a fifth-grader the magnitude of what had just occurred, before we even knew really what happened.

In those beginning minutes that turned into hours and eventually days, we started learning about the identities of the four flight crews hijacked — American Airlines flights 11 and 77 and United Airlines flights 175 and 93, on which 34 members lost their lives serving our country, per data from the 9/11 Memorial & Museum.

Read more: I worked for an airline on 9/11; here’s what it was like on that terrible day

The first American flight, AA Flight 11, crashed into the north tower of the World Trade Center at 8:46 a.m. with 11 crew members onboard, after departing from Boston Logan International Airport (BOS) en route to LAX. Seventy-six passengers were onboard, in addition to its two co-pilots and nine flight attendants, including head flight attendant Betty Ong, 45, who notified the airline's reservation desk in North Carolina via phone of the developing situation onboard, marking the first official communication that a terrorist attack had begun.

“The cockpit is not answering. Somebody's stabbed in business class, and, um, I think there's Mace and we can't breathe," the 14-year flight attendant communicated. "I don't know, I think we are getting hijacked.”

Ong remained on the phone for 23 minutes, according to the 9/11 Memorial & Museum. Just 11 minutes later, flight attendant Madeline Sweeney, 35, reported the hijacking to a manager at Boston Logan International Airport in a 12-minute call, when she helped identify the hijackers.

Related: Honoring 9/11 crew: A former flight attendant on his quest to push a beverage cart from BOS to NYC

At approximately 8:30 a.m., pilot Saracini responded to a request from air traffic controllers to survey the airspace for the aforementioned AA Flight 11, which had become nonresponsive and was flying below cruising altitude.

“We heard a suspicious transmission (from another aircraft) on our departure out of Boston — like someone keyed the mike and said everyone stay in your seats ... Did you copy that?,” he said, as told by the 9/11 Memorial & Museum, seemingly unaware the AA flight had been hijacked.

Shortly after that five terrorists took over the plane by claiming to have a bomb. At 8:42 a.m., a flight attendant onboard, believed to be Fangman, notified United that Saracini and First Officer Horrocks had been killed.

In October 2018, Congress enacted the Saracini Aviation Safety Act, spearheaded by Saracini's wife, Ellen Saracini, mandating the installation of secondary barriers between the passenger cabin and cockpit door on newly manufactured airplanes in the U.S. Earlier this year, Rep. Brian K. Fitzpatrick, R-Pa. and Democratic Sens. Bob Casey and Pat Toomey, both of Pennslyvania, introduced a pair of companion bills named the Saracini Enhanced Aviation Safety Act, which would require secondary barriers be applied to all passenger airplanes, not just newly manufactured ones.

The second AA flight crashed into the Pentagon building at 9:37 a.m., after departing Washington Dulles (IAD) with 52 passengers and seven crew members, including flight attendant Renée A. May, 39, who was pregnant. May called American Airlines shortly before the plane crashed, which led to the shutdown of all U.S. airspace, grounding of all civilian planes in the U.S. and landing of all airborne planes.

AA Flight 77 was led by Naval Academy graduate Charles Burlingame, who was one day away from turning 52, and co-pilot David Charlebois, 39. Among the flight staff were Jennifer Lewis, 37, and Kenneth Lewis, 49, who were married; Michele Heidenberger, 52; and Mary Jane Booth, 64.

The fourth flight, UA Flight 93, was headed to San Francisco (SFO) from Newark (EWR), before crashing into a field in Shanksville, Pennsylvania, roughly 74 miles southeast of Pittsburgh. The seven-person crew and 33 passengers managed to successfully divert the plane from its likely target of the White House or the U.S. Capitol by disabling the plane's automatic pilot, according to the U.S. government's 9/11 Commission Report.

Co-pilots Civil Air Patrol veteran Jason Dahl, 43, and Air Force veteran Major LeRoy Homer, 36, were integral to the diversion of UA Flight 93, and as such are honored in a National Park Service memorial dedicated to Flight 93, erected on Sept. 24, 2002. The flight crew onboard included veteran flight attendants Deborah Welsh, 49, and 49-year-old Wanda Green, a 29-year industry veteran and one of the first Black United flight attendants. Also onboard was former police officer CeeCee Lyles, 33, who left a voicemail for her husband and children, in which she said “I’m on a plane that's been hijacked. Please tell my children that I love them very much.”

There was also Sandy Bradshaw, 38, who reportedly called United Airlines to report the hijacked flight, and later worked with others onboard to boil water to throw at the terrorists.

As the most senior flight attendant that day with 37 years of experience, Lorraine Bay, 58, was known by her colleagues for carrying a corkscrew in her pocket with her name in tape and the initials of EWR, her home airport base, according to the 9/11 Memorial & Museum. It is believed that the corkscrew was used by Bay and crew in the mutual attempt by crew and passengers to recapture the plane. The corkscrew was found at the crash site and remained in FBI custody until 2014, when it was returned to Bay’s husband, Erich Bay, before being donated to the 9/11 Memorial & Museum, along with Bay's recovered United Airlines ID badge.

In total, 246 passengers and crew members aboard the four planes hijacked by 19 terrorists who had breached the cockpits were among the 2,977 people killed on 9/11.