Take Monday Off. Tell Your Boss This Is Why.

Articles
Katherine Fan is a former senior travel features reporter at The Points Guy who covered everything from personal finance to travel and aviation.
Sept. 14, 2018
•
5 min read 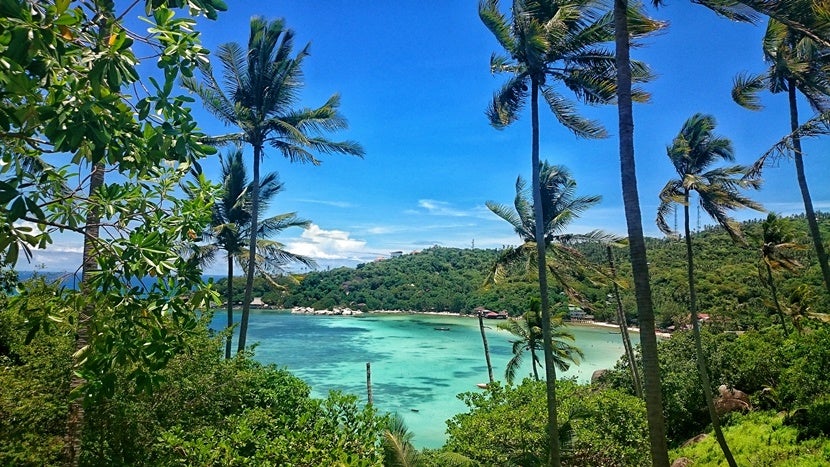 Summer may be winding down, but summer Fridays don't necessarily have to end with the season: Experts now believe that multiple short vacations throughout the year may be more restorative than one longer grand tour.

In the past, researchers have suggested that the ideal amount of time off is eight days at a time. But Jonathan Alpert, a Manhattan-based psychotherapist and performance coach, believes that three- or four-day getaways are more refreshing because they typically come with far less planning, expense and hassle than major vacations. “Clients often tell me they want to go as far away as possible for as long as possible,” Alpert said. “But then it takes a day to get to their destination, they run into issues accessing their email in a remote place, and inevitably, they get so stressed planning it that they aren’t able to truly disconnect.”

Alpert analogizes the impact of taking one long vacation to the long-term effects of binge sleeping: Sleep deficit during the week can tempt you to make it up by sleeping all weekend. But while you may feel well-rested afterward, binge sleeping doesn’t make up for the lost health benefits that come with getting a full eight hours every day. In the same way, vacations work similarly: One long trip may feel great at the time, but taking multiple shorter getaways allows you to enjoy the same vacation mindset more frequently throughout the year.

The American working class seems to agree with Alpert, since weekend trips have risen in popularity in recent years. According to a December 2017 Enterprise Rent-A-Car survey, 85% of Americans ages 25 and up stated that they planned to take at least one weekend trip in 2018 – up seven percentage points from 2016's survey results. Nearly 50% survey responses further cited stress as a top reason for wanting to take a weekend trip.

In previous years, research has suggested that long weekend vacations don't offer modern workers enough time to to reap the benefits of paid time off, because employees increasingly work longer hours and bring their work devices with them. However, the Enterprise survey showed that the vast majority of vacationers wanted a “true escape” — no work emails to read and respond, with limited or no access to social media and news updates, especially political news. Alpert believes that unplugging for short stints several times throughout the year can go a long way toward providing that escape.

Here are some compelling reasons to book that fall weekend trip right now:

A 2018 survey by Project: Time Off, people often find planning vacation logistics to be a daunting task. However, three- to four-day trips require far less advance planning. Driving becomes a much more feasible option in many cases, which can offer additional flexibility and spontaneity.

Shorter trips also mean less time away from the office, resulting in less of the dreaded email inbox pile-up. “If you’re away for 10 days, sometimes it can take people a few days to get out of the work mode and settle into vacation mode,” Alpert told NBC News. “What I also find with a lot of my clients is that, a day or two before the vacation is set to end, they start to get really stressed about going back to work.” Instead of hoarding your annual PTO, allocating it in shorter bursts throughout the year makes it easier to maintain overall work productivity while getting regular rest and recharge time.

It's easier to disconnect on short getaways

No matter how much we may crave that "true escape," it's difficult to unplug ourselves from our phones, tablets and laptops. Modern devices are explicitly designed to be addictive; research shows that scrolling through Facebook or Instagram delivers tiny hits of dopamine to our brains. Shorter trips offer the opportunity to try leaving our work and personal lives at home on a "digital detox." A recent study found that avoiding Facebook for a timespan as short as five days resulted in lower levels of the stress hormone cortisol.

“It’s hard for people to disconnect for 10 days,” Alpert said. “Three days is easier to accomplish. It’s a more attainable goal. When you only take a couple days away, you’re setting yourself up for success.”

Another major perk in favor of long weekend getaways is that they automatically cost less by nature of the trip duration. Travel hackers especially have an advantage here, since it's relatively easy to commit to a mistake-fare trip with PTO days that aren't already budgeted for a massive year-end trip.

At the end of the day, research suggests that we experience our biggest boost in vacation-related happiness during our anticipation of the trip. “So much of what brings happiness and pleasure to people is being able to plan and look forward to creating memories,” Alpert says. “If you have more of those in a given year, it’s only going to help people to feel happier.”

Featured image by Welcome to paradise. Let's keep it that way by being responsible tourists.