Articles
Andrew Kunesh is a senior editor at The Points Guy covering loyalty programs. He's been a miles and points fanatic since 2014 and previously wrote for Upgraded Points and Credit Karma. Outside of the travel world, Andrew is a cyclist, craft coffee aficionado and — despite now living in NYC — a Chicagoan at heart.
Follow
Feb. 24, 2022
•
6 min read 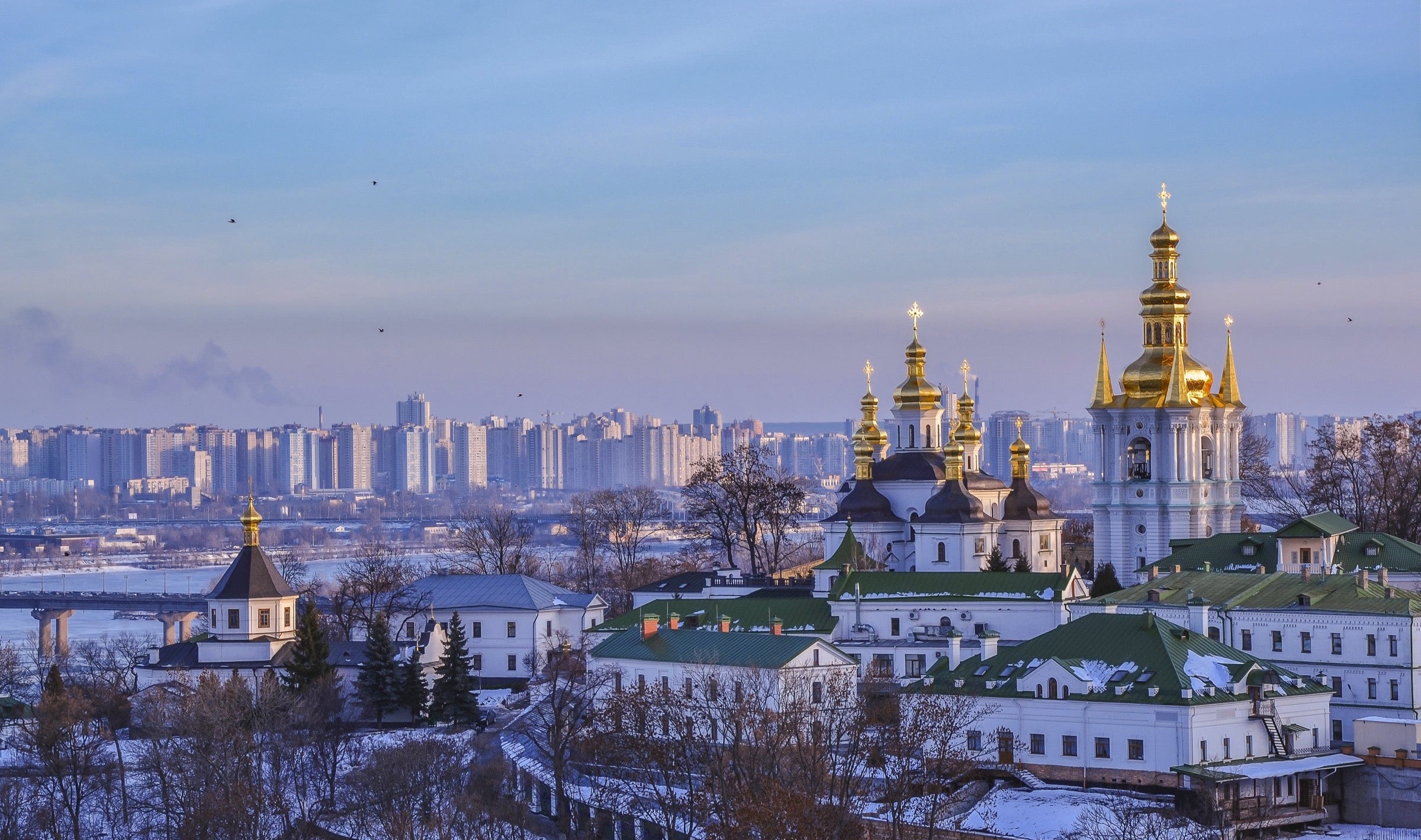 Ukraine has been forced into war after Russia invaded. Over the past 24 hours, explosions have been heard all around the country, with civilian deaths and injuries already being reported. Unfortunately, there has been no sign of slowing these senseless attacks as Russia aims to "demilitarize" the independent country of Ukraine.

This has disrupted the lives of Ukrainians all across the country. Some are being sent to fight for their country's freedom, and may never return to their families. Others are caught in the crossfire by simply living their day-to-day life in Ukraine.

And while we in the U.S. might be thousands of miles away from the conflict, we have the ability to help the Eastern European nation from right here at home. Whether it's by supporting the Ukrainian free press or donating money to send humanitarian aid, there are ways you can donate to help Ukraine move through this tragedy.

In response to the conflict, The Points Guy and our sister company, Lonely Planet, have donated $10,000 each to two great causes in Ukraine, for a total of $20,000 donated. But you don't have to donate thousands of dollars to make a real difference -- here are four organizations you can donate to right now.

Support the free press by donating to the Kyiv Independent

The free press is always important, but especially during times of conflict and war.

It keeps citizens informed of what's going on around them, including warning of impending attacks and political happenings. Likewise, it keeps the rest of the world informed of the war situation, and how it affects them (even on the other side of the globe).

The publication has reporters on the ground in Kyiv and throughout the rest of the country reporting on the Russian invasion. Its staff covers everything from where attacks are taking place to the latest sanctions imposed on Russia from abroad.

Right now, the publication is totally funded by monthly Patreon donors and through funds raised via its GoFundMe campaign. Your dollars go a long way in sustaining the Kyiv Independent's operating costs and keeping reporters going as they cover the war through an independent outlet.

It's worth noting that the Kyiv Independent is not registered as a traditional nonprofit, but we feel as though it's an important cause to donate to as one of Ukraine's few independent English-language publications.

As publications ourselves, TPG and Lonely Planet believe that supporting the freedom of the press is important both at home and abroad. Both publications have donated $5,000 to the Kyiv Independent's GoFundMe campaign in an effort to sustain independent journalism during this crisis.

Humanitarian aid is also important during times of war. It provides essentials to citizens throughout the country, like food and medical and hygiene products that may be in short supply or not affordable for those out of work. Likewise, many humanitarian aid nonprofits provide medical services to those in need.

In Ukraine, the two major charities supplying aid are Nova Ukraine and the Ukrainian Red Cross.

Nova Ukraine is a Palo Alto, California-based 501(c)(3) nonprofit that has long provided humanitarian aid to Ukrainians and is dedicated to raising awareness about Ukraine in the U.S. and abroad. It works closely with Ukrainian nonprofits and volunteers to provide aid to vulnerable groups in the country and has raised over $500,000 since December 2013.

Right now, Nova Ukraine is actively sending aid to affected regions of Ukraine. For example, it's sending food, diapers and other goods to an orphanage in the Donetsk area of Ukraine. You can donate to Nova Ukraine's efforts on their website. The Points Guy and Lonely Planet have donated a combined $10,000 to the cause to help support their needs during this crisis.

Recently, the organization has sent humanitarian aid to the Ukrainian military and hospitals, sending things like bandages to areas affected by the conflict.

The charity is extremely transparent in how it spends donated funds. You can view a breakdown of soldiers the organization has helped on its website. The charity also commits to spending no more than 10% of funds on operational costs. You can donate to Revived Soldiers Ukraine on the organization's website.

As travelers who view the world as more connected than it is divided, we feel it is important to do our part to help Ukrainians as the nation fights for freedom and deals with unprecedented attacks.

Whether you donate to provide humanitarian aid or support the Ukrainian free press, your donation — however large or small — can help.