Traveling to Spain? Don't Fall Victim to This Common Scheme

Articles
Melanie Lieberman is the managing editor for global features and manages destination, hotel, cruise and product features and news. Formerly a Travel + Leisure editor, her work appears in Bloomberg Pursuits, Jetsetter, Saveur and others.
Follow
May 09, 2018
•
5 min read 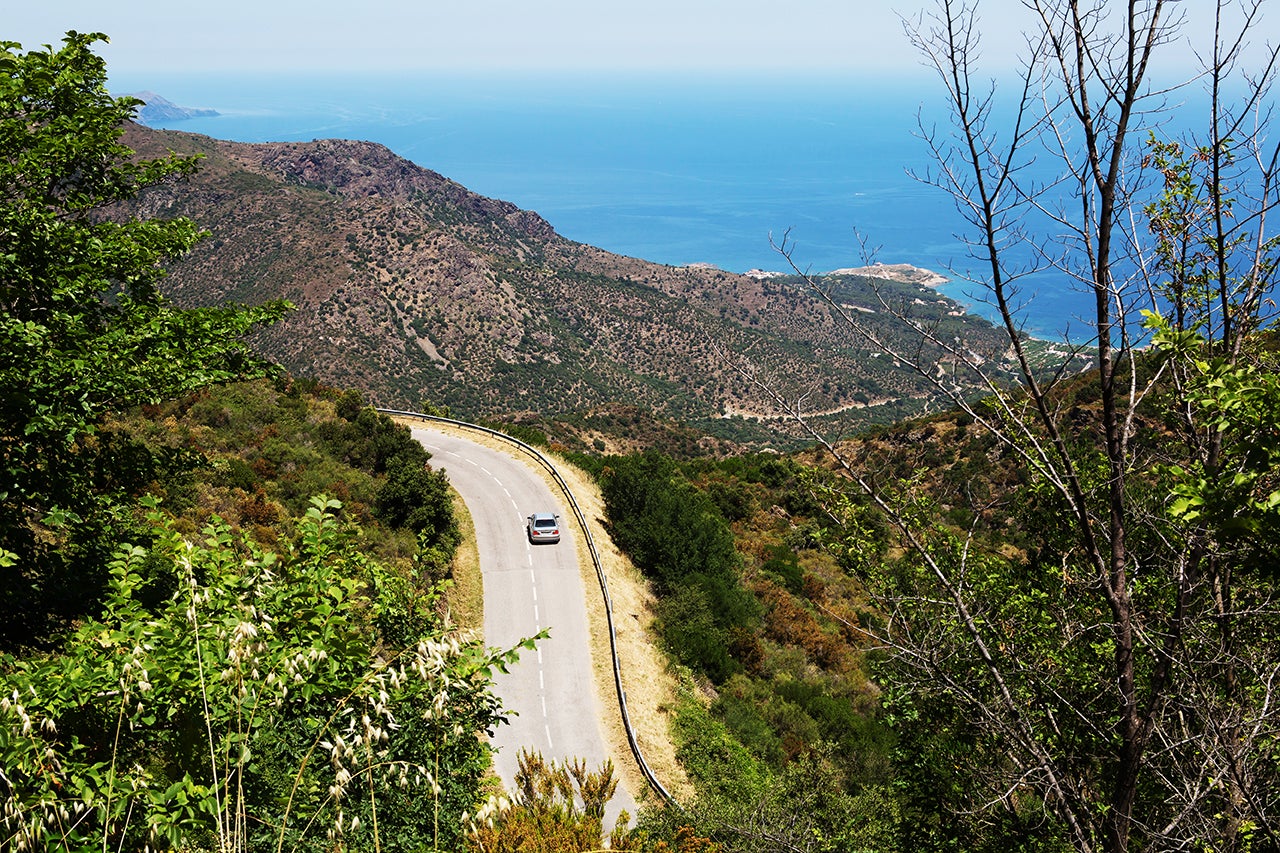 Traveling to Spain? Don't Fall Victim to This Common Scheme
This post contains references to products from one or more of our advertisers. We may receive compensation when you click on links to those products. Terms apply to the offers listed on this page. For an explanation of our Advertising Policy, visit this page.

Three days into a recent road trip along the Costa Brava region of northeastern Spain, my boyfriend and I stopped in the seaside town of Sant Feliu de Guíxols for dinner. After grabbing a quick bite, we returned to the parking lot where we left our rental car and found a brick thrown through the window. All of our belongings had been stolen from the trunk.

At the time, it seemed like a random, isolated attack.

But exactly one week after the incident, TPG reader Kelly Roland emailed our tip line saying she was robbed in a similar fashion while tracing the exact same coastal route during a trip with a friend.

“We were driving back from Cadequés to Barcelona,” Roland told TPG, “when a mid-size BMW [with a few guys in it] pulled up next to us on the highway.” The man in the front seat, Roland explained, was insinuating there may be something wrong with their tire.

“And we assumed he was doing a good deed," Roland said.

The man pointed to a busy rest stop ahead, and Roland pulled off the highway — and the BMW followed.

Roland’s friend got out of the rental car to look at the tire in question, and the man joined her, gesturing to the tire and speaking loudly in broken English. “He kept pointing at me to come out of the car,” Roland said. Eventually, she did. “Now all three of us are looking at the passenger-side tire. And you can see there’s nothing wrong with it.”

“[Later] I realized he had been talking loud so we didn’t hear the doors opening and closing.”

While the man feigned concern about the car tire, his accomplice had crawled over to their vehicle and stolen their belongings. The men took off, leaving Roland and her friend completely shaken — and robbed.

Roland and her friend proceeded to the nearest police station, in Barcelona, where they were informed that this was a rather common scheme on this particular stretch of highway. An officer told Roland they had seen it — perhaps a bit hyperbolically — “one, two, maybe three thousand times” before.

“Unfortunately, the highway and car scam does occur in the Catalonia region,” Nieves Huecas del Ordi, coordinator of innovation at the Madrid Destino Tourism Office, told TPG. “While this [isn’t] popular in Madrid, pickpocketing and other petty crimes or tourist scams can occur here, or in other regions of Spain.”

Jorge Ortega, a teacher based in Madrid, told TPG he first heard about a variation on this scheme at least eight years ago.

Ortega said that though they “prefer tourists,” thieves of this variety tend not to make a distinction between locals and travelers. “They typically stay at a rest area, and when a driver stops, they damage the tire. When the car leaves, they follow and advise the driver to stop because of the tire. One of the robbers catches the attention while the others steal all they can from the car.”

Attacks such as this, Ortega added, “usually [occur] on the AP-7 highway.”

It's the very route travelers often take to explore the scenic stretch of Catalonia known as the Costa Brava.

“US citizen travelers in Spain are sometimes subject to car theft, as well as criminal schemes like the one [Roland] described,” a representative from the US Consulate General in Barcelona confirmed to TPG.

A notice about safety and security in Spain on the State Department's website warns that "thieves may work in teams to distract your attention, while an accomplice makes off with your valuables."

"If you are stopped by a plainclothes policeman while walking or driving," the statement continues, "ask to see their law enforcement identification."

How to Protect Yourself

Though Roland and I were subject to different crimes, there were more than a few similarities to our stories. We were both driving upscale Sixt rental cars in the Costa Brava region of Spain, and we had both left personal belongings in sight.

At the police station in Barcelona, Roland asked a translator how this situation could have been avoided. The translator said that car rental agencies should really warn travelers about the frequency of these schemes — and that it’s wise to remove any identifying car rental stickers or signage from the vehicle, regardless of whether or not the companies approve.

According to the US Consulate General, the single best action travelers can take to avoid being the victims of petty theft and criminal exploits is to keep belongings out of sight. In addition to never leaving bags unattended, travelers with personal possessions in a rental car should take care to keep purses and suitcases secure in the trunk.

Sometimes, however, you do "everything [you] know to do," as Roland said, and still things go awry. Using the right credit cards in advance can seriously soften the blow. With a card like the Chase Sapphire Preferred Card, for example, you'll have primary car rental insurance, which can kick in if your car is damaged (say, a brick is thrown through the window) or stolen. And if you use a premium credit card that offers purchase protection, you may even be reimbursed for recently-purchased items that were stolen (say, your suitcase and its contents).

Travelers who have been the victim of a crime can call the authorities at 112, or call or e-mail SATE (Servicio de Atención al Turista Extranjero) for assistance with scam or pickpocketing situations, Huecas del Ordi advised.