Articles
Clint Henderson is the managing editor for news at TPG. He worked in TV news for 20 years, including stints at ABC, MSNBC and Fox, before landing his dream job. Send tips to Clint.Henderson@thepointsguy.com.
Follow
Oct. 10, 2021
•
5 min read 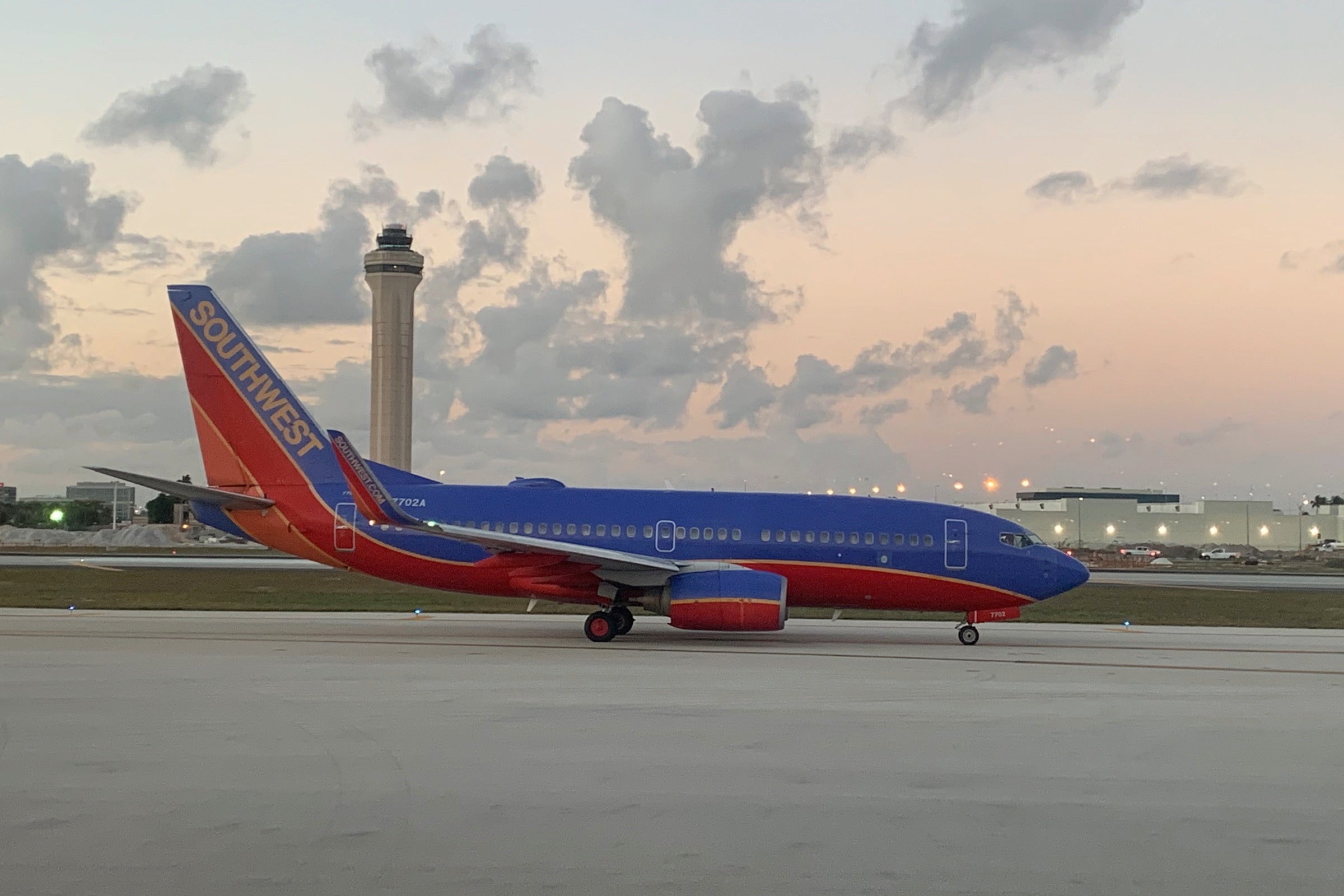 Southwest suffers operational meltdown as hundreds upon hundreds of flights canceled or delayed
This post contains references to products from one or more of our advertisers. We may receive compensation when you click on links to those products. Terms apply to the offers listed on this page. For an explanation of our Advertising Policy, visit this page.

Editors' note: This post has been updated with additional information and details.

Southwest Airlines is suffering an operational meltdown this weekend as hundreds upon hundreds of flights have been delayed or canceled outright. The airline is blaming weather and an air traffic control issue from Friday for the domino effect of cancellations.

Thousands of passengers have been stranded at airports, been forced to wait in long lines, or spent hours on hold trying to rebook their flights.

Flight tracking company Flight Aware is reporting 27% of Sunday's flights have already been canceled as of around 8 a.m. The airline had said that things might improve today, but so far it's actually gotten a bit worse. According to Flight Aware, Saturday saw some 800 cancellations. Sunday it's worse with more than 1,000 flights canceled.

As of 11:54 p.m. Saturday night, according to Flight Aware, 24% of Southwest's flights for the day had been canceled, and another 34% were delayed.

A TPG reader wrote to tell us she was among the thousands impacted so far. Courtney Jones told me she and her daughter's flight from Orlando to Las Vegas was canceled Saturday. She was told they wouldn't be rebooked until Tuesday, wouldn't get hotel rooms and couldn't get cash refunds. Jones said, "I couldn’t just sit there so I luckily was able to rebook on Spirit airlines and get here (Las Vegas); however, my luggage will not make it and I have no idea where it is. We are here but without any clothes, toiletries and no care from Southwest."

Jones called the way the airline is handling the crisis, "Unacceptable."

In a statement to TPG, the Dallas-based airline said:

"We experienced significant impact in the Florida airports yesterday (Friday) evening after an FAA-imposed air traffic management program was implemented due to weather and resulted in a large number of cancellations. We are working hard behind the scenes to minimize challenges and fully recover the operation as we take care of displaced Crews and Customers as quickly as possible. We will continue to reset our network today and hope to return to close to normal operations as we move into Sunday."

Florida was among the places hardest hit. Tampa International Airport Spokeswoman Emily Nipps told the Tampa Bay Times the FAA imposed an air traffic management program on Friday night that grounded many Southwest planes. That led to a domino effect. Eleven out of 15 scheduled flights to Tampa Saturday night were canceled.

It was a similar story Saturday night in the San Francisco Bay Area where local news reported 11 flights to Oakland and 11 more to San Jose International were canceled.

“The problems weren’t concentrated in just one particular region. The cancelations affected the entire Southwest network. People living in cities where Southwest has a big operation, like Phoenix, Denver, Las Vegas, Los Angeles, and where I am in the San Francisco Bay Area, saw cancelations in the double-digits.”

There were, indeed, major problems at Air Traffic Control in Jacksonville, Florida on Friday night. A staff shortage along with some storms led to many canceled or delayed flights. The Federal Aviation Administration issued a statement saying:

“Due to a combination of severe weather, active military training in the airspace, and unexpected limited staff at the Jacksonville facility that handles high-altitude, en route traffic, the FAA took steps to safely manage air traffic the evening of Oct. 8. Normal operations returned at approximately 10 p.m.”

But the FAA is now downplaying the severity of the Friday shortages. In a tweet Sunday, the FAA said, "no.. shortages have been reported since Friday."

There may be additional factors at play.

Brian Sumers is editor-at-large for travel site Skift and said, "Something doesn’t add up about Southwest’s explanation for its problems. The airline blames weather and air traffic control issues. That may be part of the problem. But usually, other airlines report similar issues. We aren’t seeing that. So it makes me wonder, is something else happening? Southwest should tell its customers more about whatever issue is causing this meltdown. Those customers certainly have a right to be confused — and upset.”

Jue agreed telling TPG, "We need a better explanation, either from Southwest Airlines or the FAA, about what led to this weekend’s cancelations and delays because someone needs to clear up whether this was, in fact, a labor action here. There are enough unanswered tweets out there that the airline or the FAA needs to step in and clear up some of the confusion."

Online speculation that Southwest's new vaccine mandate has led pilots to stage a sickout is being denied by the union representing Southwest pilots.

That follows reporting on social media that some of the issues the airline is suffering could be related to that issue. A spokesperson for the Southwest Airlines Pilots Association (SWAPA) told the Arizona Republic it was not aware of any work stoppage and wouldn't condone it anyway.

SWAPA, however, has authorized its members to demonstrate against the mandate.

The Southwest Airlines Pilots Association is suing over new federal vaccine rules according to Bloomberg. Southwest and American Airlines pilots via their union warned in late September that an exodus of pilots could occur if the federal vaccine mandate is implemented.

This is a developing story and will be updated.

Featured image by Southwest jet Miami Airport March 2021. (Photo by Clint Henderson/The Points Guy)
Editorial disclaimer: Opinions expressed here are the author’s alone, not those of any bank, credit card issuer, airline or hotel chain, and have not been reviewed, approved or otherwise endorsed by any of these entities.