Southwest Airlines could use JetBlue, but a merger is unlikely 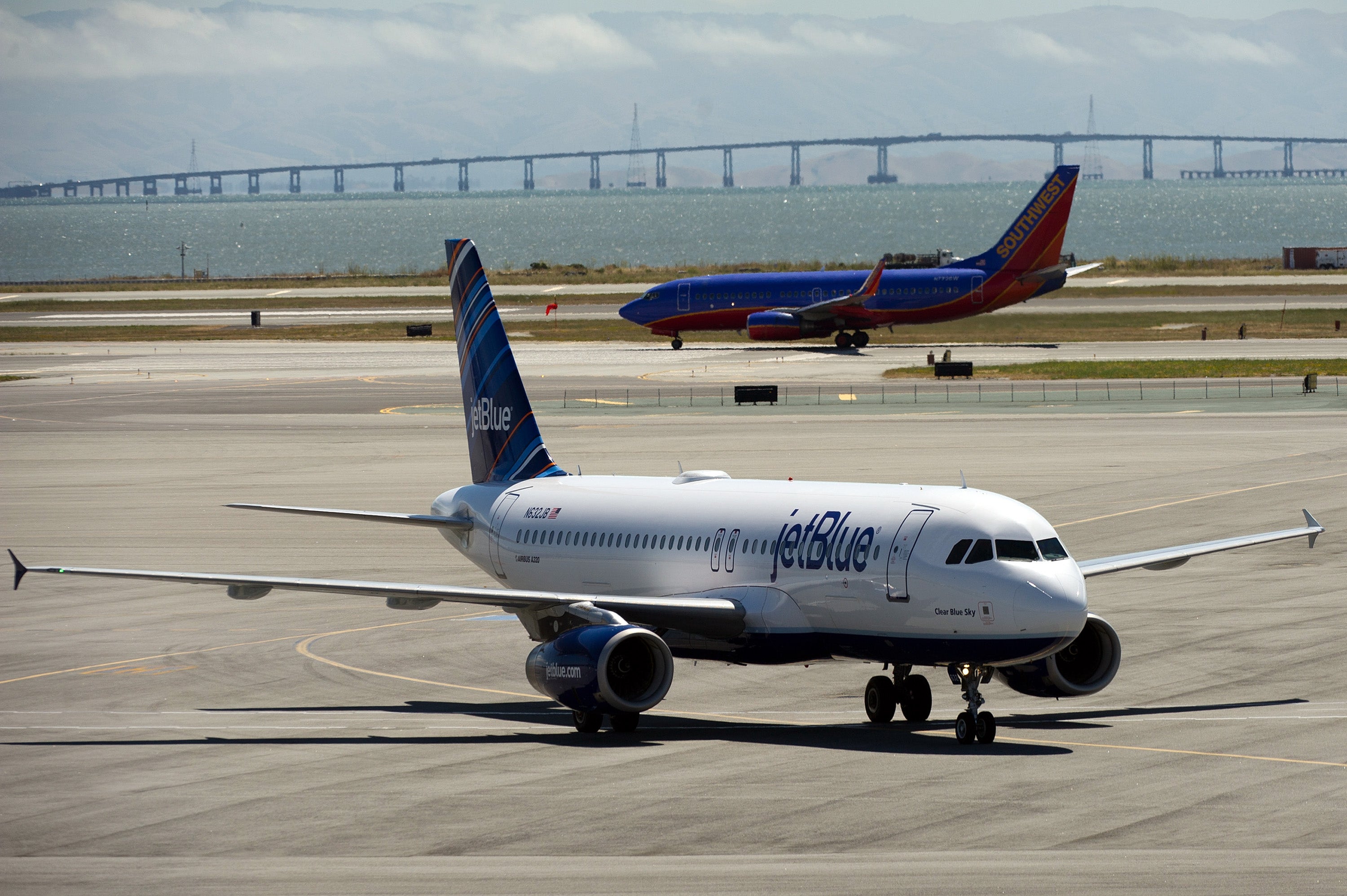 Southwest Airlines could use JetBlue, but a merger is unlikely
This post contains references to products from one or more of our advertisers. We may receive compensation when you click on links to those products. Terms apply to the offers listed on this page. For an explanation of our Advertising Policy, visit this page.

The prospect of a hypothetical merger between Southwest Airlines and JetBlue Airways piqued the interest of aviation observers on Monday.

The buzz followed a report by Stifel analyst Joseph DeNardi diving into the feasibility of a Southwest-JetBlue tie-up. The combo would, in one fell swoop, catapult Southwest to a strong market-leading position domestically, strengthen its network in the Northeast and to the Caribbean and Latin America, and provide it with an Airbus fleet and robust order book that would diversify its all-Boeing 737 fleet.

"[Southwest] wants to be prepared for opportunities in what has historically been an opportunity-rich industry," DeNardi wrote. "Acquiring JetBlue is such an opportunity."

In terms of market share, JetBlue had a 28% share of passengers at Boston Logan (BOS) and a nearly 13% share of passengers at the three New York City airports -- John F. Kennedy (JFK), LaGuardia (LGA) and Newark (EWR) -- in 2018, according to U.S. Department of Transportation data via Diio by Cirium. Southwest had a 7% share in Boston and a 3% share in New York, the latter before it announced plans to pull out of Newark.

DeNardi, however, is not the first to pose such a question. J.P. Morgan analyst Jamie Baker asked in July whether Southwest was considering "non-organic" growth -- in other words, buying another airline -- due to the rising impact of the Boeing 737 MAX grounding.

Southwest CEO Gary Kelly, responding to Baker, said the MAX impact to that point was manageable and the airline continued to "execute" on its strategy. He added that the possibility of non-organic growth was larger than the MAX and a "huge, strategic question."

Dallas-based Southwest expects to shrink in 2019 owing to the MAX grounding. The airline was the largest U.S. operator of the type with 34 aircraft when it was grounded in March and has not taken delivery of a single new aircraft since then.

At the start of 2019, Southwest expected deliveries of 44 737 MAX for a net increase of about 25 aircraft after planned retirements. None of those MAX deliveries are flying, and the airline has scrambled to keep some aircraft slated for retirement around a bit longer.

Related:Southwest’s 737-700s Among Jets Sticking Around Longer Because of the MAX

"Southwest needs aircraft. Southwest needs to diversify its fleet away from the 737," wrote Baker on Tuesday. "Do we consider near-term [mergers and acquisitions] as the leading probability? No, but we agree it increases with every month that Southwest’s growth ambitions remain neutered."

For example, executives from Southwest visited Airbus to check out the A220 as early as April, reported The Air Current.

A Southwest-JetBlue tie up is unlikely in the short term. The U.S. Justice Department, which would have to approve such a deal, is likely to raise concerns on the impact to consumers from a merger. That said, as Baker pointed out, Southwest's lack of fees and expanding that practice to JetBlue could be looked at positively by the regulator.

A combined Southwest and JetBlue would have a solid 25% share of U.S. domestic traffic, based on DOT data for 2018. The next largest carrier, American Airlines, had a 22% share.

In the meantime, the 737 MAX continues to drag on Southwest. The airline has removed the aircraft from schedules through Feb. 8, and continues awaiting clarity from U.S. authorities and Boeing on when the MAX will be re-certified.