On Sun Country, your connection could end up being on a bus 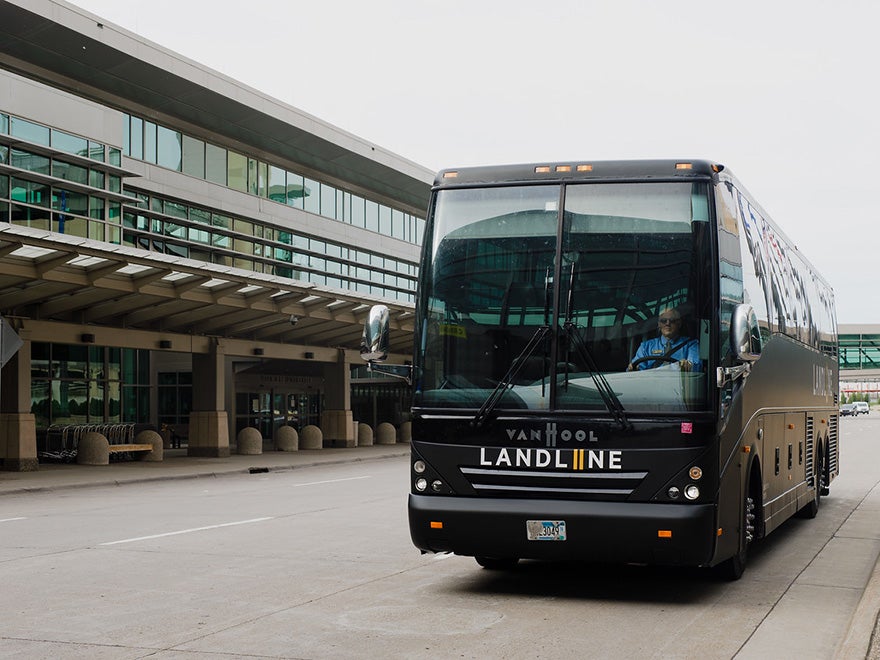 On Sun Country, your connection could end up being on a bus
This post contains references to products from one or more of our advertisers. We may receive compensation when you click on links to those products. Terms apply to the offers listed on this page. For an explanation of our Advertising Policy, visit this page.

Are airline passengers willing to consider buses for a seamless one-stop itinerary from smaller markets?

That's what one start-up company is betting on. A company called Landline wants to connect travelers from small communities around the country to flights at hub airports.

Touting itself as a “regional mobility company” operating “premium motor coaches” — in other words, a bus operator — Landline will launch its first airline partnership with Sun Country Airlines in November. The firm’s buses will connect the leisure carrier’s Minneapolis/St. Paul (MSP) hub with the Duluth (DLH) and Mankato (MKT) airports in Minnesota.

Landline plans to operate the routes as a regional airline would, a Sun Country Express so-to-speak, just with buses instead of planes, the company’s CEO David Sunde explained to Skift last month.

“With consolidation and the pilot shortage and the lack of really any aircraft development in the sub-60-seat sector, there is not a proper way to source this mission if you are in an airline,” he said.

Sun Country will sell tickets for the segments operated by Landline on its website, allowing customers to book an itinerary just as if they were booking one with a connecting flight. Passengers will check in and drop off bags at the Duluth or Mankato airports and then transfer between buses and flights at Minneapolis/St. Paul much as they would if they were flying, except that they will have to clear security at MSP.

“We are excited to partner with Landline to make our low fares and comfortable onboard experience available to more Minnesotans,” Jude Bricker, CEO of Sun Country, said in a statement.

The trip from Duluth to Sun Country’s home in Terminal 2 at Minneapolis/St. Paul airport is 162 miles, and from Mankato is 73 miles, according to Google Maps. Landline schedules the former at up to three hours and 20 minutes, and the latter at up to two hours.

Delta Air Lines flies between Duluth and Minneapolis with flights blocked at roughly one hour and 10 minutes, according to Diio by Cirium schedules.

No carrier has flown between Mankato and Minneapolis since 2004, Diio data shows. According to the Airline Maps blog, former Republic Airlines served the route in 1979 but had dropped the service by 1983. Republic merged with Northwest Airlines in 1986, and Northwest with Delta in 2008.

Bus-airline connections on regional routes are not a new idea. United Airlines offers a bus between its Newark (EWR) hub and Allentown, Pennsylvania, a trip of about 80 miles. AirTran Airways, America West Airlines and Frontier Airlines also have all previously contracted with bus operators to connect their hubs to nearby small communities.

The question remains whether people will take to Landline’s new services. Buses, while an economic way to connect a hub airport with smaller communities, are subject to traffic and other conditions that a flight may be able to avoid.

Airlines have by-and-large gotten out of the bus business. As Skift pointed out, Continental Airlines exited many of its connecting bus routes in the late 1990s with a spokesperson telling The New York Times that the carrier did "not want to be in the bus business."

What does work are bus operators that serve airports — independent of airlines. For example, there is a robust network of bus routes connecting Boston Logan (BOS) to points in New England, including Cape Cod, New Hampshire and Maine.