The EPA’s Scott Pruitt Is a SkyMiles Guy 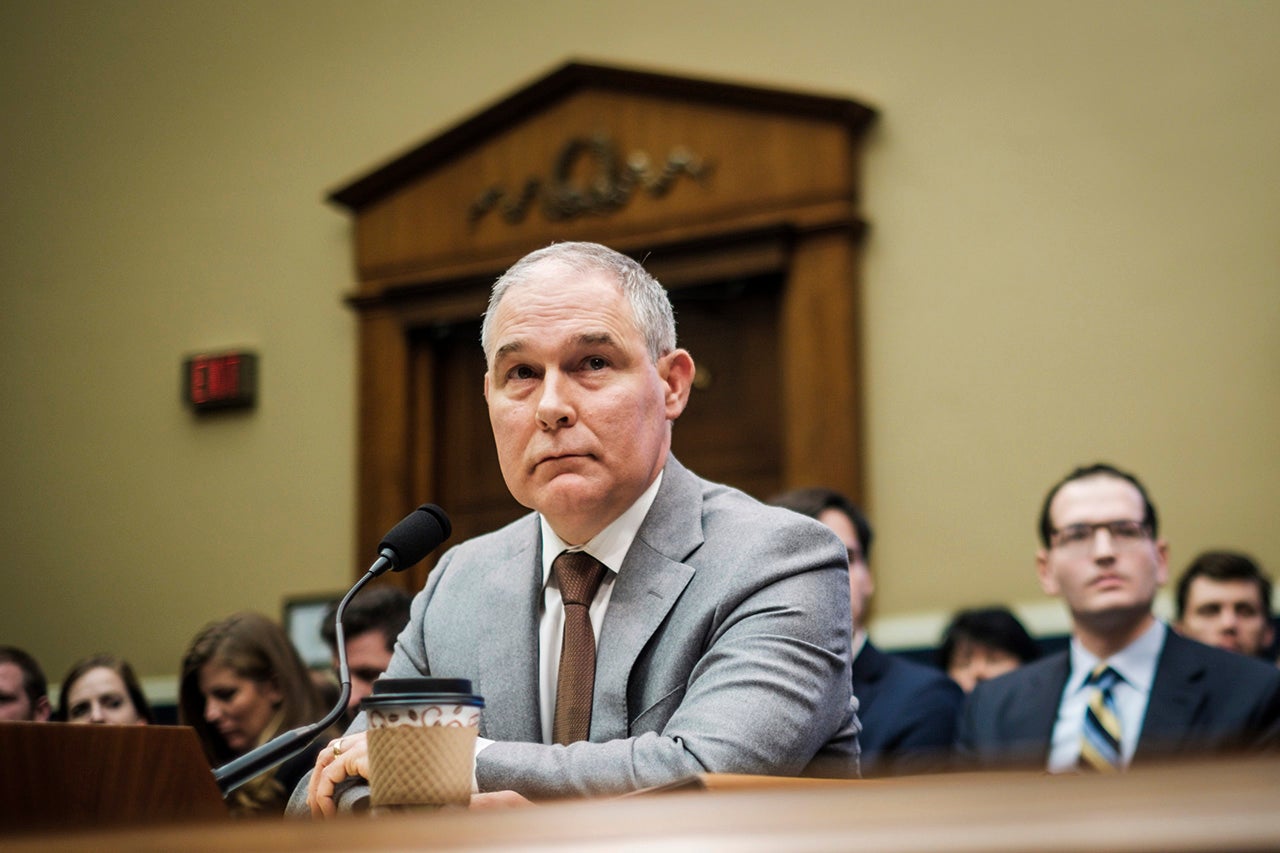 The EPA’s Scott Pruitt Is a SkyMiles Guy
This post contains references to products from one or more of our advertisers. We may receive compensation when you click on links to those products. Terms apply to the offers listed on this page. For an explanation of our Advertising Policy, visit this page.

Environmental Protection Agency Administrator Scott Pruitt prefers to fly Delta to score SkyMiles for his frequent flyer account. Even when the airline is not the federally contracted carrier for his official trips, he tells his staff to book Delta so he can collect the SkyMiles — and earn his way to Medallion status.

That's just one of the revelations in a damning and extensive letter that Congressional investigators sent to Pruitt's office Thursday regarding the Trump-appointee's controversial travel habits.

In an interview with the staffs of two US senators and three US Representatives, Kevin Chmielewski, Pruitt's former deputy chief of staff, levied many allegations about the EPA head's lavish travel — all on the taxpayer dime.

In addition to flouting federally contracted airlines in order to pad his own SkyMiles account, Pruitt is accused of wasteful spending on hotels, SUVs, security and entire trips. In the letter, investigators write to Pruitt that "your travel destinations are often dictated by your desire to visit particular cities or countries rather than official business, and that you tell your staff 'find me something to do [in those locations]' to justify your use of taxpayer funds," according to their interview with Chmielewski.

Chmielewski also told investigators Pruitt would routinely have his staff look for reasons to travel to Oklahoma so he could spend long weekends in his home state at taxpayers' expense. The letter alleges these meetings were "pretextual, such as scheduling a meeting with an old friend."

When booking hotels, Pruitt "frequently stayed in hotels that exceeded the allowable U.S. government per diem, sometimes even exceeding the 300 percent cap permitted in exceptional circumstances," Chmielewski told investigators. The letter continues to allege that while Pruitt was reimbursed with taxpayer dollars for his excess spending, members of his security staff were not paid back when the stays exceeded the government spending limits.

In fact, on at least two international trips to Australia and Italy, Pruitt eschewed hotels recommended by the US Embassy that had security forces and other resources on site, opting instead for more expensive hotels and bringing his own security staff with him.

Pruitt even directed his staff to rent a private jet for $100,000 per month — an expense that would have well exceeded his office's yearly travel budget of $450,000. According to Chmielewski, he was able to stop that rental from happening.

Chmielewski also reported in the Congressional interview that staffers who tried to reign in Pruitt's excessive spending were removed from the office one by one. Chmielewski, himself, was placed on administrative leave after refusing to retroactively approve another staffer's first-class flight from Morocco.

Pruitt's travel habits (and general spending) have been under bi-partisan scrutiny for months. He has previously claimed security issues have forced him to fly in first class around the world, and he has spent as much as $7,000 in taxpayer funds on a round-trip ticket to Italy. He has since claimed that he will be flying in coach going forward. Pruitt also faced backlash for spending $14,435 in flights around his home state of Oklahoma throughout the summer of 2017.

The members of Congress who signed the letter are asking Pruitt's office for emails, documents and other records that Chmielewski says exist and will verify these events. Pruitt has until April 25 to provide the investigators with the requested documentation.

A spokesman for the EPA told The New York Times “We will respond to members of Congress through the proper channel.”

Chmielewski told investigators he came forward because "right is right, and wrong is wrong."