Articles
Samantha Rosen was one of the first 20 employees at TPG. She started as the site's first full-time social media editor and also served as its lifestyle editor.
Follow
Oct. 10, 2019
•
5 min read 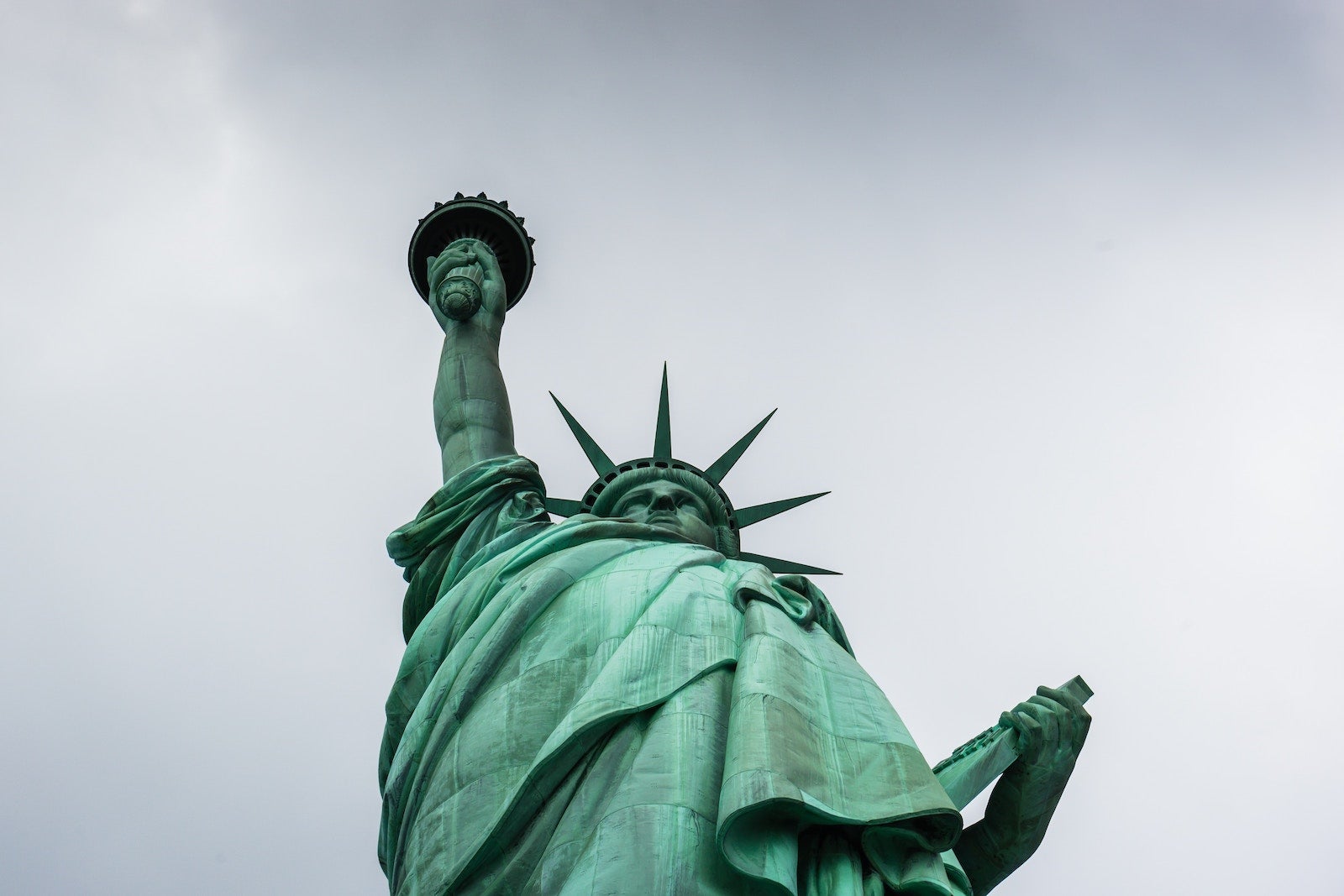 Don’t get scammed visiting the Statue of Liberty like Alec Baldwin
This post contains references to products from one or more of our advertisers. We may receive compensation when you click on links to those products. Terms apply to the offers listed on this page. For an explanation of our Advertising Policy, visit this page.

At least, if by "us" you mean people who have been scammed trying to see a major tourist attraction, such as New York City's beloved Statue of Liberty.

On Sunday, actor Alec Baldwin posted an Instagram the details of the debacle. According to the New York Post, Baldwin, his wife Hilaria and their four children purchased tickets to see Lady Liberty, and were told to board a bus bound for New Jersey. From there, they would have taken a boat near the monument — but not, you know, a ferry that actually went to Liberty Island.

"We buy the tickets for the 'boat tour' of the Statue of Liberty," Baldwin wrote on Instagram. "I kid you not. We paid. Then we read the tickets."

The tickets were purchased from Tours R Us, according to Baldwin's post, and cost about $40 a piece. And the Baldwins are hardly the first to be scammed by the shady tour operator. On TripAdvisor, there are more than 200 "terrible" ratings for this company. And Curbed reported that, "Vendors claiming to sell tickets to the attractions often dupe tourists into purchasing rides for double the price of a Statue Cruises ticket."

So, how can you avoid paying $40 for bus tickets to New Jersey instead of a cruise to visit Lady Liberty? The only legitimate tour operator permitted to take visitors to both Liberty and Ellis Island is Statue Cruises, so be sure to look out for them. Tickets are $18.50 each and can be purchased either online or at Battery Park.

Ultimately, Baldwin and his family took the Staten Island Ferry across the water, which is much, much cheaper — free, to be exact.

Baldwin's right. The Staten Island Ferry is a great alternative to a pricey tour if you're more interested in Statue of Liberty views than a visit to the namesake island.

Related: Every tourist in New York City makes these 11 mistakes

In the wake of Baldwin's viral social media post, Curbed reported that Mayor Bill de Blasio is reportedly cracking down on on various scammers operating in Battery Park, including Freedom Cruises and Sphinx Transport. The Department of Transportation recently sent cease and desist letters to both fake operators, as the city believes they're operating unauthorized bus stops downtown. The mayor called the Baldwin bonanza "unacceptable."

Additionally, New York City police officers will maintain "high visibility posts" in the Battery Park area and will issue summons to buses breaking the law. As part of the initiative, the Department of Consumer and Worker Protection (DCWP) will also finalize rules that enforce ticket sellers to state if their boat is actually going to Liberty or Ellis Island.

In the meantime, when in doubt, get the $18.50 tickets directly from Statue Cruises and it will all be smooth sailing.