Changes Coming to the Marriott Business and Ritz-Carlton Credit Cards 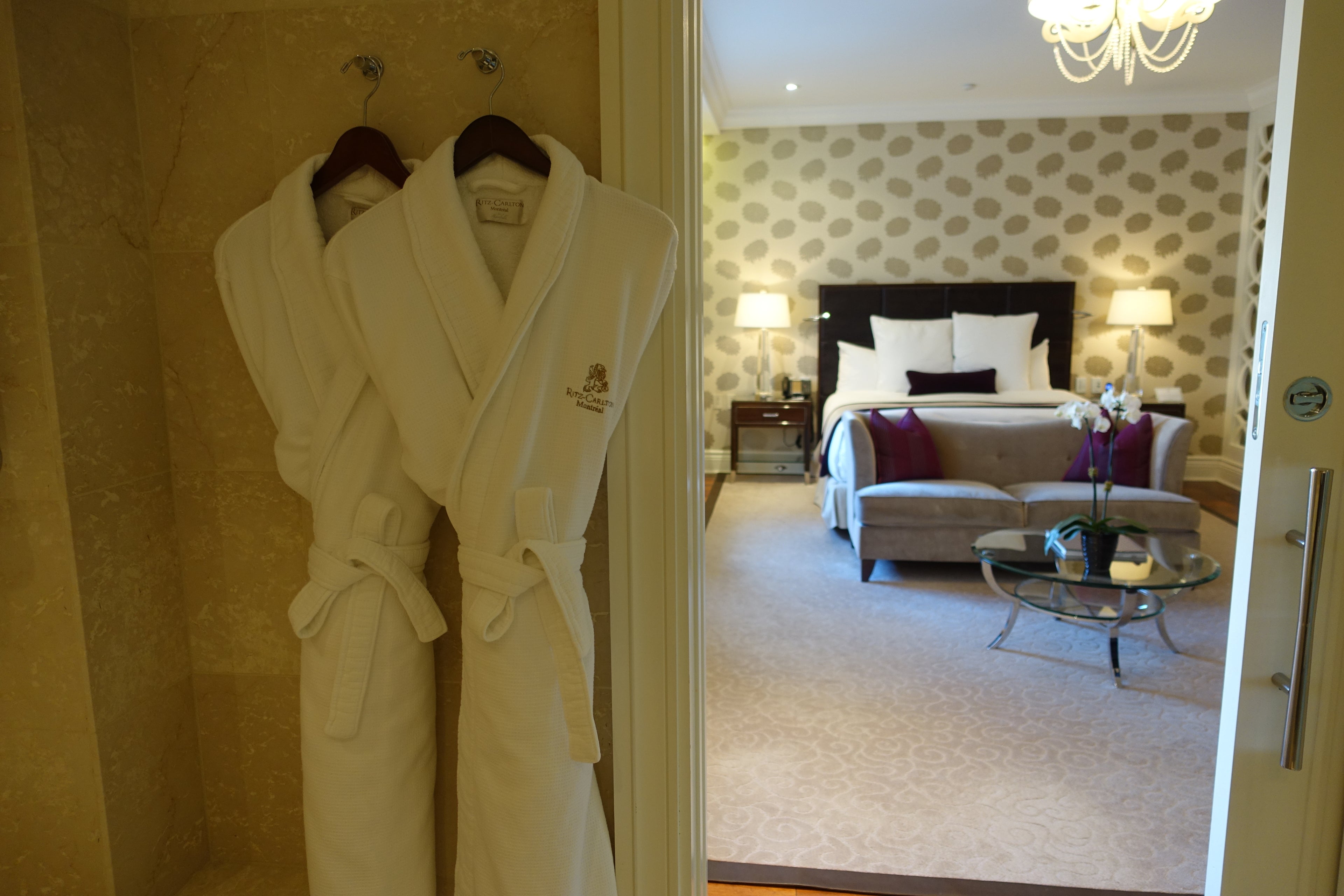 Combining three loyalty programs into one, as Marriott is in process of doing with SPG and Ritz-Carlton, involves fitting a lot of different puzzle pieces together to see the entire picture. But with the new program launching just around the corner in August, the final pieces are beginning to fall into place. As part of the unified program, the credit cards from all three existing loyalty programs needed to be updated as well, and Chase has now shared more information on that front in regards to The Ritz-Carlton Rewards Credit Card and the Marriott Rewards Premier Business Credit Card.

Existing customers with either of these two cards will begin receiving notice of these changes starting this week, but most of the changes won't go into effect until August 26, which roughly aligns with the start of the new Marriott loyalty program. Here's what you'll be seeing soon on each card...

As a premium credit card with a $450 annual fee, the Ritz-Carlton card has long been a popular one for both elite travel benefits and perks at Ritz-Carlton properties, and the good news is that most of the existing benefits are remaining while new ones are being added.

First, the card is getting an improvement to its earning structure — the bonus categories are not changing, but the number of points earned on them is increasing. Starting on August 26, the card will earn:

That's basically one extra point across the board, and brings the card in line with the changes to other Marriott and SPG cards, which are all going to earn 6 points per dollar at Marriotts and 2 points per dollar on everything else.

Next, the card is adding a free night award that will arrive after each cardmember anniversary. The award will be good at any Marriott property that costs up to 50,000 points on the new award chart. That means up to a Category 6 property under the "standard" rate band on the new chart, which is the only band being used through the rest of 2018. Once the additional "Peak" and "Off-Peak" bands come into effect in 2019, the value of this free night could climb all the way to a Category 7 property at off-peak times, or fall to a Category 5 during high demand periods.

For those who currently spend $10,000 on the Ritz card to earn Gold elite status, that spending requirement is disappearing, and all Ritz cardholders will automatically get Gold status in the new Marriott program just for having the card. On the other hand, the option to spend $75,000 on the card in a cardmember year in order to earn Marriott Platinum elite status remains as-is.

Several other popular benefits — the $300 annual travel credit, the three annual club level upgrades, the $100 companion airfare discount and the Global Entry/TSA PreCheck credit — are all unchanged, as is the annual fee. That means if you can maximize the travel credit, you'll be able to continue to effectively hold this card for a net cost of $150 per year, which is a pretty terrific value if you utilize the perks on a regular basis. The current sign-up bonus of two free nights at any Tier 1-4 Ritz-Carlton hotel after you spend $4,000 on purchases in the first 3 months also remains the same, though obviously those free nights will need to be realigned to the new Marriott award chart at some point down the line.

So what's the bad news? Not much, actually. The card is losing the 10% annual boost you used to get on points earned through card purchases made during the year, but that's more than made up for with the enhanced earning rates. Price protection is also disappearing from the Ritz card — along with all other Chase cards as we've previously reported — but the other travel protection coverages remain the same.

Unlike the personal side of the Marriott credit card portfolio where Chase introduced an entirely new card, there won't be a new Marriott Business card. Rather, these changes will be put into effect on August 26 for both existing cardholders and new applicants. The name of the card itself is changing to the Marriott Premier Plus Business Credit Card, but existing customers will continue to use their old cards — you won't get a new card until your old one expires or needs to replaced for another reason. The annual fee of $99 also remains the same.

As opposed to the Ritz card, the Marriott business card is seeing more significant changes to its earning structure. Starting on August 26, cardmembers will earn:

Again, that's a 1-point increase in the amount you'll earn both at Marriotts and on everyday spending, but the other bonus categories have changed. Currently, in addition to restaurants and the internet/cable/phone bundle, the Marriott Business card earns bonus points on airline tickets purchased directly with airlines, car rental agencies and office supply stores. Those three bonus categories are being replaced with gas stations, which might be good or bad for you depending on where you spend the most money. On the bright side, the remaining bonus categories will all earn 4 points per dollar now, doubling the existing 2 points per dollar, which means you're effectively still getting the identical return on those three previous bonus categories since they'll be counted as everyday spend going forward.

The Marriott Business card currently comes with an annual free night award good at any category 1-5 Marriott. With the advent of Marriott's new award chart, that award will now be good at any property worth up to 35,000 points. That puts it in Category 5 under the "standard" rate band, or Category 4 in peak times. Also, Chase is now referring to them as "free night awards" instead of "free night certificates."

On the elite status front, there's both good news and bad news. The good news is that the threshold for earning Gold status by spending on the card is dropping from $50,000 in a cardmember year to $35,000 in a cardmember year, and you'll still receive complimentary Silver status just for having the card. The bad news is that starting August 26, cardholders will no longer earn 1 elite night credit for every $3,000 in purchases on the card. Instead, starting in 2019, the Marriott Business card will come with a flat 15 elite night credit at the start of each calendar year, which matches the other Marriott and SPG cards. As we've previously reported, you will not be able to stack these 15 night credits across multiple cards — each Marriott member will only be eligible for one 15-night credit per year, regardless of how many Marriott or SPG cards they have.

Finally, on top of losing price protection coverage, the Marriott Business card is also losing trip cancellation, trip interruption and return protection. A Chase representative noted that the issuer is "looking to invest in the benefits our customers see as the most valuable," and is adjusting its coverages accordingly. If you often used these benefits, you may have to consider putting at least some of your travel purchases on a different card that still has those perks.

Most of these changes match the benefits on the new personal Marriott Rewards Premier Plus Credit Card, which comes with a 75,000-point sign-up bonus after spending $3,000 on purchases in the first three months. There's no word on any revised sign-up bonus for the Marriott Business card, but it's currently at 75,000 bonus points after $3,000 in spending in the first three months, with the annual fee waived for the first year.

There's one last small adjustment to the personal Marriott cards. The old Marriott Rewards Premier Card, which is no longer open for applications, also comes with an annual free night award at any Category 1-5 Marriott. Starting in August, instead of being category-based, that award will be limited to properties that cost 25,000 points, which puts it at a Category 4 on the "standard" band of the new Marriott chart, and below the value of the awards on the personal and business Marriott Premier Plus cards.

If all these free night changes are confusing, here's a consolidated list of how they break down across all the Marriott and SPG cards:

As you can see, these free night certificates are relatively consistent across the two tiers of Marriott, SPG and Ritz-Carlton cards, with the premium cards getting a better certificate than the mid-tier ones. Given that the old Marriott Premier card is the only one with a certificate worth less than 35,000 points, this might be another reason to consider upgrading your existing Premier card or closing it and applying for the new one.

While there has been speculation that one or both of these credit cards will be disappearing, as of now Chase is accepting new applications for both, and the issuer tells us it has no new updates to share on that front. However, it would be odd for the bank to add new benefits to cards that it plans to discontinue in the near future, so there may still be some life left in these two products.

The additions to The Ritz-Carlton Rewards Credit Card are pretty sweet. Not only will you get a new annual free night certificate, you'll also get free Gold status and more points on all your purchases. Even better, the best perks of that card aren't going away, which makes it a card to strongly consider.

The Marriott Business card changes are more disappointing on the whole, especially losing the unlimited ability to earn 1 elite night for every $3,000 in spend. There probably won't be much reason to hold both the Marriott personal and business cards going forward, but at least the increased bonus categories are helpful, and if you do need to keep your business expenses separate from your personal ones, then having a business card of some sort is always a good idea.