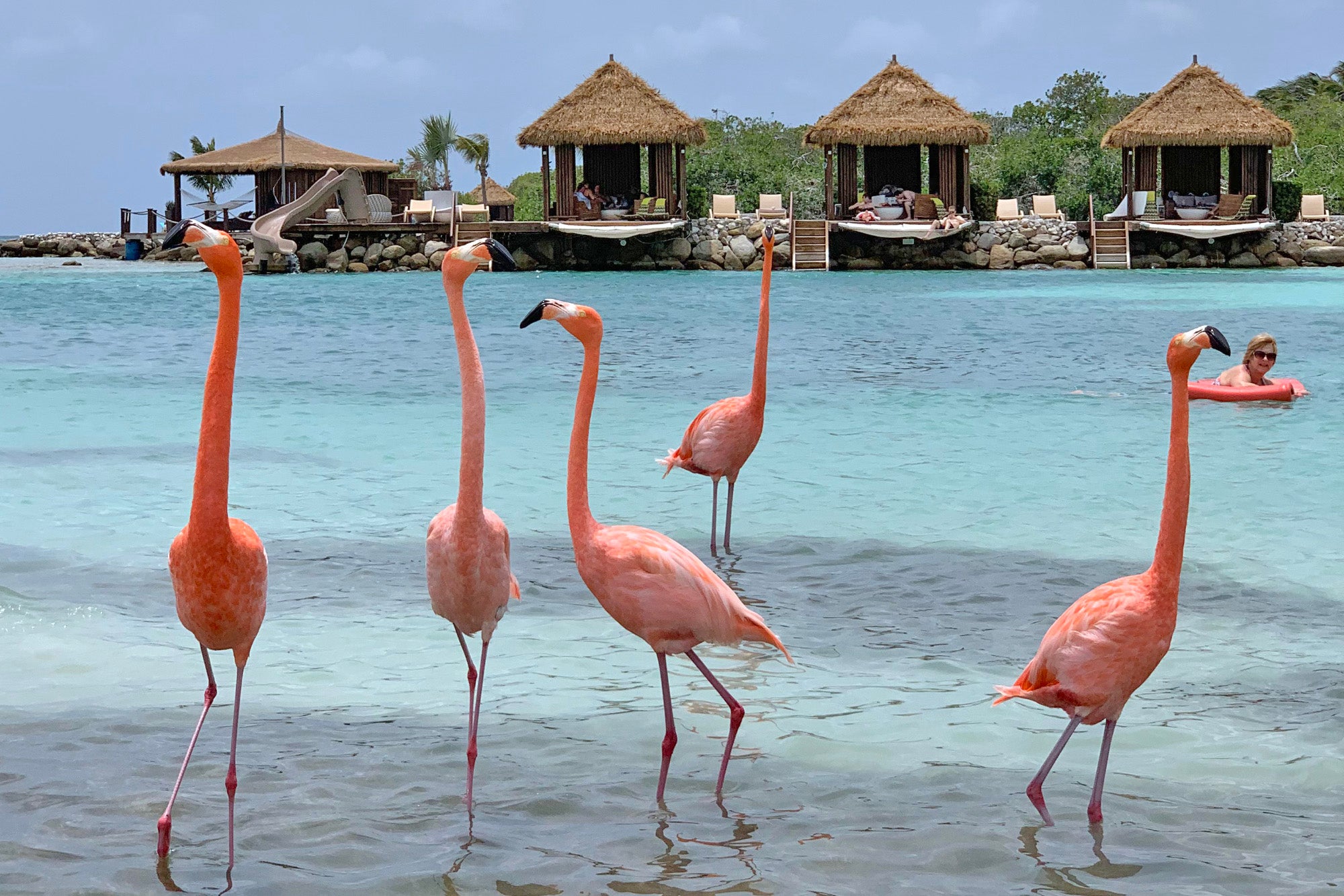 Plane Spotting From Marriott's Private Caribbean Island
This post contains references to products from one or more of our advertisers. We may receive compensation when you click on links to those products. Terms apply to the offers listed on this page. For an explanation of our Advertising Policy, visit this page.

Just feet from Aruba's Queen Beatrix International Airport (AUA) sits one of the region's hottest — and most exclusive — attractions: Renaissance Island. This private paradise is accessible exclusively to guests of Marriott's Renaissance Aruba Resort & Casino, including the Marina Hotel and superior Ocean Suites (as I'll explain in a separate review).

While the hotel itself left a bit to be desired, having access to Renaissance Island makes it worth considering, especially if you're an aviation geek.

Why's that? Both the Ocean Suites and nearby private island offer decent plane spotting — we're not talking Maho Beach in St. Martin (SXM) levels, but sun-seeking aviation geeks are likely to have a good time.

For the best views and some serious fun in the sun, you'll want to head over to Renaissance Island — just a 10-minute boat ride from the hotel marina. The ferry is free, but you'll need to swipe your active room key to board. Hotel rates vary quite a bit, though I managed to score a base room in the Marina Hotel for $164 per night (before taxes and fees), then ended up clearing into an Ocean Suite thanks to my Suite Night Awards.

Renaissance Island is divided into two sections: Flamingo Beach, for adults, and Iguana Beach, which is kid-friendly. Flamingo Beach has the best in-water plane-spotting, but you'll still need to venture out for unobstructed views.

My friends and I decided to rent a cabana to maximize our time on the island — you'll definitely want to reserve one far in advance, though.

Availability was limited when I reached out about 10 days before arrival, but I was able to secure a cabana on Iguana Beach for $300, plus a 15% service charge and 6% tax. It's a bit steep for a couple, perhaps, but reasonable when split between four friends.

Cabanas come with dedicated service — our waiter checked in frequently, but you can also get attention from the restaurant across the lagoon by raising a flag. The food was edible, but not outstanding — one of my favorites was the chicken katsu, served atop a waffle ($18). A number of salads, sandwiches, pizzas and other entrees were available as well, with most items priced in the $10-20 range.

The wildlife was a clear highlight for me — aside from the plane spotting, of course.

There are loads of iguanas around the island, including one that apparently loves dattention from Renaissance guests. There are also a handful of friendly flamingos, and they're free to roam — they even made it over to the kids' beach one afternoon.

Most of the guests and wildlife tend to stick around the lagoons, but I spent much of my time walking up and down the nature trail as well.

A 15-minute stroll will bring you just to the edge of the runway, directly under the path of arriving planes. I saw a number of Boeing 737s during my visit, along with a KLM Airbus A330 and even a TUI 787 Dreamliner.

I made the 15-minute trek often, hanging out at the cabana most of the day then venturing out as I saw a wide-body plane approaching on Flightradar24.

You'll mostly spot narrow-body planes from the US and elsewhere in the Caribbean, but there are a number of long-haul aircraft as well, including this daily KLM A330 from Amsterdam (AMS), that usually arrives around 4:00pm.

While Renaissance Island can't compete with St. Martin's Maho Beach, it did turn out to be a surprisingly fun plane-spotting location — especially with a private cabana, food, drinks and flamingos just a short walk away.