Red, White Slopes and Blue: Where You Can Snow Ski This Fourth of July 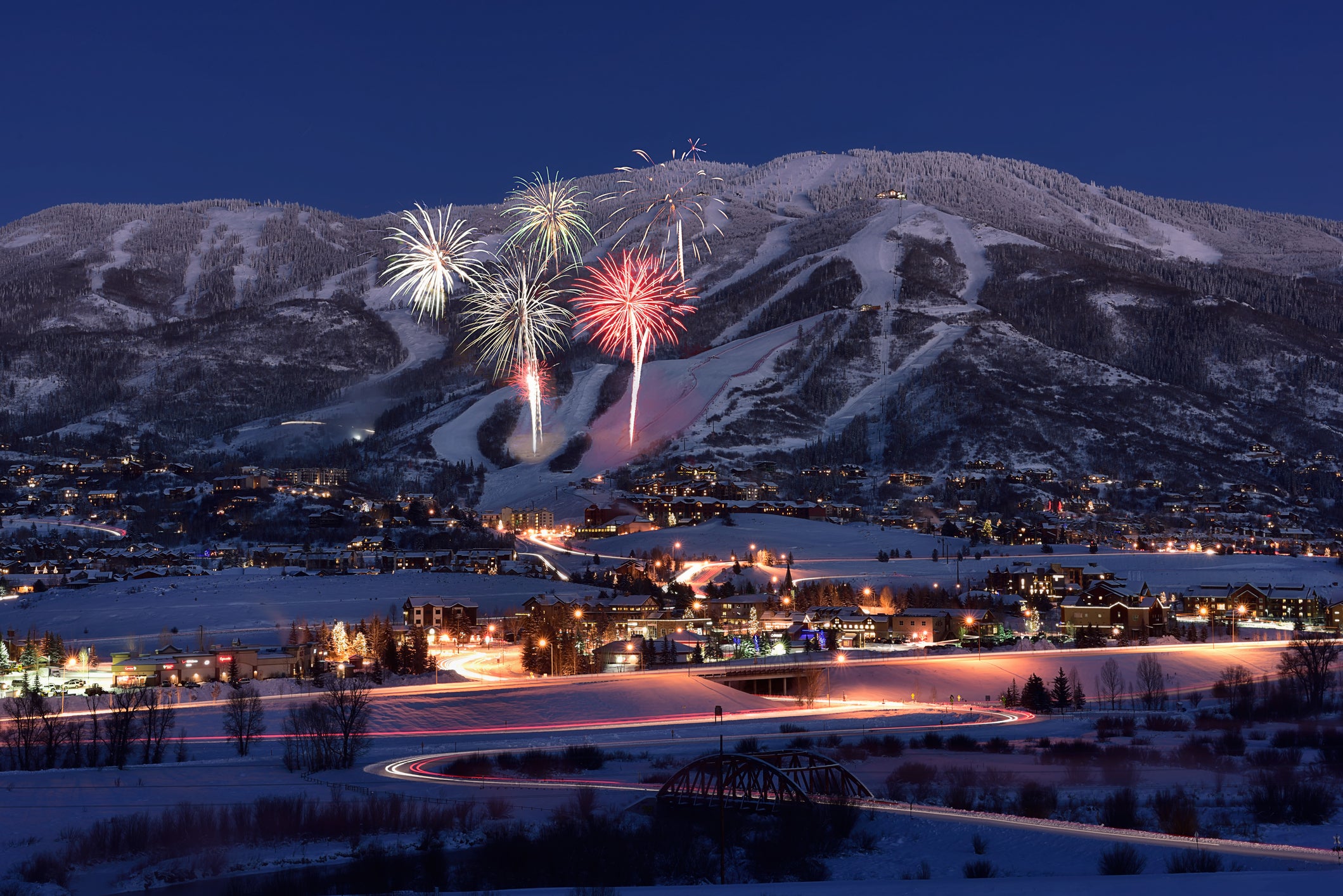 Red, White Slopes and Blue: Where You Can Snow Ski This Fourth of July
This post contains references to products from one or more of our advertisers. We may receive compensation when you click on links to those products. Terms apply to the offers listed on this page. For an explanation of our Advertising Policy, visit this page.

America's birthday on the Fourth of July is usually associated with warm-weather celebrations: picnics, fireworks and parades, all trimmed up in patriotic colors. This year, at least five North American ski slopes will be open July Fourth (a dozen were open for Memorial Day). So you can pack your ski pants and goggles along with your hot dogs, watermelons and sparklers for a slightly cooler Independence Day celebration of the red, white (slopes) and blue.

Passionate skiers and boarders can get their Independence Day summer runs in at Mammoth and Squaw Valley in California, Timberline Lodge in Oregon, Whistler Blackcomb on the Horstman Glacier in British Columbia and at Beartooth Basin on the Montana/Wyoming border.

Snowbird in Utah and Arapahoe Basin in Colorado are both hoping to extend operations into the July Fourth week, but are setting their schedule week to week, depending on conditions. Arapahoe Basin will operate the weekend of June 28–30, with fingers crossed that the mountain can stay open for one additional week. Snowbird is still operating Saturdays and Sundays and will remain open as long as conditions permit.

Where You Can Ski on the Fourth of July

Squaw Valley near Lake Tahoe in California is expecting a big Fourth of July crowd and the ski area advises that visitors should arrive early. Lifts will open at 8am and close at 2pm. The first 1,000 to board the Funitel Lift will be given free Freedom Fest shirts at the top of Funitel in the Gold Coast Plaza area.

The Funitel will be the only access up the mountain but Big Blue, Gold Coast and Shirley lifts will serve the slopes that remain open. The ski area advises that absolutely no beginner terrain will be available. Snow will get sticky, so extra wax is recommended. Walk-up lift tickets are $69 for adults, $49 for seniors and teens and $39 for children. Carpooling is suggested to ease the traffic flow. The ski area is also offering $5 tickets on Fridays in June with proceeds going to The Tahoe Fund, which works to improve the natural environment of Lake Tahoe Basin. The $5 lift tickets must be purchased online or through the Squaw Valley Alpine Meadows app at least 48 hours in advance. The Ikon Pass also covers spring skiing.

Mammoth Mountain's ski season has been known to run through the entire summer. This year's total snowfall of 719 inches at the summit strongly indicates 2019 is on that path. Snow depth still runs from 30 inches at the main lodge to 95 inches at the summit. Lifts are running from 7:30am to 1pm daily and top-to-bottom skiing is still possible. Seven lifts are operating and serving 46 trails and three terrain parks. Online lift tickets cost $89 for adults, $72 for teens/seniors and $36 for children. Seniors over 80 and children under 4 can ski free. Ikon Pass members (from this year or next year) can also enjoy spring skiing here at no additional fee by showing their pass.

Because of the tremendous snowfall this year, the resort has, for only the second time, received approval to have a huge fireworks display at the summit on July 6 as part of its Freedom Bash. Tickets are required to ride to the 11,053-foot summit to get a closeup of the nation's highest pyrotechnic spectacular. Viewing will also be possible from the base area.

Whistler Blackcomb is in British Columbia, but you can still ski there on July 4 via the Hortsman Glacier from 11am to 3pm, weather permitting, through July 14. The Blackcomb Gondola will whisk visitors to the glacier area where only advanced-to-expert runs can be accessed via T-bars. Glacier lift tickets cost $52 for adults; $47 for seniors/teens, and $26 for kids. (Here's our take on the Westin Whistler.)

Beartooth Basin is located between Red Lodge, Montana, and Yellowstone National Park on the beautiful Beartooth Highway (Highway 212). Beartooth Basin is a quintessential small ski hill that is unique in that it traditionally only has a five- to six-week ski season that is in the "warmer" months. The highway is closed throughout the winter and much of the spring because the ski area cannot open until the road gets cleared.

This year, heavy snow resulted in a mid-June opening that will equate to only a three-week ski window. Beartooth Basin has about 600 acres of terrain with 1,000 feet of vertical. Two high-speed Poma lifts, platter lifts, take skiers to the top of the headwall. The slopes vary between 15 and 50 degrees of pitch and skiers must have at least advanced-intermediate ability. Tickets cost $45 and the area is open from 9am to 3pm. Tickets can be purchased online but cash or checks are required on the mountain. Beartooth is such a quaint location that a "Go Fund Me" campaign was recently held to repair a lift.

Timberline Lodge on Mt. Hood in Oregon claims that it can offer skiing 12 months a year and currently has three lifts operating with blue and black runs available. The area got close to 500 inches of snowfall this year and has a snow base of 23 inches at The Lodge, with two fresh inches just fallen. Lift tickets for all ages are $73 and lifts are open from 7am to 2pm. It has been reported that Timberline uses rock salt on its upper runs in the summer to make the snow less grabby.

Summer is probably not the time to learn to ski as the sections of the mountains that are open for skiing on the Fourth of July and surrounding weeks are often more difficult runs. Additionally, opening and closing and times of operation are all subject to the conditions. All that said, skiing the white while celebrating the red, white and blue is pretty unique. Ski safe out there!