Articles
Alberto Riva Alberto runs our flight reviews and oversees special projects across several verticals. Previously, he was the managing editor of Vice News and worked at Bloomberg and CNN, where he was constantly trying to convince people to do more stories about airplanes. He speaks Italian, French and Spanish and one day he’ll be better at German.
Follow
Nov. 20, 2019
•
3 min read 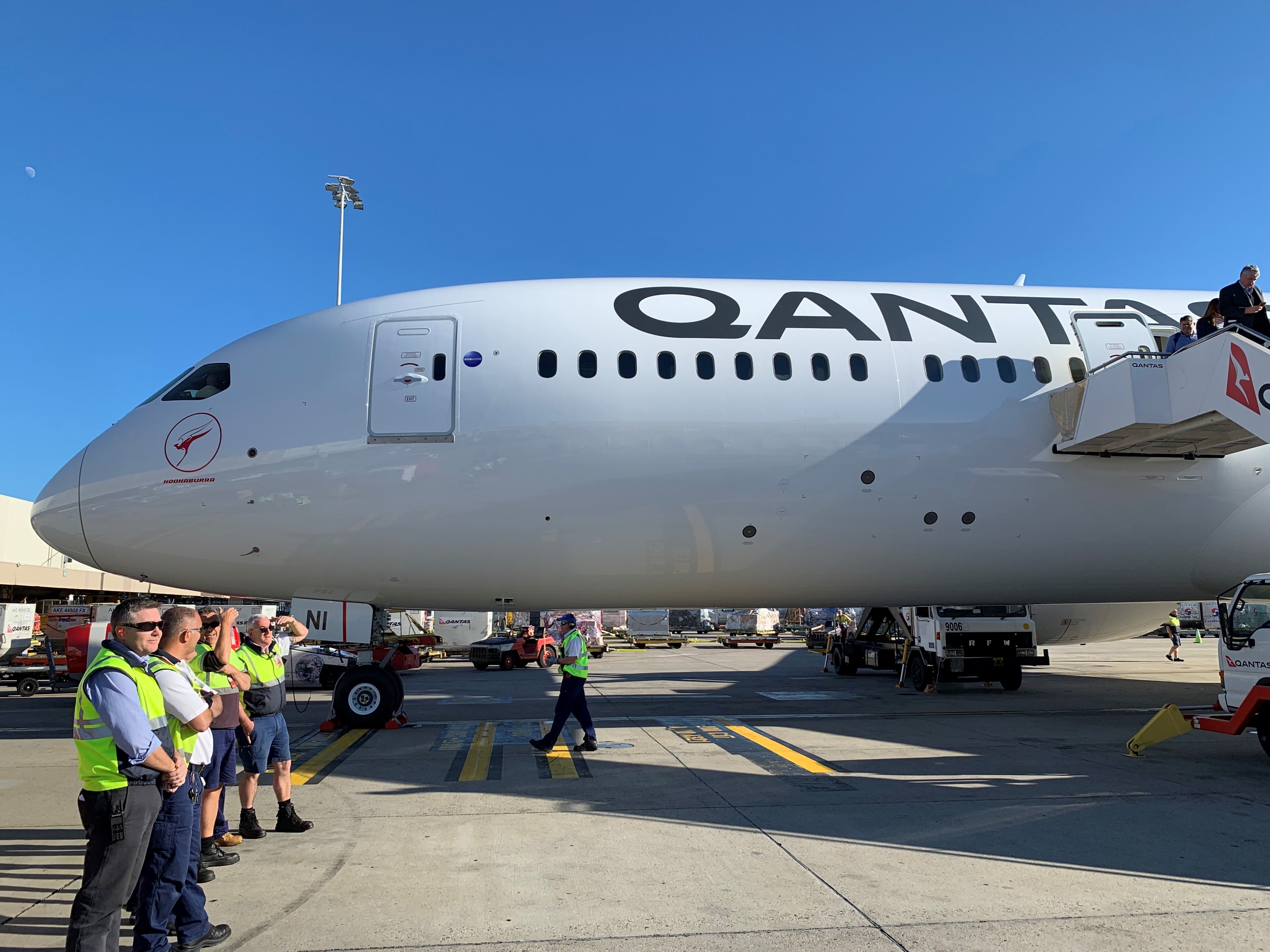 Qantas rejects Airbus and Boeing offers for ultra-long-haul Project Sunrise
This post contains references to products from one or more of our advertisers. We may receive compensation when you click on links to those products. Terms apply to the offers listed on this page. For an explanation of our Advertising Policy, visit this page.

This story has been updated to include comments from Airbus.

Qantas has rejected proposals from Airbus and Boeing for airplanes able to fly nonstop from Sydney and Melbourne to London and New York. No planes currently in service are able to cover the routes, up to 10,500 miles, with a full load.

According to the Sydney Morning Herald newspaper, the airline has asked the two planemakers "to go back and (...) sharpen their pencils, because there still was a gap there," Qantas International chief executive Tino La Spina said at an investor briefing in Sydney on Tuesday.

The refusal may mean that Qantas' plans to begin the flights — which would beat Singapore to New York for the longest nonstops — in 2023 may have to be postponed or even canceled.

Qantas CEO Alan Joyce was quoted in the same story as saying that "I have no problem… in saying 'we gave it a good try but it didn’t work'."

Price played a part in the rejection, but other factors counted too, according to La Spina.

Airbus was pitching an ultra-long-range version of the A350-1000, and Boeing its 777-8X. The former would be a modification of an airplane that is already in service with airlines, while the latter is an advanced version of the 777 that has not flown yet and whose entry into service has been delayed.

“We are in continued discussions with Qantas. The details of our discussions remain confidential,” an Airbus spokesperson told TPG in an emailed statement.

La Spina was quoted by the Australian Aviation site as saying that “We’ve got the Airbus A350ULR and we’ve got the 777-X. Both products can do the mission,” but adding that the airline wanted more than performance at a good price.

“That is just not around price. That covers things like guarantees, the what ifs, because this aircraft is going to be in the fleet for the next 20 years and we want to cover off eventualities,” La Spina said.

Both jets seat around 300 to 350 people, but the configuration that Qantas would likely choose for such long flights might have fewer seats. The Australian airline is already serving London nonstop from Australia, but that's only possible from Perth, while Sydney and Melbourne are too far for unrefueled flights.

Qantas has flown two demonstration flights to Sydney to gauge passenger reactions, one in October from New York and another this month from London. But because no jets made today can get there with full passenger and cargo loads, the Boeing 787-9 used for the flights was limited to just a few dozen people on board. That would not be economical for scheduled service.

TPG senior aviation editor Ben Mutzabaugh, who was on the flight from New York, reported that Qantas would offer a new onboard product if the Project Sunrise flights were to actually happen. That would include a first class "that leapfrogs what’s there today," Joyce said on the flight.

Featured image by A Qantas Boeing 787-9 sits in Sydney after arriving on the Project Sunrise flight from New York on Oct. 20, 2019. Photo by Ben Mutzabaugh/TPG