President Trump Doesn't Side with US Airlines During White House Meeting

Articles
Max Prosperi is a part-time frequent flyer and travel writer and full-time student. Based in St. Louis, Missouri, Max covers a variety of topics with a focus on points, miles, and aviation.
Follow
July 20, 2019
•
4 min read 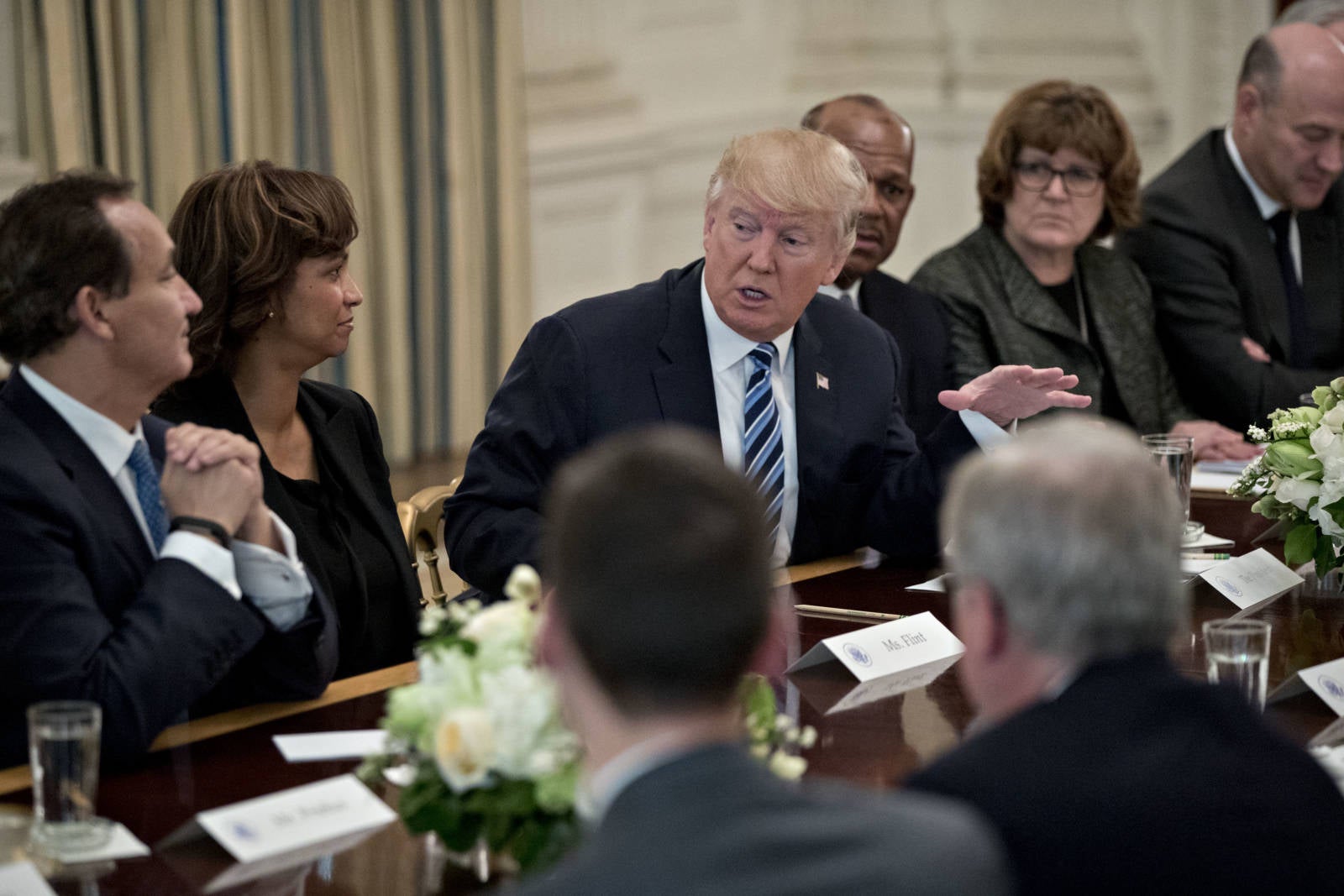 President Trump Doesn't Side with US Airlines During White House Meeting
This post contains references to products from one or more of our advertisers. We may receive compensation when you click on links to those products. Terms apply to the offers listed on this page. For an explanation of our Advertising Policy, visit this page.

The top executives at the major US airlines did not receive the outcome they had hoped for following a closed-door White House meeting with US President Donald Trump and Qatar Airways CEO Akbar al-Baker on July 18. According to reports from CNBC and Business Insider, President Trump did not side with US airline executives on accusations of unfair subsidies and illegal fifth-freedom routes.

Executives from airlines including American Airlines, United, and JetBlue met with President Trump and al-Baker. Executives from cargo airlines FedEx and AtlasAir and Vice President Mike Pence were also in attendance.

During the meeting, CEOs from US airlines raised concerns that Middle Eastern carriers including Qatar Airways were receiving government subsidies and creating unfair competition. US airlines also raised concern over Qatar Airways' 49% stake in Air Italy, which they perceived as illegal fifth freedom routes.

The CEOs of American, Delta and United recently wrote a joint op-ed for USA Today where they urged the Trump Administration to act "decisively to hold Qatar and the UAE accountable."

One of the most vocal opponents of Middle Eastern airlines, Delta Air Lines, was absent from the meeting. According to Business Insider, Delta CEO Ed Bastian was unable to attend the meeting due to scheduling conflicts. President Trump shared his frustration with the absence of Bastian. Qatar Airways' al-Baker also shared his disappointment, noting he had traveled all the way from Qatar to attend the meeting.

In a statement following the meeting, a White House official told reporters that "The real story is that Delta refused the invite." The official went on to note that Bastian's absence, "Didn't help their [Delta] cause."

While White House officials and the CEO of Qatar Airways were disappointed with Bastian's absence, US airline executives were reportedly surprised that al-Baker was in attendance. A White House official said the following regarding al-Baker's attendance: "The president expressly wanted the Qatar CEO as he wanted a variety of perspectives, as he always does."

al-Baker only just met with President Trump earlier in the month to finalize an order for five Boeing 777 freighters. Qatar Airways is heavily invested in Boeing aircraft with more than 100 most widebody aircraft on order. There is speculation that President Trump has avoided siding with US airlines to prevent Middle Eastern airlines from having a reason to purchase non-American built aircraft built by Boeing.

The meeting ended with US airline executives failing to secure a commitment or an agreement from the Trump Administration to intervene in the on-going dispute between US airlines and Middle Eastern airlines.

Ultimately, President Trump instructed US airlines to go through the standard process of filing a complaint through federal regulators. His instructions essentially shot down the chance of US airlines receiving direct assistance from the Trump Administration in the on-going battle with Middle Eastern carriers.

"We had a good meeting. Talked to the president about American jobs and the threat to American jobs from subsidized carriers outside the United States being able to fly from Europe into the United States," American Airlines CEO Doug Parker told reporters following the meeting. "Had a nice audience, and I think we made a good impression.”