8 Places You Can Ski and Snowboard Indoors All Year Round 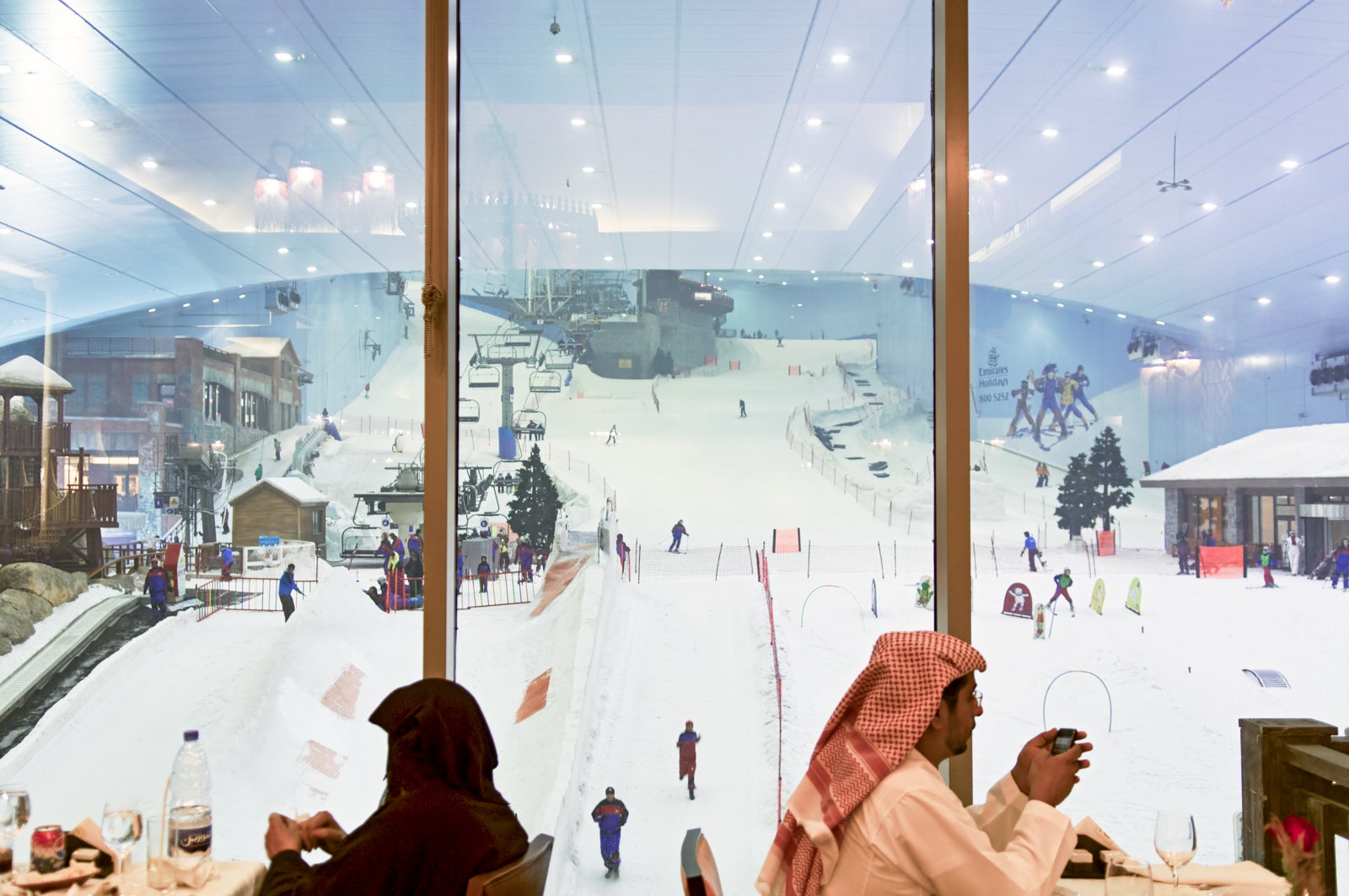 Even for someone who loves winter sports, snowboarding and skiing in the great outdoors comes with its ... unpleasantries. But there is a way to skip the wind, unpredictable weather and natural obstacles (trees! shrubs! falling snow!) and even enjoy the sport year-round.

All you have to do is head indoors.

From a soon-to-open indoor slope in the United States to vacation-worthy runs throughout Europe, there are spots to ski and snowboard inside all over the world. There’s even one facility that offers penguin encounters. So don't put away your snow pants just yet. Now you can hit the slopes every day of the year.

You’ll find the promised ski and snowboard runs at this center in Tamworth (about 75 minutes from London by train), but you’ll also find an ice rink, pool and gym, for when you’re tired of skiing and snowboarding. You can also take lessons and rent everything you’ll need for a day in the (fake) snow at SnowDome.

When it opens — theoretically as early as April 2019 — Big Snow America claims it will be the first indoor ski and snowboard park in the western hemisphere. It’ll feature an 800-foot slope, a chairlift and a ski school, as well as an ice-climbing wall. It's part of the forthcoming American Dream complex, which will bring approximately 3 million square feet of retail and entertainment space to New Jersey.

With five slopes, four restaurants and a hotel, you won’t even have to leave the facility to have a full-on vacation at SnowWorld Landgraaf, which claims to be the largest indoor ski village in Europe. Its sister location, SnowWorld Zoetermeer, is home to Europe’s steepest indoor slope, which measures in at nearly 1,000 feet tall.

Hamburg’s Alpine Center has both indoor and outdoor facilities. With a ski school and ski hall (which is made up of a practice slope, blue slope, red slope and tubing slope), there’s plenty for both beginner and experienced skiers to do. Children will love Toni’s Adventure World, which is an indoor and outdoor playground area aimed at keeping little ones busy.

Ski Dubai is the first indoor ski resort in the UAE, and it has all the expected slopes and tubing activities. But it offers one thing that similar resorts don't: penguins. In addition to purchasing day and lift passes, you can also book some time with Gentoo and King penguins starting at $62 per person.

The Snow Centre in Hempel Hempstead (about an hour from London by train) caters to all levels of skiers and snowboarders with a range of slopes and freestyle areas. The website hosts a live webcam so you can see how busy the center is throughout the day and plan your trip accordingly. Each slope is maintained at night, meaning that you’re going to have to get there early for untouched snow.

With the longest indoor ski slope in the world (more than 2,000 feet!), Snowhall in Amnéville — near the boarder of Luxembourg, Germany and Belgium — offers five different areas: a beginner’s slope, a sledding run, a tubing zone, a big track and a snowpark. The facility also offers lessons for beginners.

For experienced skiers or snowboarders, Auckland’s Snow Planet has a terrain park full of obstacles and slopes. But beginners can take full advantage of the beginner slope or the First Timer Package, which include a two-hour snow pass in the beginner’s area, a 50-minute private lesson and equipment rental. Snow Planet also offers nighttime deals for those looking to sneak in a few runs after dark.