Pilots Share Stories of First Flights to a Major Airport

Articles
Mike Arnot is the founder of Boarding Pass NYC, a New York-based travel brand and a marketing consultant to airlines. A private pilot, he can sometimes be found above the skies of New York City.
Follow
Sept. 12, 2018
•
5 min read 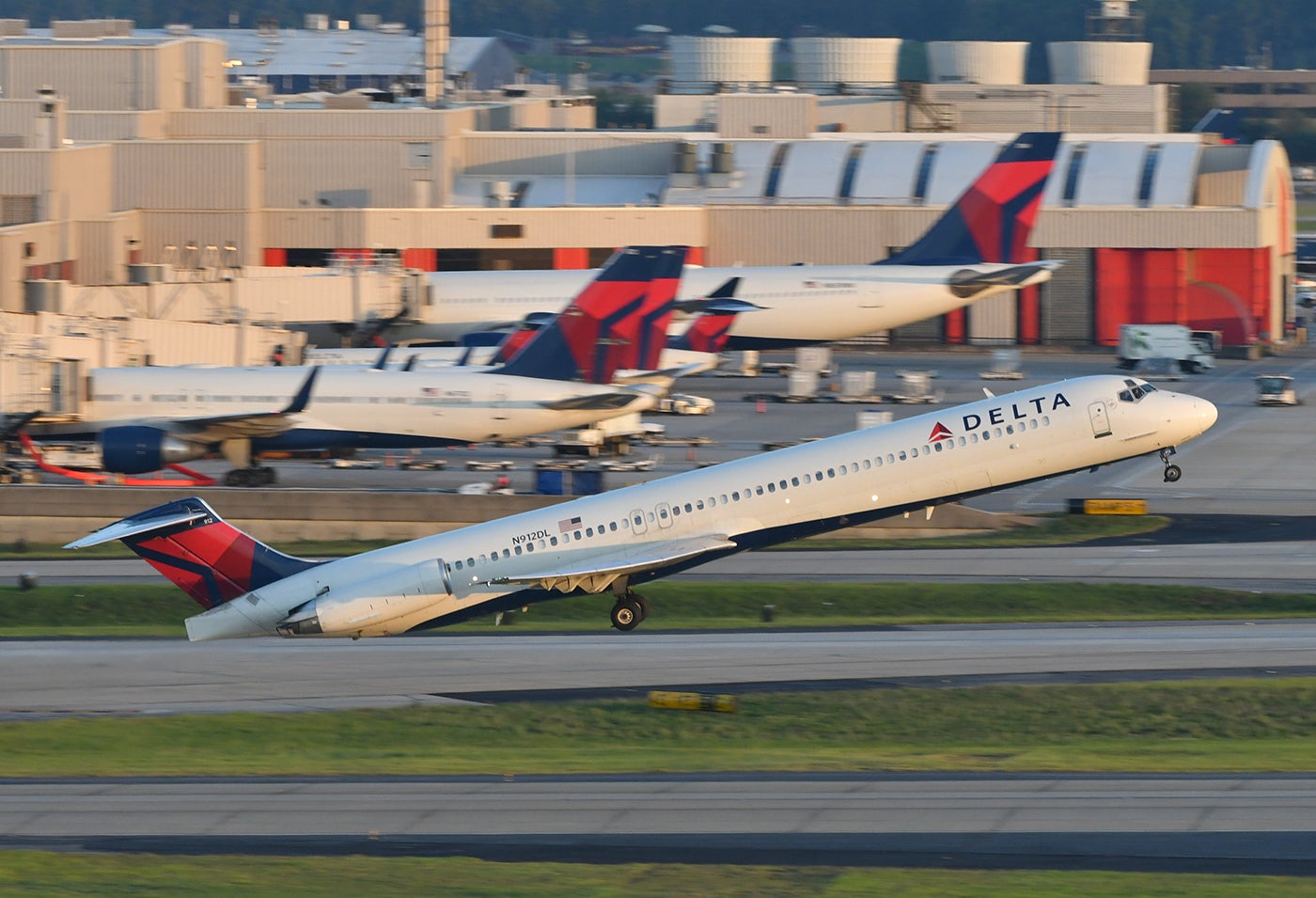 Pilots Share Stories of First Flights to a Major Airport
This post contains references to products from one or more of our advertisers. We may receive compensation when you click on links to those products. Terms apply to the offers listed on this page. For an explanation of our Advertising Policy, visit this page.

The Delta first officer had just landed her Embraer E175 Regional Jet at LGA. It was an unremarkable landing, one of hundreds every day at La Guardia—except for one important fact noted by the captain.

As the plane was taxiing to the gate, the captain announced over the PA system, in his perfect captain's voice:

“Congratulations to First Officer Carolina Larsson on her first landing in a real plane!”

It was a moment to remember for the newly-minted Delta regional pilot. Larsson has recently joined Republic Airways, which flies on behalf of Delta, and is flying the regional jet around the US—from LGA to Kansas City and everywhere in between. It’s been quite a journey for her, shared with every pilot who has been through the wringer of training to become an airline pilot.

Here are some of their stories about landing at a major airport for the first time, and more from Larsson's experience.

Mark Vanhoenacker is a well-known pilot for British Airways. Frequently featured in the media, he has also penned two books, Skyfaring and How to Land a Plane. As a BA pilot, he's had early exposure to one of the legendary names in international aviation: Heathrow. The biggest of the several London-area airports has some of the heaviest traffic in the world, and the widest variety of airplanes from all over.

"I absolutely remember my first flight from Heathrow," he said.

"It was also the first time I flew an airliner with customers on board, on April 4th, 2003, a British Airways flight to Glasgow," he told TPG. "Heathrow is such a busy and important airport that despite all the training in a simulator and on the real aircraft, there’s obviously a huge buzz the first time you actually call up the ultra-professional Heathrow controllers and ask for your departure clearance. That day we pushed back from the gate at 2:58pm, according to my logbook," he said, displaying the trademark precision of a commercial pilot.

"The first take-off—wow. There’s nothing quite like it. For me the excitement of that first flight will always be tied to the wonder of the airport it took place at. My first landing at Heathrow took place a few hours later, on the return leg from Glasgow."

He Started With Aircraft Carriers

Troy Booker is a naval aviator and current long-haul pilot for United. His Instagram account is full of images of his travels flying around the world. He got his start flying for the Navy, doing what is possibly the toughest assignment for a pilot: landing on a moving carrier.

"Nothing compares to my first aircraft carrier landing," he said.

"But my first airline pilot landing was exciting. It was a 767-400 in Frankfurt, Germany, one of the busiest airports in the world. It was stressful, too," he said. Not surprising if one thinks that a plane takes off from or lands on one's of FRA four runways every 50 seconds.

Before she got the congratulatory PA announcement from her first landing, Larsson first had to depart DCA as pilot flying. It sounds both intimidating and exhilarating: departing the nation's capital and landing at LGA.

“It was just amazing. The captain lined up the plane on the runway at DCA, and said that I had the airplane,” she recalled.

“I put my hands on the throttles. And it was at that moment where all of my dreams and training came to this one moment. Now I’m here, with my hands on this...megamachine. Just a part of this massive operation, with huge jets behind you and in front of you. It’s another level from flying Piper Warriors,” she said.

Larsson became a commercial pilot after an earlier career working in Manhattan. No doubt she flew as a passenger out of these major airports, sitting in the back of the plane wishing she was up front.

“I used to sail near Manhattan, look up at the airplanes landing at LGA and dream. So it was surreal to then make LGA my first landing as a commercial pilot.”

The Return Leg to DCA: A Nice View

Larsson was then pilot flying (one of the two pilots is always the one flying, while the other handles radio communications and other duties) on the return leg from LGA to DCA; she flew the scenic River Visual Approach. It's a spectacular way to fly into DC. Check out a video below for the view from the flight deck of this approach. Although it's not from her first flight, it gives you a sense of what a moment it must have been.

When the flight was over, the captain encouraged Larsson to exit the flight deck and greet passengers.

“It was a nice moment greeting them as they exited. They all smiled and said congratulations.”