Articles
Katherine Fan is a former senior travel features reporter at The Points Guy who covered everything from personal finance to travel and aviation.
April 17, 2018
•
2 min read 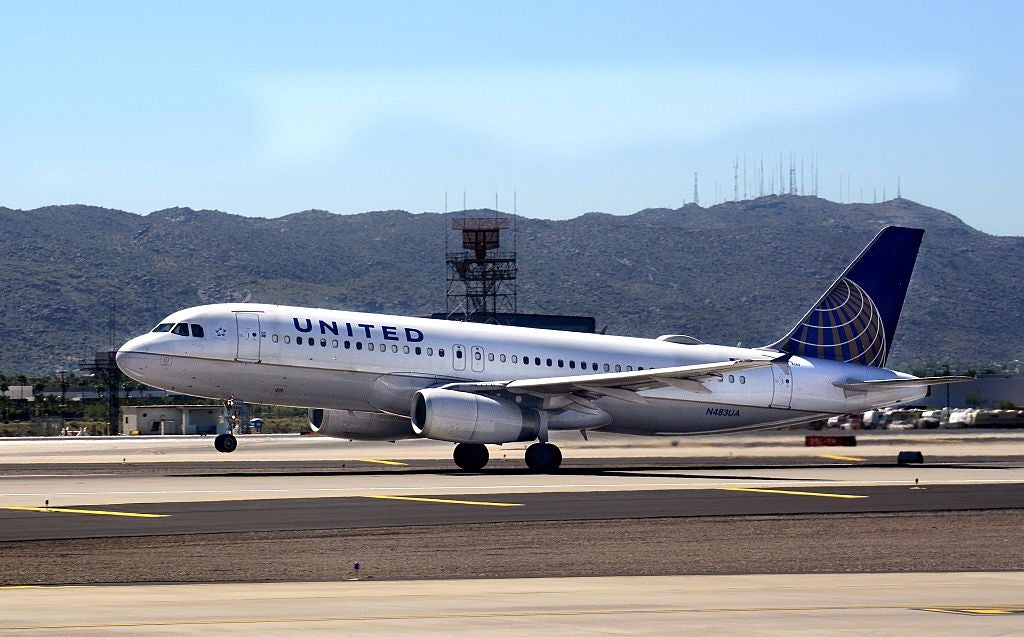 Passenger Shouts "Bomba," Disrupts Flight to Salt Lake City
This post contains references to products from one or more of our advertisers. We may receive compensation when you click on links to those products. Terms apply to the offers listed on this page. For an explanation of our Advertising Policy, visit this page.
Sign up for our daily newsletter

Passengers on United Airlines Flight 570 from Denver (DEN) to Salt Lake City (SLC) had a bad scare on the tarmac Sunday night when an unidentified fellow passenger suddenly began yelling "Bomba" and started a fight as he climbed over the back of his seat to open the emergency door of the plane.

According to passenger Tara Kraatz, the plane was pulling back from the gate late in the evening on April 15 when the passenger stood up, started yelling "bomba," and opened the emergency door while striking at fellow travelers. "He scared the shit out of all the passengers on the plane," said Kraatz, who told Fox 13 Salt Lake City that "I thought the same thing as 9-11, that we're just not going to make it. It was just scary, and I started to cry."

Another passenger, identified only by the first name Steve, told Fox News that "all hell broke loose, really." According to Steve, the man "climbed over the back of his seat, and started striking the passenger behind him. He then shouted out 'bomba, bomba.'"

Cabin crew and fellow passengers helped calm the man back into his seat as the plane returned to the gate. Then all passengers were asked to disembark in order to board another flight to Salt Lake City a couple of hours later.

United Airlines spokesperson Andrea Hiller confirmed the incident, saying, "Flight 570 from Denver to Salt Lake City returned to the gate after a customer attempted to open the exit door. Law enforcement officials met the flight, which re-departed for Salt Lake City on a different aircraft."