3 things to know if you ever have to fly a plane in an emergency, according to a real pilot

Articles
Charlie Page is a senior first officer on the Boeing 787 Dreamliner with over 10,000 hours of flying experience, both around Europe on the A320 family and worldwide on the B787. He is also a freelance writer, contributing to a range of print and online publications.
May 12, 2022
•
9 min read 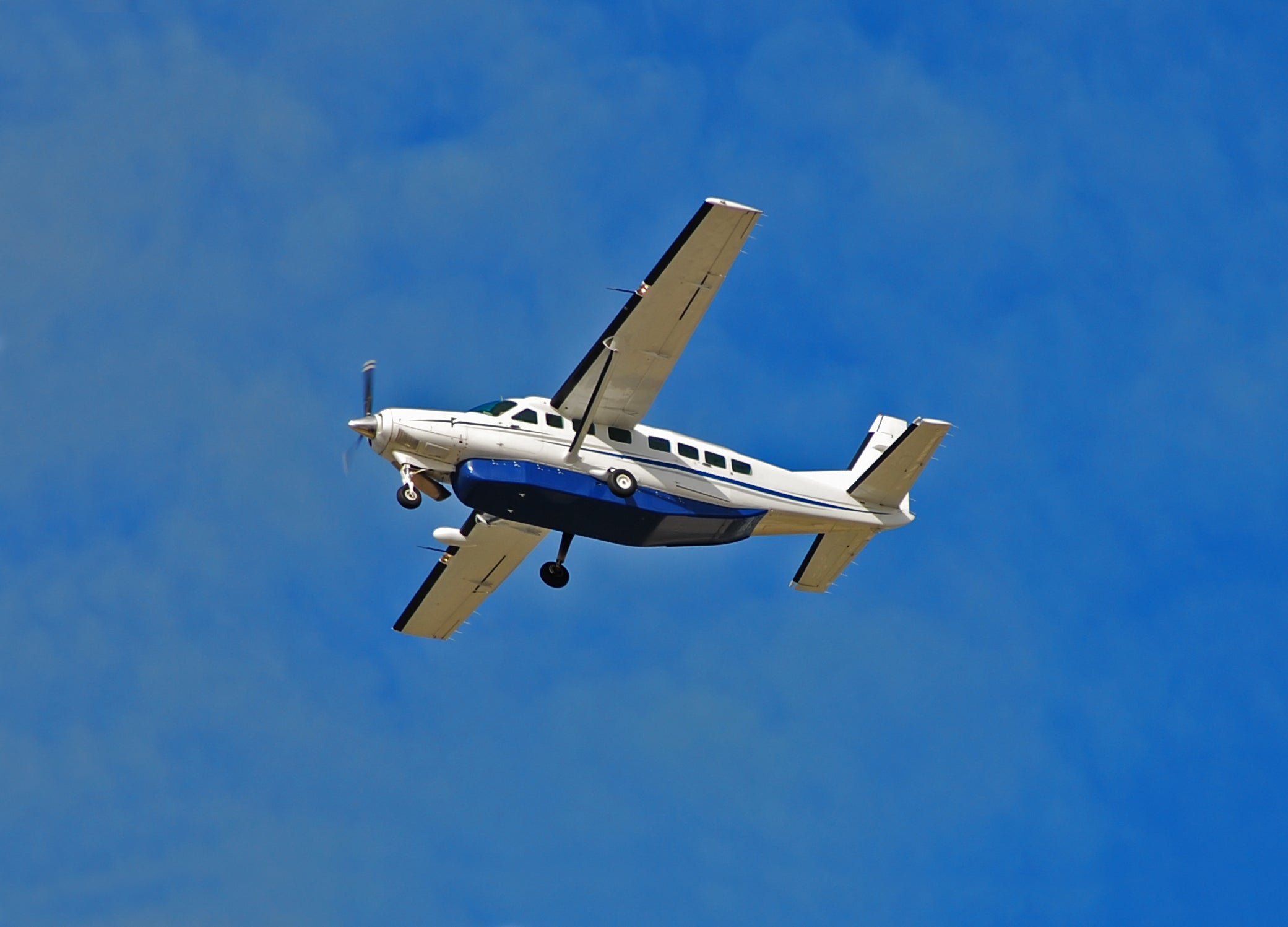 In Florida this week, a man who said he had “no idea how to fly the airplane” was able to safely land the aircraft after his pilot became incapacitated. The incredible story happened off the coast of Boca Raton on Tuesday; air traffic control recordings show the man using near-perfect radio transmissions while asking air traffic control for assistance with his predicament.

As the situation developed, the air traffic controller was able to locate the plane and guide the man to a safe touchdown at Palm Beach Airport.

Pilots like me know that as with all serious aviation events, there will be a thorough investigation by the appropriate authorities to ascertain exactly what happened.

However, news reports on the incident have no doubt prompted many people to think about what exactly they would do were they faced with a similar situation.

Would you be able to step up to the plate and land the aircraft safely? Here is some background followed by three things to know.

One of the first questions that many people will no doubt ask is, “Where was the copilot”?

That's because most people’s experiences flying will be in a large airliner such as the Airbus A320 or the Boeing 787. On these large aircraft, there is a legal minimum requirement of two pilots. Not only does this increase safety when the workload on the flight deck increases on normal flights, but it also means that, should one pilot become incapacitated, the other pilot can safely land the aircraft.

However, on smaller aircraft, a second pilot isn’t always required.

The requirements for a second pilot are complicated but, put simply, it is generally only when the aircraft weight passes a certain threshold that a second pilot is needed.

Related: What pilots do in emergencies

Now that you know that, if you do find yourself having to land a plane with zero piloting experience, here are the top three things that — based on my experience as a pilot — I would suggest you do.

The limbic system found within the center of our brains is a raw and primal system engineered to keep us safe. When our bodies sense danger, it is the limbic that reacts first — what Dr. Steve Peters refers to as our "chimp" in his widely acclaimed book, "The Chimp Paradox."

The "chimp" is an incredibly powerful force within our minds. Built for survival, it quickly assesses situations and makes fast decisions, thinking very much about the immediate short-term with very little regard for the long-term results. It’s the same force that may give you sudden anxiety when faced with making a speech in front of a large group of people or make you freeze when setting off on a steep ski run.

When Capt. Chesley Sullenberger famously suffered a dual engine failure and landed his Airbus on the Hudson River, he recalled that his first two thoughts at the time were “This can’t be happening!” and “This doesn’t happen to me!”

It is the chimp that caused Sullenberger to think like this, disrupting the structured pattern of thought in even the most well-trained and experienced people.

When the unthinkable and unexpected happens, humans react with disbelief, panic and a refusal to accept what our eyes, ears and other senses are telling us.

So how do we control the chimp and stay calm?

Taking a deep breath and slowly counting to 10 gives the rational human part of your brain time to catch up and be able to have an effect on your actions.

As airline pilots, we are trained to do this. It is much better to take a few seconds to make a correct decision the first time around rather than to rush into making an irreversible, wrong decision. Follow this guidance to get your bearings.

Know how to use the radio

Using a radio is a pretty straightforward process — if you know how they work. You’ll need to know where the "Push To Talk" switch is and the aircraft registration, which will normally be somewhere within your eye line.

If your pilot has just keeled over, chances are that the radio is still tuned to the most appropriate frequency so it would be advisable not to mess with it.

Before making a transmission, it is important to make sure that you are not interrupting the conversation between an air traffic control officer and another aircraft — otherwise your message may not be heard. You wouldn’t walk into a busy room and just start talking to someone and it’s the same in the air.

To transmit a message, hold down the push to talk, or PTT, switch. Depending on the aircraft type, there may be a number of these, but on a small aircraft, it will most likely be on the control column about where the tip of your index finger will sit.

Now, what to say?

Once you have made your call, remember to release your finger from the push to talk switch — otherwise you will not be able to hear air traffic control's response.

Stay clear of any clouds

Flying along on a lovely clear day is one of the best feelings in aviation. There a beautiful clear horizon as far as the eye can see and a great view of the sights on the ground.

However, flying through a cloudy sky is an entirely different proposition.

All of a sudden you have no reference as to what is up and what is down. The movements of the aircraft can trick your body into thinking that the aircraft is turning or descending — and when you go to correct this, you could just make the situation worse.

If a pilot is not trained to fly in clouds (known as Instrument Flight Rules, or IFR) a calm peaceful flight can very quickly turn into a disaster, as the pilot in the audio clip below very nearly found out. (Just ignore the graphics as they may not be representative of what actually happened).

It’s chilling to hear the absolute terror in the pilot’s voice as he flies into the cloud and becomes disoriented. He feels as if the aircraft is rolling and he’s certain that he’s going to crash. Fortunately, he is able to tame that terror, take back control of the aircraft and fly level with the wings straight.

Had he not had any previous flying experience, I’m certain that the outcome would have been quite different.

If you find yourself unexpectedly at the controls of an aircraft, it is imperative that you keep the aircraft out of the clouds and always keep the horizon in view.

The chances of a passenger having to take control of an aircraft are so remote that when it does happen, it quite rightly makes the news. There is a reason why there are always at least two well-trained and experienced pilots at the front of an airliner.

However, if this very unlikely scenario happens to you, the key will be to stay calm. Take a deep breath and count to 10, slowly. Find the PTT switch and speak to air traffic control while making sure that you always stay out of the clouds.

And once you do manage to make it down safely, you should probably also buy some lottery tickets on your way home.