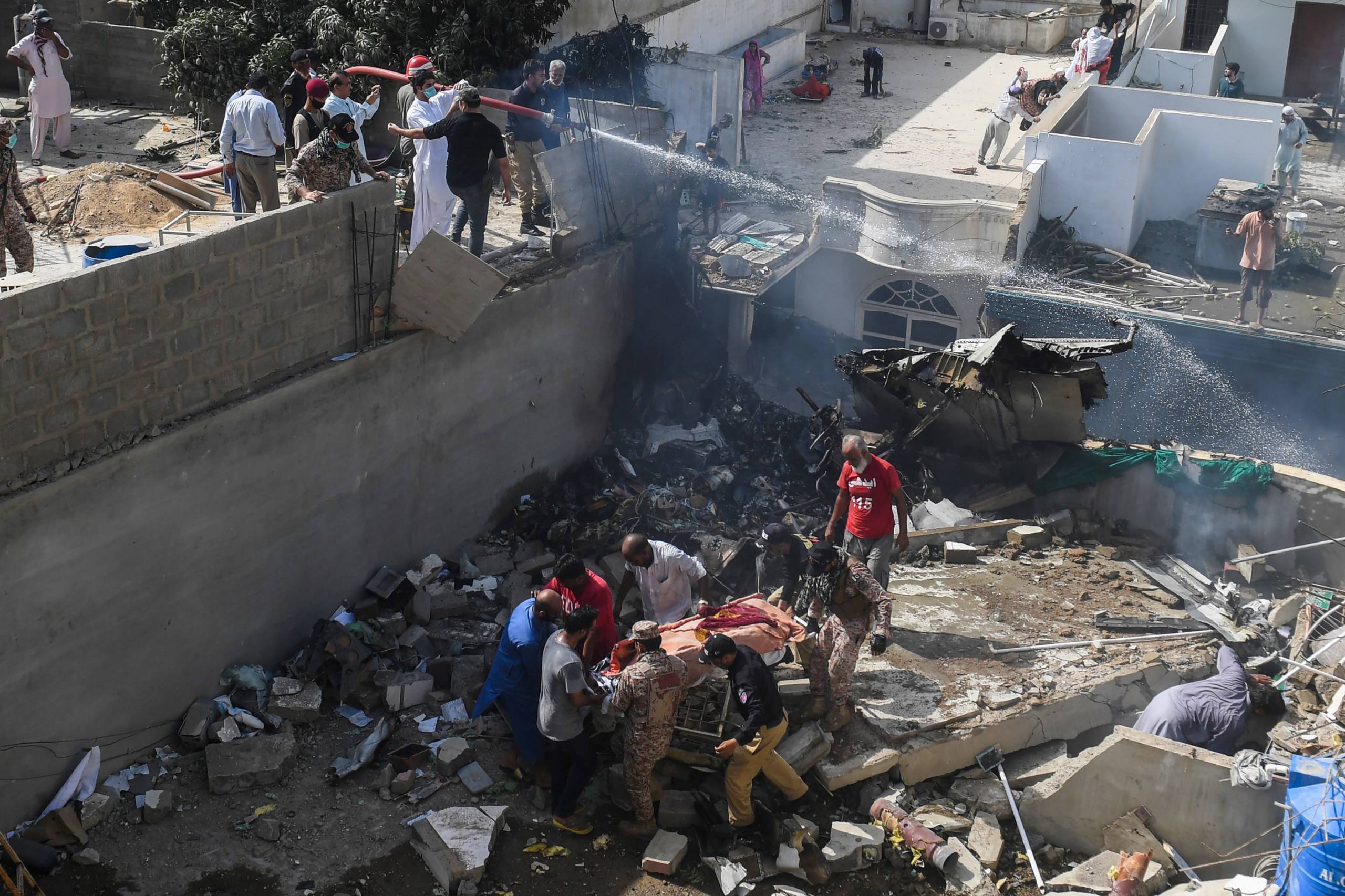 A Pakistan International Airlines Airbus A320 jet crashed just before landing in Karachi on Friday, with about 100 people onboard.

According to officials, Flight PK8303 was en route from Lahore to Karachi when it crashed into a residential neighborhood at 2:39 p.m. PIA said in a statement that the flight was carrying 91 passengers and seven crew members. The BBC reported that there are 76 confirmed deaths so far, but it remains unclear how many of those were passengers. The neighborhood, called Model Colony, is a densely populated area adjacent to the airport, and some of the fatalities may have been people on the ground.

Reuters reported that at least two passengers survived the crash. One of the survivors, Muhammad Zubair, described the immediate aftermath of the crash to the BBC.

"I could hear screams from all directions. Kids and adults. All I could see was fire. I couldn't see any people — just hear their screams," he said.

The flight was operated by a 15-year old Airbus A320, according to FlightRadar24. The jet was delivered to PIA in 2014 after initially serving in China Eastern's fleet.

Reuters reported the crash occurred after the pilots executed a missed approach after their first landing attempt. Zubair said the plane continued to fly normally with no obvious signs of trouble before it crashed. The site further reported that Flight 8303's pilots told air traffic control that they had lost both engines just prior to crashing. The plane's last communication came when the pilots issued a mayday call.

The New York Times reported that many passengers aboard the jet were likely traveling home to celebrate the end of Ramadan, which concludes this weekend. Pakistani aviation had been grounded in an effort to control the country's COVID-19 pandemic, but domestic flights recently resumed.

Civilian and military officials in Pakistan said rescue efforts were underway, and television news reports showed harrowing scenes from the neighborhood around the crash site. The efforts have been hampered by the neighborhood's density, and have slowed down since night fell in the area.