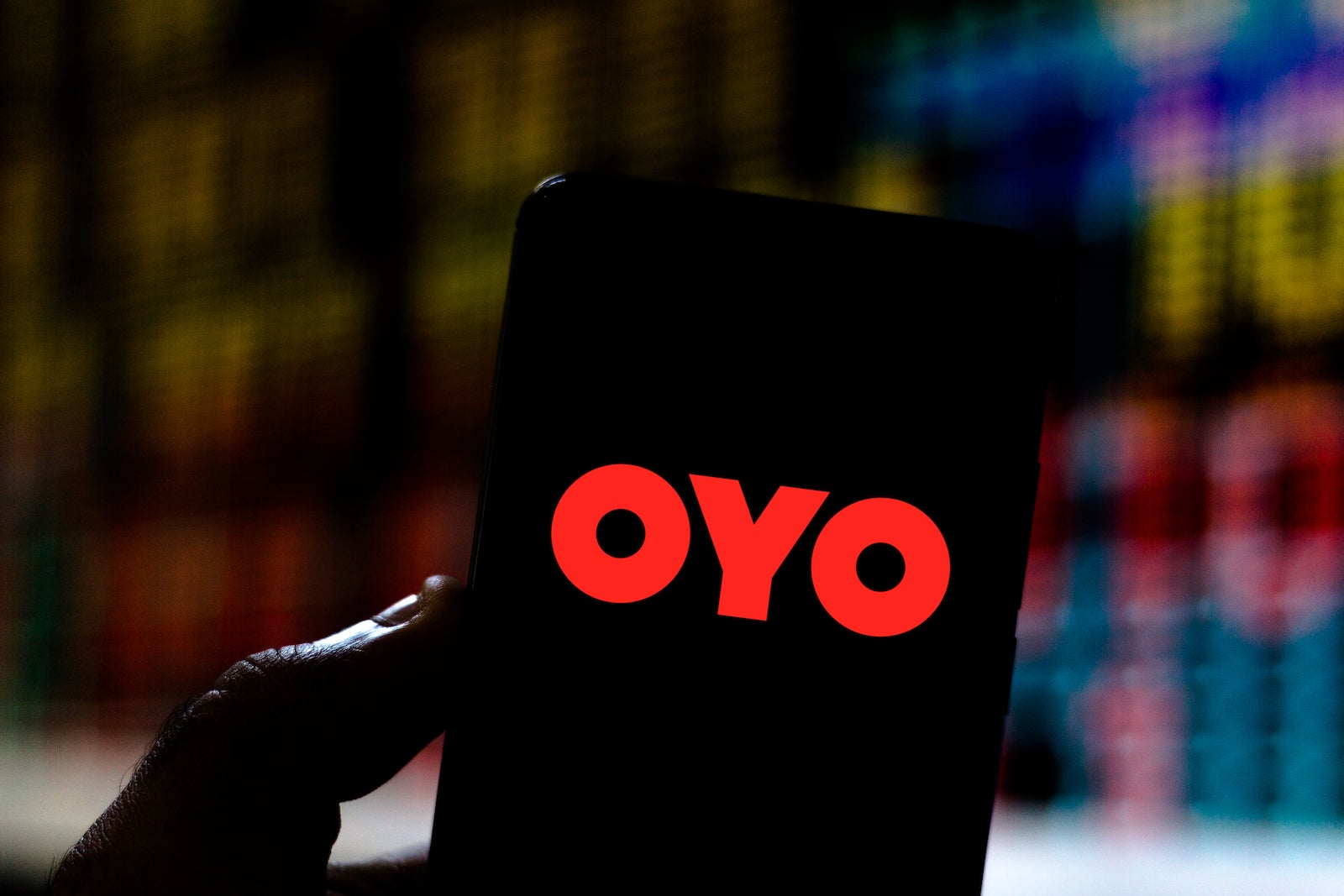 Dynamic pricing — the idea that prices for a particular product or service can fluctuate depending on demand, supply and other factors — has been getting plenty of play in terms of loyalty award redemptions. Now, it could impact your everyday hotel bookings, too.

A budget chain of hotels and vacation rentals, Oyo Hotels & Homes, is plotting a massive US expansion using proprietary dynamic pricing formulas, according to Skift. And (we're told) Oyo's room rates can change up to approximately 50 million times a day.

If Oyo isn’t as familiar a name as, say, Marriott, Hilton or Hyatt to US travelers, it likely will be in just a matter of months. The company’s backers include SoftBank and Airbnb, among others, and the 6-year-old company has been expanding rapidly.

Around the time Oyo opened its first stateside property in June (the Oyo Townhouse Dallas Park Centralia in Texas), the India-based company claimed to have become the world’s third-largest hotel chain by number of hotel rooms — then, that number was about 850,000.

But speaking to The Points Guy in August, Anil Goel, Oyo group's chief technology and product officer, said the chain currently has more than 1 million rooms in total, and is adding an average of 80,000 rooms every single month. By comparison, InterContinental Hotels Group (IHG) has about 855,915 rooms open worldwide, and Marriott has well over 1.3 million rooms across its hotel and timeshare properties. Hilton's brands account for over 920,000 rooms. But Hyatt, though much better known, accounts for just over 215,800 rooms across the globe.

And this summer, Oyo has expanded its US presence from a single property in Dallas to 112 hotels across 21 different states. Clearly, Oyo is a major global hospitality player on the rise.

Room counts aside, the pricing for those Oyo rooms does indeed change frequently, and as Oyo expands in regions outside of India, including the US and the UK, consumers will likely begin to see those rate changes when they’re looking to book a stay.

Goel told The Points Guy that room rates for Oyo properties worldwide can change more than 46 million times in a single day, and that while Oyo’s exact formula for determining pricing is proprietary, it takes into account a number of factors, including current bookings, site traffic and historical occupancy data, all of which is applied to machine learning.

Most hotels already take into account those same factors for pricing their rooms, but Oyo says it’s an outlier in the industry because of its proprietary formula for managing those prices.

“Typically, hotels are set with setting prices for an entire season and rarely changing it,” Goel said. “But you have to change to adapting markets quickly. There might be something happening in that city that you might not be aware of. If demand is low, and we keep prices artificially high, then the hotel is empty. And then hotels have to pass that cost to customer[s]. Dynamic pricing helps customers get [the] best price, and helps hoteliers maximize their revenue.”

Steve Reynolds, founder and CEO of Dallas-based TRIPBAM, a hotel shopping, benchmarking and analytics provider, said that the hotel industry, in general, has attempted to be more dynamic with its pricing.

“Hotels have really taken quite a step forward in terms of having more flexibility in the types of rates they have and how they bucket different rates,” Reynolds explained. “It used to be a very manual process where the revenue manager had only 10 to 20 different types of rate buckets to play with and now they have hundreds, and they have technology tools like Duetto where everything happens [in] real time and it’s more dynamic.”

Not only that, but — at least in markets like the US — the confines of legacy distribution channels don’t necessarily allow for tons of rate fluctuations. “Maybe it’s different in other markets like India,” Reynolds noted, “but the hotel industry here in the US just isn’t set up to be fully dynamic from end to end.”

At Oyo, Goel said its dynamic pricing is programmed to make money for the hotel owner, but also make sure that guests are getting the best price, too. “The system is trying to find the optimum point where RevPAR [revenue per available room, a common metric used in the hospitality industry to measure the success of a particular hotel’s business] is maximized — price times occupancy,” Goel explained. “If you have empty rooms you can give hoteliers a better price but also maximize RevPAR. The system works on a consistent basis. Every minute it changes, so if demand is surging prices will likely go up. If it isn’t, it will likely go down. There are so many frequent changes.”

But just how frequent are those changes at Oyo compared to their competitors? The Points Guy investigated, looking at prices for hotels located near Dallas Love Field Airport (DAL).

Goel said that timing would be a key determinant in how often prices change. The further in advance that you look for hotels, the less likely those prices will change. But the closer you are to your arrival date, the more those prices can fluctuate, he said. The best way to think about Oyo’s dynamic pricing, he said, was to liken it to the pricing you’d see in a ride-hailing app. “If you’re looking close to the stay date, prices are set to change more quickly within the hour.

We didn’t see any price fluctuations over the course of the 10 hours when we watched the price of rooms for the Oyo Hotel Dallas Love Field or the Motel 6 Dallas Market Center for a one-night stay on Aug. 20. The Sleep Inn Dallas Love Field–Medical District, however, did sell out of its last remaining room over the course of the period when we watched prices.

A double bed room, the only remaining room at the Sleep Inn Dallas Love Field–Medical District property was going for $94 a night and was booked by noon.

Looking at rates for a one-night stay on Sept. 20, we found no fluctuations in price for any of the three properties.

It was interesting, however, to see that if you were to book exactly one month ahead, you’d be paying nearly three times more than you would be paying on the same day for Oyo. Two of the three hotels we watched prices for did have higher rates for the date of Sept. 20; but the September rate for the Sleep Inn hotel was actually lower than the rate offered in August.

Checking the same hotel rates for a one-night stay on Sept. 20 on the morning of Aug. 21, however, we did see one major change: While the rates for the Motel 6 and Sleep Inn hotel remained the same as the day before, the nightly rate for the Oyo property dropped from $153 to $54. Overnight, the price plunged nearly 65%.

Our not-quite scientific experiment to see whether Oyo’s prices fluctuated as much as they promised didn’t exactly align with what we anticipated: Prices for a same-day booking didn’t budge, but the rates for a booking made a month in advance did. Of course, this was just for a single Oyo property, out of more than 23,000 hotels around the world. And, as always, there are a number of factors that play into the nightly rate for a hotel on any particular city — dynamic pricing or not. Not all hotels are created equal when it comes to the number of rooms available, or other factors that determine demand.

Our findings appear to align with what TRIPBAM’s seven years of research on hotel rates have also shown: That timing isn’t as crucial when it comes to getting the best rate. One of the primary objectives TRIPBAM fulfills is to help companies save money on hotels, and the company has developed tools to track hotel rates for business travelers. In other words, they shop and compare hotel rates on thousands of hotels on a 24/7 basis.

“We’ve done a lot of analytical research into what is the optimal day to shop for a hotel, and when should you look for a lower rate,” Reynolds said. “There’s not an optimal time of day, and you don’t need to shop more than once a day. If I shopped 100 times a day, my results would not be dramatically different from shopping just once.”

“Most, if not the rest, of the hotel industry is fairly stagnant [when it comes to hotel rates],” he said. “I don’t see Oyo looking that much different from anyone else.” Reynolds did, however, say a quick search across TRIPBAM’s database of more than 10 million corporate hotel bookings in the last year didn’t show any Oyo reservations processed in its system, and that Oyo is likely not as “focused on the corporate market.”

But with the advent of more dynamic or flexible pricing for hotels, however, it’s clear hotels are beginning to price themselves more like their aviation peers. They’re becoming that much more attuned to determining the best rates for their hotel owners to maximize revenues, and they’re instituting policies like shortened cancellation periods to make sure their owners don’t miss out on lost bookings.

As for Oyo, Goel said that even if you haven’t heard of the tech-driven hospitality brand just yet, you will soon.

“Each aspect of our business uses technology that we’ve developed in house,” he said. “We will continue investing in real estate and hospitality experiences across the world. You can be sure there will be an Oyo coming near you soon."