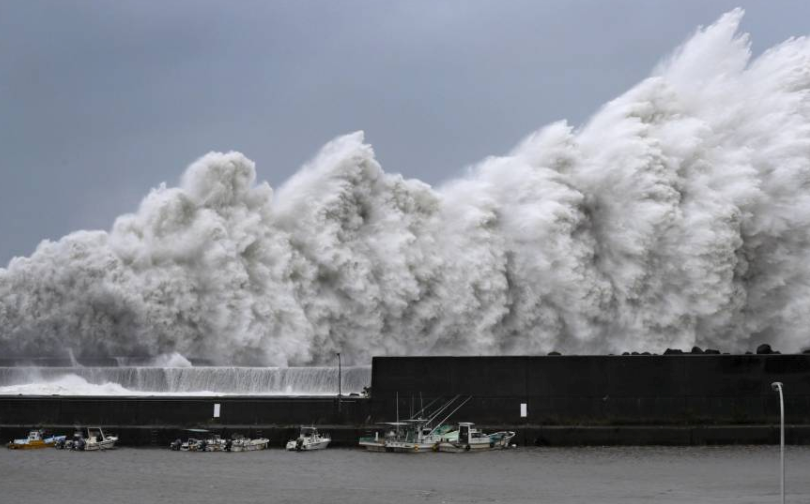 At least one of the two runways at KIX was completely flooded, along with its cargo facilities and other buildings, Japan's Ministry of Land, Infrastructure, Transport and Tourism said. Airport officials told the Japan Times that the basement of a terminal building had also flooded, and the power was partially out in Terminal 1. The extensive floods lead to the closure of the entire airport at 3:00pm local time Tuesday. The airport will be closed until at least Wednesday evening, authorities said. A passenger also sustained minor injuries when a window in the terminal was shattered by the storm.

Making matters worse, about 3,000 passengers became stranded at the airport after the wind slammed a tanker ship into the bridge that connects the airport, which is located on a man-made island in Osaka Bay, to mainland Japan. The 2,591-ton tanker rendered the bridge completely unusable, transport ministry official Mitsuo Nakao told AP. Officials will attempt to evacuate the stranded passengers using the few lanes of the bridge that weren't damaged.

Jebi is the worst typhoon to hit Japan in 25 years, when a powerful storm killed 48 people in 1993.