Can Anybody Replace Notre Dame's Spire? These 8 Designers Have Ideas 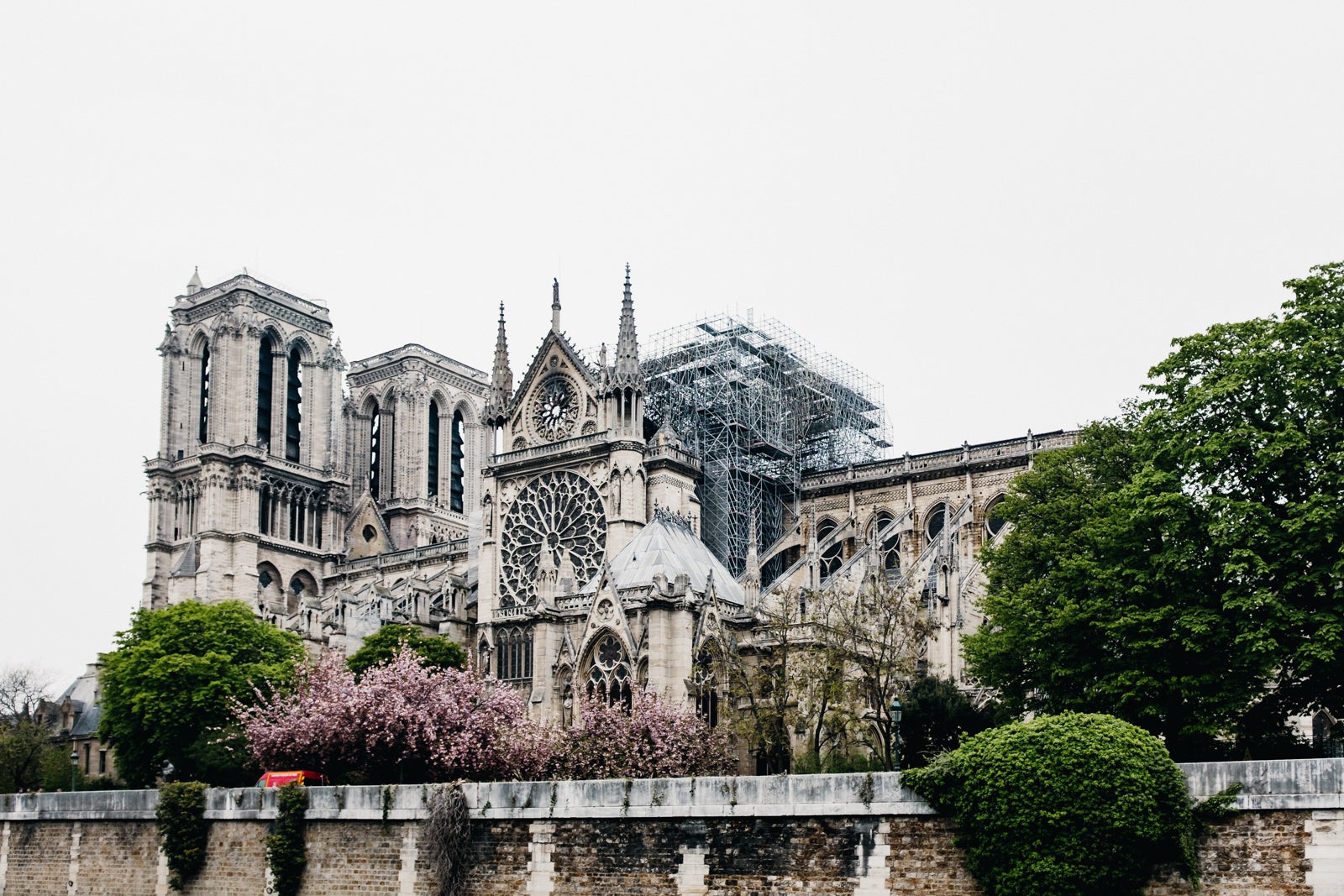 Can Anybody Replace Notre Dame's Spire? These 8 Designers Have Ideas
This post contains references to products from one or more of our advertisers. We may receive compensation when you click on links to those products. Terms apply to the offers listed on this page. For an explanation of our Advertising Policy, visit this page.

In the weeks since the Notre Dame Cathedral's iconic spire collapsed during a massive fire, people in France and beyond have mourned the damage to the beloved landmark — and around $1 billion has been pledged for repairs.

Last month, French Prime Minister Édouard Philippe announced a competition to redesign the unsalvageable roof and spire. Big names like British architecture firm Foster + Partners have expressed interest in entering the competition, but eight international designers have already proposed some fantastic (and outrageous) designs. Rather than replicate architect Eugène Viollet-le-Duc's timber flèche that was lost to the blaze, most architects seem to favor reimagining the spire. After all, it's what Viollet-le-Duc himself did when restoring the Notre Dame Cathedral in the 19th century, as Dezeen pointed out.

Vizum Atelier, for example, proposed adding a tower with a beam that will shine a light up into the sky, explaining that in the Gothic era, builders tried to reach the sky and that Viollet-le-Duc got closer. "Now, it's possible to make it happen," they said on Instagram.

Two proposals seek not to cover the cathedral, but to install a roof of glass. Russian architect Alex Nerovnya wants to add a glass ceiling to replace the one that collapsed in the fire. "Notre Dame will never be the same, no matter how well it's repaired. So why don't we use all our knowledge and architectural achievement to make it better?" Nerovnya wrote in an Instagram post. "When people come to see the Cathedral, they will feel a powerful connection to the history seeing the ancient and the modern parts together."

São Paulo-based architect Alexandre Fantozzi recommended installing a stained glass roof and spire. "In Gothic, there is the connection of the earth to the sky, and inside the Cathedral, the natural illumination multiplies in colors through the filter of the cover in stained glass," he wrote on Instagram. His vision would certainly create a colorful effect on the cathedral's interior.

Paris-based Italian architects Massimiliano and Doriana Fuksas would consider adding a spire made of Baccarat crystal. "The first idea that comes to mind, for example, is a sort of very tall pinnacle made like a Baccarat crystal, which is French, that could be illuminated at night and filled with light," Massimiliano Fuksas told the Italian edition of the Huffington Post.

Another Paris-based firm, Studio NAB, went so far as to propose a glass greenhouse roof that would actually house an apiary for the honeybees that lived in the roof and survived the inferno. According to Lonely Planet, their design also includes planters made from burnt oak salvaged from the attic.

French architect David Deroo was inspired by the cathedral's original design to create a modernized version of the roof and spire with sleek lines and curves. "A middle ground should be reached between acknowledging the past and bringing the innovation of our time," Deroo told Dezeen.

A few of the proposals have been decidedly more outlandish. Cyprus-based architecture collective Kiss the Architect created a rendering showing a futuristic spire with metal arches, circles and spheres wrapped around a central staircase.

But the most controversial proposal came from French designer Mathieu Lehanneur, who suggested recreating the spire as it was the day it burned. Lehanneur, who has been known to experiment with transforming solid materials into a seemingly "liquid" state published a rendering that imagines the cathedral topped by a massive golden flame.

Of course, there are those who favor an accurate and truthful replica — not a contemporary beacon or surreal sculpture. And they are not minority. A recent survey revealed that 54% of French people prefer the spire and roof be rebuilt exactly to Viollet-le-Duc's vision, France 24 reported. Only 25% support plans for an "architectural gesture" or modern creation.