Mommy Points: The Lesson I Learned After Visiting a Theme Park by Myself

Articles
Summer Hull , aka Mommy Points, ran the Mommy Points site for families who want to travel more for less using miles and points for seven years. She now heads up a variety of special projects at TPG when she isn't exploring the world with her own two girls.
Follow
Aug. 26, 2018
•
6 min read 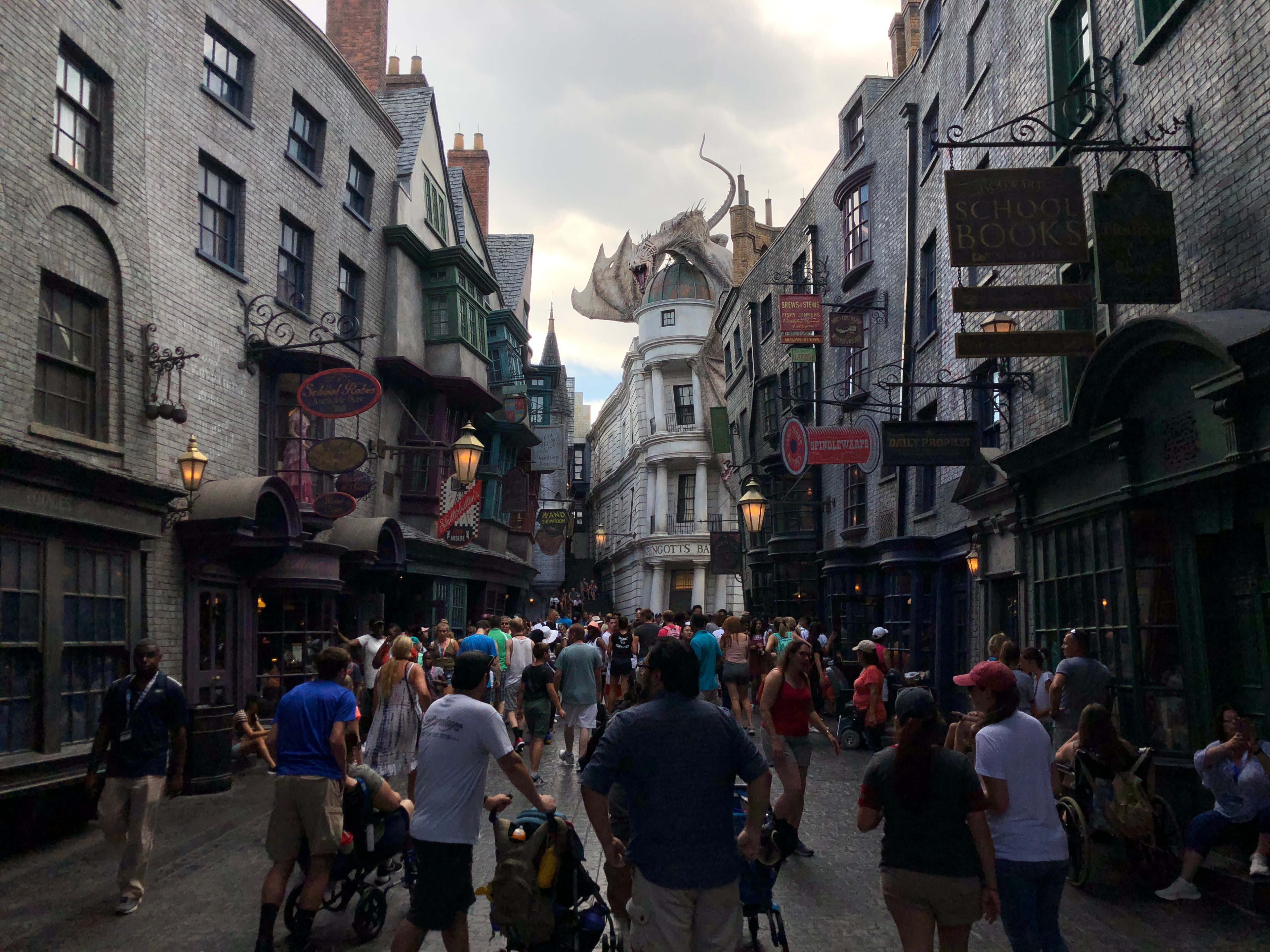 Mommy Points: The Lesson I Learned After Visiting a Theme Park by Myself
This post contains references to products from one or more of our advertisers. We may receive compensation when you click on links to those products. Terms apply to the offers listed on this page. For an explanation of our Advertising Policy, visit this page.

When I took my two girls to Universal Studios and Walt Disney World this summer, the trip was very much all about them. I mean, I certainly enjoyed portions of the experience, but my primary duty was to meet their needs and ensure they were having a good time. That's what parents instinctively do, so I didn't realize exactly how much I was focused on them during the trip until I recently had the chance to go to Universal Studios for a few hours all by myself. I was walking down the same theme park streets and riding the same attractions, but it was a 180-degree different experience when all I had to do was soak it in for myself, at my own pace.

My primary goal in Orlando on this trip was to review the brand new Universal Studios hotel, The Aventura. It was a one-night trip, school had just started back in Texas, and it ultimately didn't make any sense to haul my two daughters back to Florida this time around. So, it was just me, a new hotel and a theme park just a mile or so down the road.

After doing what I needed to do for the hotel review, I could have kicked up my feet, enjoyed the quiet room and gotten some much-needed rest, but let's be honest that just isn't in my DNA. I adhere to the YOLO (you only live once) mantra. That means if there's a chance to do something pretty cool, like visit Universal Studios, nine times out of 10 I'm going to take that path.

It felt a little bit strange purchasing a theme park ticket for one and entering the park all by myself, but it was far more liberating than I expected. Did I want to head straight for Harry Potter? Detour to ET? Watch a parade, browse a shop, or just wander around and people watch? Those were all on the table without worrying about anyone getting tired, hungry, thirsty or bored. There was no stroller to push, no height restrictions to double-check or extra potty-breaks to plan around.

Not only did I notice more details around the park and enjoy the rides about 200% more when I wasn't worried about anyone else, but I noticed a few things about the other people around me. I saw and empathized with the over-tired and stressed parents, the passed out kids in strollers and the families that had had enough for the day but were continuing on to get to the imaginary finish line. I also saw groups of adults who were gathered in places like Three Broomsticks or the Leaky Caldron in the Harry Potter section of the park for evening drinks over fish and chips. If I'm being honest, the adults without kids looked like they were having a far more enjoyable time than the ones with kids.

I wouldn't go so far as to say I had a better time at Universal Studios without my family than I did with them, as that is not reflective of the truth, but I was certainly far less stressed and worn out.

Part of that equation is obvious in that I didn't have anyone else to worry about or take care of beyond myself. The other part is a little less obvious but potentially more important: The families I observed (and was a part of a few weeks earlier) seemed dedicated to checking as many boxes as possible while in the park. When you are paying for hotels, park tickets, stroller rentals and more for multiple people by the day, or even the hour, you naturally want to cram as much fun into that timeframe as possible. The result is not only a lot of fun and activities, but also a lot of exhaustion and cranky pants to go along with it.

When the (self-imposed) pressure to maximize every moment was removed, the experience was completely different — and arguably better. I still rode several big-name rides in a relatively short timeframe, but when I wasn't worried about what came next (and after that, and then after that, etc.), it was infinitely easier to relax and enjoy the moment.

The adult-only groups around me seemed to largely share that philosophy. They weren't rushing through meals, they weren't racing past the shops because there wasn't any time to look and they didn't appear as if they were about to pass out where they stood. It was generally the families trying to make the most of their day that looked to have sometimes overshot the mark. If this sounds like judgement, it isn't. Remember, I was that family just a few weeks earlier.

I'm a little bit of an OCD Type-A planner when mapping out a theme park day with my family, but turning that part of my brain off when I was by myself was easy. That being said, you absolutely come out ahead when you approach a theme park with some sort of strategy (and an Express Pass), but spending an evening at Universal Studios by myself without a detailed plan makes me wonder if that approach could be better the next time I'm there with my kids.

If you do less, but enjoy what you do more, then perhaps you still come out ahead. It sound so simple, but is a concept that is easily lost in the realm of family travel, especially where theme parks are concerned. Can I really stick to the less-is-more concept the next time my family is at a theme park? I don't honestly know, but I'm willing to try and find out.

Our points-obsessed staff uses a plethora of credit cards on a daily basis. If anyone on our team wouldn’t recommend it to a friend or a family member, we wouldn’t recommend it on The Points Guy either. Our opinions are our own, and have not been reviewed, approved, or endorsed by our advertising partners.
See all best card offers
Related stories
News
Here's how many Marriott Bonvoy points it will cost you to score Super Bowl LVII tickets
News
Etihad will bring back its ultra-luxurious Airbus A380
Guide
Get more from your points with these transfer bonuses
News
American unveils additional long-haul flights for summer 2023