Articles
Caroline Tanner covers news and travel for TPG. She is a journalism graduate of Mizzou and Northwestern.
Follow
Sept. 25, 2022
•
7 min read 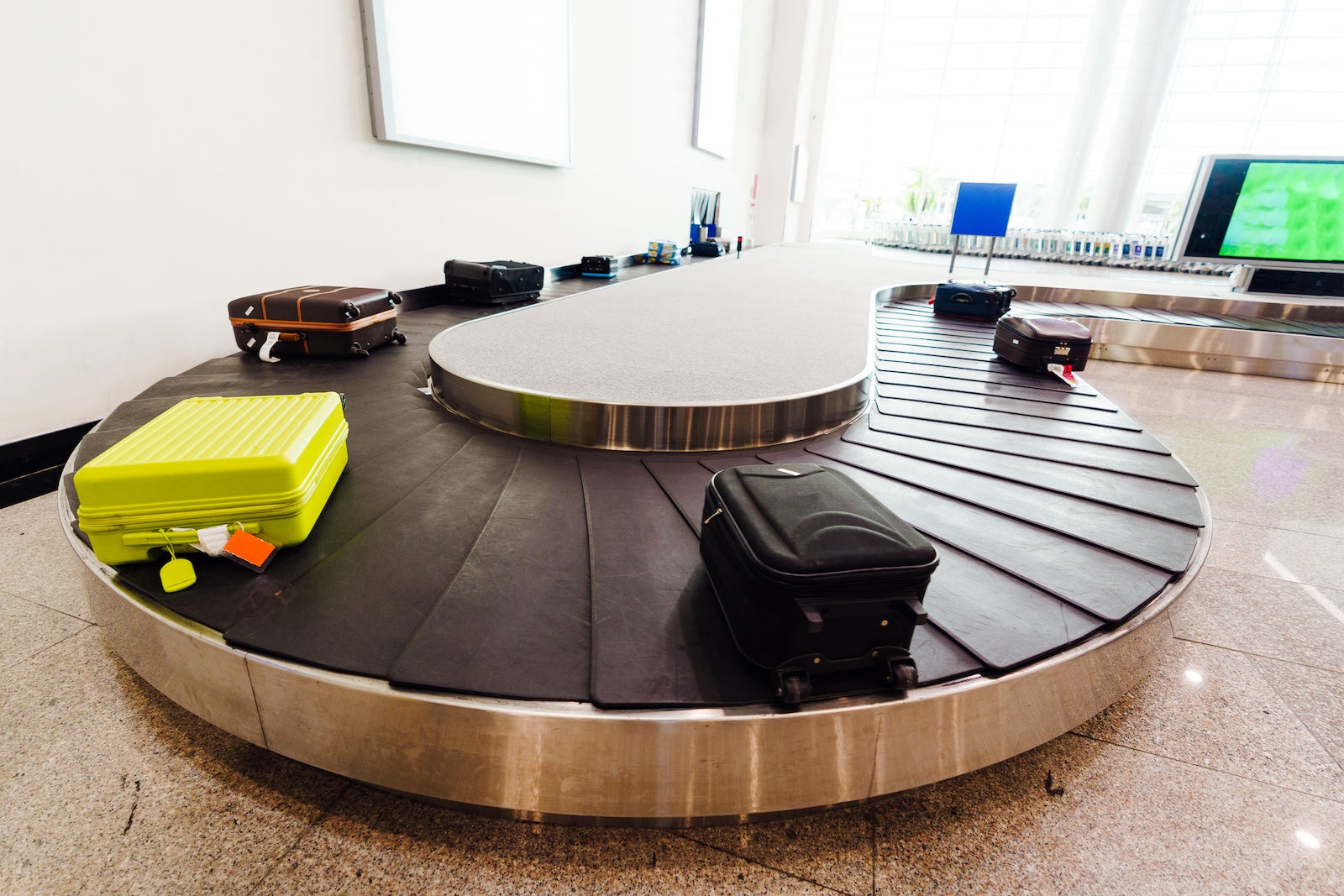 This story has been updated

Knock on wood, but I have yet to miss a flight in my 30-plus years of flying. Another thing I never do is check a bag. In case you're new here, I famously wrote in a newsletter earlier this year that I would "rather die than check a bag." A flare for the dramatics (I am a Leo after all), I simply lack the patience required to retrieve checked baggage following a flight.

However, I recognize that some of you prefer to check bags when flying. While I promise to only judge you slightly for doing so, checking a bag does not necessarily have to inconvenience you beyond the time you spend waiting for it to arrive on the luggage carousel after deplaning. Unless, of course, you miss your flight and your bag has already been checked.

One common scenario occurs when you check a bag but miss your flight and therefore have to rebook yourself on a new flight or cancel altogether.

Another time this often happens is when you miss a connecting flight because your original flight was delayed.

How can you retrieve your checked luggage? Most airlines will try their best to reroute a passenger's bag to their final destination.

This guide details how five major U.S. airlines handle these scenarios and what happens to checked luggage when a traveler fails to board a flight as planned.

To start, you should know that there are different regulations regarding checked bags on domestic and international flights. If you were to miss a domestic flight after checking your bag, the airline should be able to transfer your bag to any other domestic flight since every bag is screened.

However, federal regulations for international flights, known as Positive Passenger Bag Match (PPBM), or sometimes Passenger Bag Match (PBM), require airlines to off-load checked bags if the passenger is not onboard. Of course, there are few exemptions to this rule, such as if a bag is misconnected and needs to get to a passenger's final destination.

This explains why if a passenger is missing for an international flight and they have a checked bag, there will probably be a delay in you receiving your bag since the airline has to manually pull that bag from the cargo hold.

Keep these rules in mind when reading the below airline baggage policies.

If a Delta passenger checks a bag but misses their flight, the resulting situation depends on the reason why they missed their flight.

"Presumably, if it is due to being late, they wouldn’t have been able to check their bag anyways as there is a cut-off for that," a Delta spokesperson said. However, if a Delta passenger checks their bag and is rebooked on a new flight due to their own volition, their bag will be re-routed to the new flight's final destination.

However, if either the customer or Delta cancels the flight, any checked bags will be returned to baggage claim, where the customer can expect to retrieve them. This is also the case for those who miss their connecting flights.

"The bag would continue to the destination it is ticketed for, but if for some reason the customer has a very tight connection and doesn’t make it, there is a possibility that could be the same for the bag," Delta told me.

For what it's worth, Delta has invested in bag tracking technology since 2016, and it became the first airline to allow travelers to track their checked bags in real-time via the Fly Delta App.

"If a customer is re-booked or re-routed, we do our best to re-route the bag tag so it travels with them," a United spokesperson confirmed.

But if for some reason your bag does not end up at your final destination with you, United encourages passengers to file a delayed baggage claim, which you can read about here.

As a reminder, United flyers can use the United mobile app to track their bags in real-time, from the time they check in at their departure airport to the time it arrives at their destination airport; this includes on layovers and connections. Just note that you'll need either your confirmation number or bag tag number to do so.

Unlike the other carriers, Alaska's policy for checked baggage differs on international versus domestic flights.

"Internationally, we are required to pull a bag if the guest does not board," according to an Alaska spokesperson. "Domestically, there is no such requirement and actions may be based on multiple factors like timelines and proximity between connecting flights."

Keeping in line with the other carriers though, Alaska says that checked bags will be re-routed to one's final destination pending it was transferred in time, in the case of missed domestic flights.

"It’s generally quicker for a guest to connect than their bag, but...the bag would travel on to the final destination if it was transferred in time even if the guest was not," a spokesperson said.

In perhaps the most straightforward policy of the mentioned carriers, American Airlines has one rule for missed flights and one for canceled flights.

"If the customer misses their flight and catches another, their bags will automatically be routed to their final destination and can be picked up from the luggage claim," a spokesperson said. "If a flight is canceled, checked bags will be returned in the departure airport’s luggage claim."

Generally speaking, checked baggage on domestic Southwest flights will make it to a customer's final destination listed on a baggage tag.

Even so, should baggage make it to the carousel without its traveler companion, Southwest travelers should look for their baggage at Southwest’s baggage service office at the final airport location to claim it upon arrival.

Travelers hope to arrive at their destinations with their bags, and airlines want the same. Therefore, airlines will do their best to reroute a passenger's bag to its final destination.

Sometimes though, that's not logistically possible given the constraints of customers with tight flight connections and little time for error. If you arrive at your destination without your bag, your best bet is to check the local baggage service office for your carrier at your final airport. This should be located near the baggage claim area or the ticket counter.

Also, be sure to download the mobile app for each carrier, as those can also help you track your bags. If you want even more reassurance, consider purchasing and using Apple AirTags, which allow you to track your bags via Bluetooth.

If you determine that your baggage may have actually been lost, read this for seven steps to take.

Related stories
Updated: A country-by-country guide to coronavirus reopenings
Southwest deal: Get 25% off one-way trips for Christmas and New Year's Eve travel
At just 356 miles, Delta starts flying its shortest wide-body route
Everything you need to know about tipping on a cruise ship
Featured image by BUSAKORN PONGPARNIT/GETTY IMAGES
Editorial disclaimer: Opinions expressed here are the author’s alone, not those of any bank, credit card issuer, airline or hotel chain, and have not been reviewed, approved or otherwise endorsed by any of these entities.