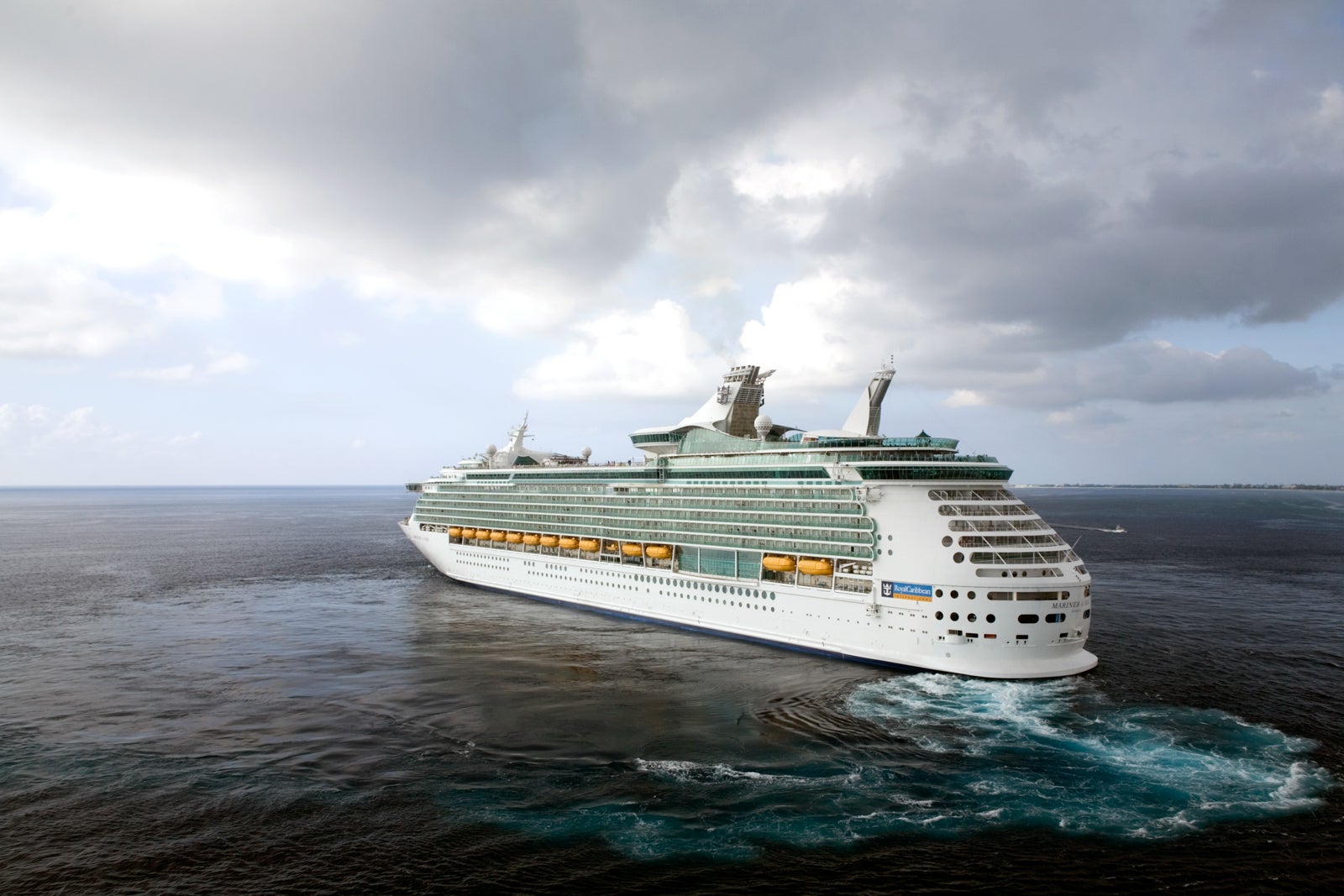 Royal Caribbean Bans Man for Life for “Stupid and Reckless” 11-Story Jump
This post contains references to products from one or more of our advertisers. We may receive compensation when you click on links to those products. Terms apply to the offers listed on this page. For an explanation of our Advertising Policy, visit this page.

It's the latest edition of travelers behaving badly.

On Friday, 27-year-old Nick Naydev from Vancouver, Wash., posted a video to his Instagram that showed him intentionally leaping from the 11th deck of the world's largest cruise ship, Royal Caribbean's Symphony of Seas. The vessel was docked in the Bahamas when Naydev decided to jump, while his travel companions filmed the stunt.

The video of Naydev plummeting approximately 100 feet into the Atlantic went viral on social media, accruing almost 100,000 views and over 1,600 comments on his account in six days.

But though the video has earned Naydev some notoriety, the jump also gotten him banned from Royal Caribbean. Forever. And the cruise line is also considering taking legal action.

"This was stupid and reckless behavior, and [Naydev] and his companions have been banned from ever sailing with us again," a representative from Royal Caribbean told TPG in a statement.

Naturally, you might be wondering what could have provoked Naydev to jump off the cruise ship. In an Instagram comment, Naydev admitted he was still drunk from the night before, and when he woke up he, "just decided to jump."

In a cavalier response to comments on Instagram, Naydev said he didn't break his legs, but, "couldn't walk for three days lol."

Naydev was not immediately arrested after the incident in Nassau. He explained that, "when the cops showed up they were super chill and actually laughed at the video." But in the statement, Royal Caribbean's representative told TPG that the cruise line is "exploring[ing] legal action" against Naydev.

In the comments on his Instagram post, Naydev explained that he planned to swim to shore after hitting the water. But despite his obviously very well-planned and carefully considered jump, a "random small boat came and picked [him] up."

When he returned to the dock, Naydev was told to pack his belongings and leave the ship immediately. Naydev detailed how his entire group was kicked off of the ship, and how he was "banned for life from any cruise."

Konstantin Kryachun, one of Naydev's travel companions and the rookie videographer, told the South-Florida Sun Sentinel that, "[they] didn’t really care about the consequences with the cruise company" and "just wanted to get a video of it and make it go viral."

Naydev's jump may have been extremely foolhardy, but there are a handful of people every year who go overboard from cruise ships accidentally, making the matter all the more serious.

Just last week, a 16-year-old boy fell to his death from his cabin's balcony on Royal Caribbean’s Harmony of the Seas. And while these accidents are extremely rare, the Cruise Lines International Association (CLIA) takes active measures to prevent these situations.