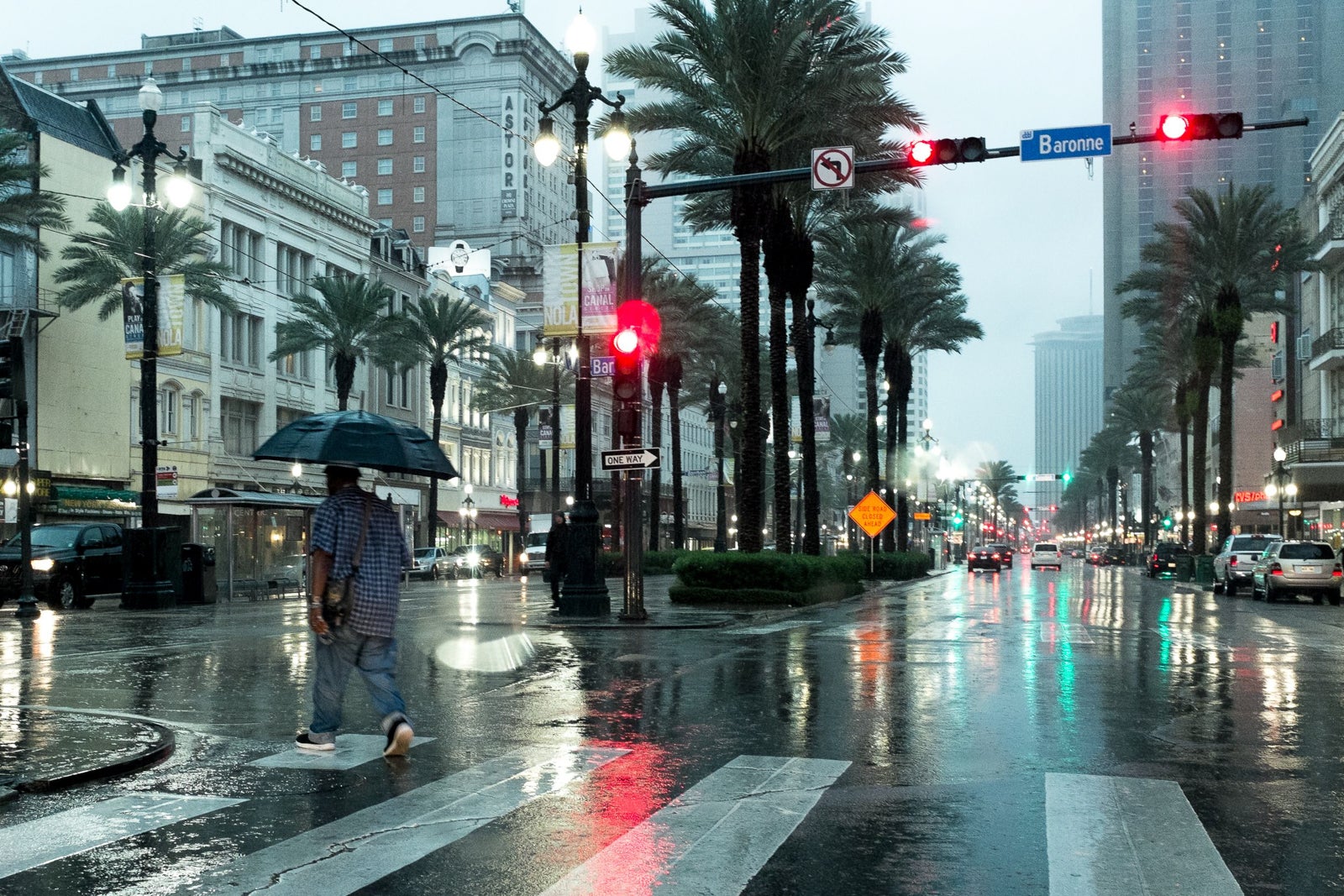 Major Flood Warning Issued for New Orleans Ahead of Developing Tropical Storm
This post contains references to products from one or more of our advertisers. We may receive compensation when you click on links to those products. Terms apply to the offers listed on this page. For an explanation of our Advertising Policy, visit this page.

Although still just a disorganized cluster of storms, a storm system in the Gulf of Mexico is expected to develop into a tropical storm late Wednesday or early Thursday. Prediction models vary on the strength and landfall of the soon-to-be Tropical Storm Barry, but it is expected to cause significant flooding across the Gulf Coast this week and into the weekend. And the effects are already beginning. On Wednesday morning, New Orleans residents faced a flash flood emergency, and the Mississippi River is expected to crest near the top of the city's levee system.

The National Hurricane Center issued a statement Wednesday morning that the "system could produce storm surge and tropical- storm- or hurricane-force winds across portions of the Louisiana, Mississippi, and Upper Texas coasts later this week." The NHC's forecast, in the image below, shows the tropical storm warning area in yellow.

An Air Force Reserve Unit reconnaissance aircraft is scheduled to investigate the storm Wednesday afternoon to help determine if the storm has met the threshold to be upgraded to a tropical depression or tropical storm.

New Orleans is already getting pounded with rain ahead of the storm. On Wednesday morning, the city was hit by severe thunderstorms and tornadoes. Approximately 4-6 inches of rain have fallen across the city in a short amount of time, causing widespread street flooding. A "flash flood emergency" was issued for the city at 10:02am ET with the National Weather Service issuing the following warning:

THIS IS A FLASH FLOOD EMERGENCY FOR NEW ORLEANS. This is a PARTICULARLY DANGEROUS SITUATION. SEEK HIGHER GROUND NOW!

As of the latest forecast issued Wednesday morning, the National Weather Service forecasts that the Mississippi River will climb four feet from its current levels. That will take the river levels up to the top of the 20-foot levees protecting the city, meaning that New Orleans is forecast to be dangerously close to flooding. According to historical measurements, the Mississippi River hasn't exceeded the 20-foot level at this measurement point since 1927, and it hasn't topped 19 feet since 1950.

Flooding is already happening, in fact, and Nola.com posted on Wednesday a video showing people kayaking on Magazine Street:

Ahead of the storm's development and forecast landfall this weekend, Southwest has already issued a travel waiver. Southwest travelers already have the option of cancelling flights for a full refund up just before departure. However, last-minute airfares are typically much more expensive. So, Southwest's waiver lets travelers move their original flights by up to 14 days if they're booked to travel to, from or through a covered airport:

No waivers have been issued (yet) from Alaska, Allegiant, American Airlines, Delta, Frontier, JetBlue, Spirit, Sun Country or United. However, as the storm develops, we can expect to see more airlines issue weather waivers to allow flexible travelers to rebook their flights around the storm.