Lufthansa Has a New (and Weird) Business-Class Layout. Sort Of

Articles
Max Prosperi is a part-time frequent flyer and travel writer and full-time student. Based in St. Louis, Missouri, Max covers a variety of topics with a focus on points, miles, and aviation.
Follow
Oct. 14, 2018
•
4 min read 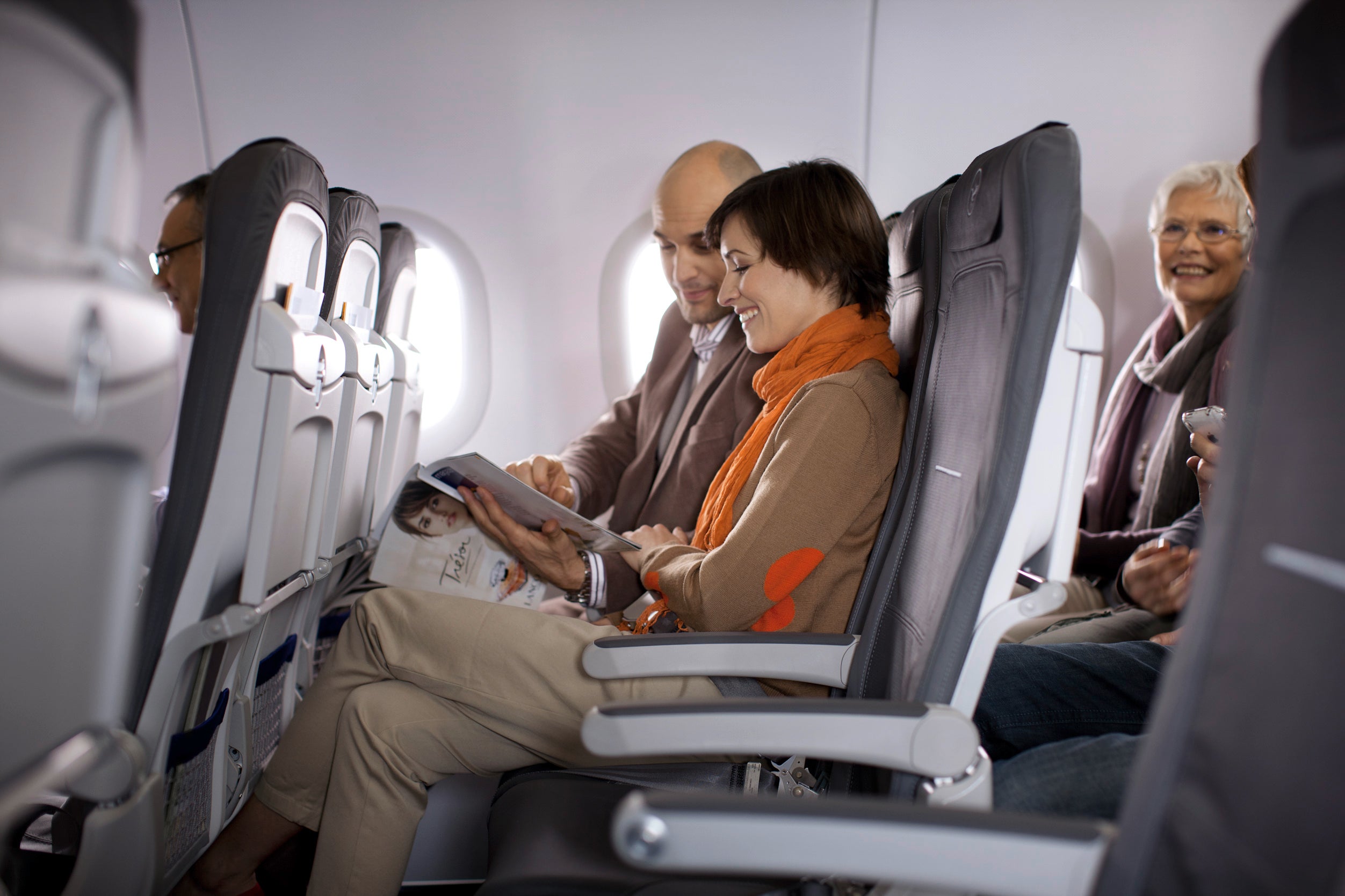 Lufthansa Has a New (and Weird) Business-Class Layout. Sort Of
This post contains references to products from one or more of our advertisers. We may receive compensation when you click on links to those products. Terms apply to the offers listed on this page. For an explanation of our Advertising Policy, visit this page.

Lufthansa used to operate nonstop flights from Frankfurt to Pune, India, until June -- with a Boeing 737 operated by Swiss-based luxury charter operator Privatair and configured with lie-flat business class seats. Then it suspended the service after ending its agreement with Privatair. Now it's bringing it back, but with a twist: No more lie-flat biz class. In its place, it's operating one of its own Airbus A319s, with the same seating it uses on European routes -- but on a long-haul service to India.

Lufthansa can't fly to Pune with its standard fleet of twin-aisle planes, because the runway is too short for the big jets. So it has surprisingly decided to send there an airplane that normally flies short-haul, and does not really have a premium section.

After some backlash among bloggers and passengers, it appears that Lufthansa is going to make a slight change to the way it operates its flights to and from Pune. The German airline is introducing a newly configured business class cabin onboard its Airbus A319 service to Pune, which resumes this month. Except it isn't a real biz class.

The Airbus A319 that is flown to and from Pune is configured in the airline's standard intra-European layout, with 32 seats in business and 90 in economy. "Business" means, as on all its short-range Airbuses, that Lufthansa simply blocks the middle seat and calls the product business class, on flights throughout Europe. This is standard practice for European airlines. The legroom and seat width remain the same in both cabins, at 31'' of pitch and 18'' wide.

By no means a luxurious setting, the Airbus A319 in Lufthansa layout is still a comfortable ride on flights through Europe especially considering passengers in both cabins receive complimentary snacks, meals, and drinks. However, Frankfurt to Pune isn't intra-European, and it isn't a short flight by any means. When the fuel stop in Baku, Azerbaijian, is factored in, the flight to Pune is a little over 9 hours while the return clocks in at just over 11 hours. That means passengers can expect to spend anywhere from 9 to 11 hours in an Airbus A319 configured for flights mostly around 90 minutes.

The resulting backlash has apparently got to Lufthansa. Based on the airline's website, rather than just block the middle seat, Lufthansa will block four seats at each row in Business Class, leaving only two. This means that business-class passengers on this flight will get what is commonly referred to as the "poor man's lie-flat seat."

Other than blocking one additional seat, Lufthansa was not able to confirm any further onboard improvements.

It's important to take into account the price tag on a round-trip flight from Frankfurt to Pune as well. For a round-trip flight in business class, passengers can expect to pay around USD 3600. If I were spending $3,600 on a premium ticket, I probably wouldn't be too thrilled to board the aircraft only to discover economy-class legroom and no power outlet. It will be interesting to see the reaction of passengers on social media.

Our points-obsessed staff uses a plethora of credit cards on a daily basis. If anyone on our team wouldn’t recommend it to a friend or a family member, we wouldn’t recommend it on The Points Guy either. Our opinions are our own, and have not been reviewed, approved, or endorsed by our advertising partners.
See all best card offers
Related stories
News
Hurricane Ian: Airlines join relief efforts, offer bonus miles to customers who donate
News
Which first-class high-speed rail service between Milan and Paris is best?
Guide
Marriott Bonvoy Bountiful credit card review: Solid sign-up bonus with limited perks
News
Cruise lines begin resuming ship departures from Florida ports that closed due to Hurricane Ian