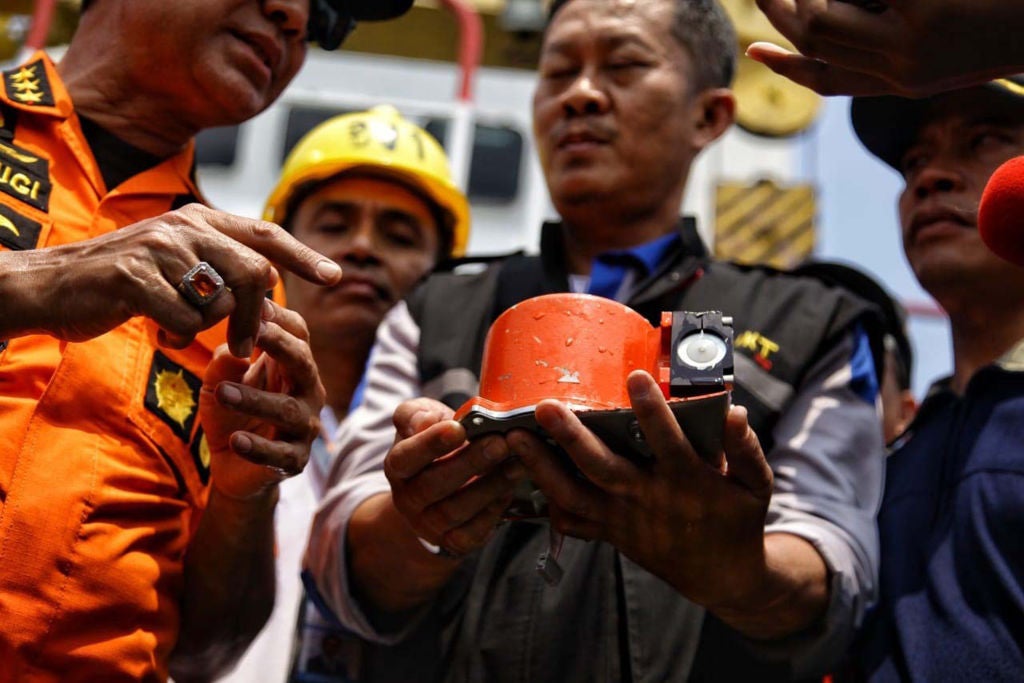 Lion Air Crash: Air Speed Indicator Malfunctioned on 4 Previous Flights
This post contains references to products from one or more of our advertisers. We may receive compensation when you click on links to those products. Terms apply to the offers listed on this page. For an explanation of our Advertising Policy, visit this page.

The airspeed indicator of the Lion Air aircraft that plunged into the Java Sea last week had malfunctioned on the jet's four previous flights, investigators said Monday.

An analysis of the Boeing 737 MAX 8's flight data recorder showed that the jet was afflicted by similar air speed problems on the plane's final four flights, including on flight JT610, which crashed on Oct. 29 and killed all 189 people on board.

Flight tracking sites show that the plane had recorded erratic air speed and altitudes moments before plummeting into the water. Passengers on the flight before the fatal crash also reported irregularities in the plane's speed as well as sudden altitude changes. Lion Air said those issues were fixed before the fatal flight. Based on this preliminary data, experts had guessed that there was an issue with the 2-month-old jet's pitot tubes, which track an aircraft’s speed and altitude, or other software problems that gave the pilots bad information. Now information from the aircraft's so-called black box has confirmed those guesses.

“When we opened the black box, yes indeed the technical problem was the airspeed or the speed of the plane,” the chairman of Indonesia's National Transportation Safety Committee, Soerjanto Tjahjono, said at a news conference on Monday. “Data from the black box showed that two flights before Denpasar-Jakarta also experienced the same problem. In the black box there were four flights that experienced problems with the airspeed indicator.”

Investigators said they will now take an in-depth look at the plane's maintenance records and probe what exactly was replaced or repaired before the ill-fated flight.

“Currently we are looking for the cause of problem,” investigator Nurcahyo Utomo told the AP. “Whether the trouble came from its indicator, its measuring device or sensor, or a problem with its computer. This is what we do not know yet, and we will find it out.”

Investigators also said Monday that the plane was still "in good shape" when it hit the Java Sea and did not explode in the air. Tjahjono, the transportation safety head, said this information was based on the small size of the aircraft debris found and the fact that the engine blades were lost, CNN reports.

Indonesian regulators, along with the US National Transportation Safety Board and representatives from Boeing, are preparing specific inspection guidelines for other Boeing 737 MAX 8s related to the airspeed issues. All other 737 MAX 8s in Indonesia have undergone preliminary inspections following the crash. In the wake of the fatal accident, Boeing reportedly issued an alert to US carriers with the aircraft model in their fleets, saying there was no immediate action necessary regarding MAX 8 inspection.

Search-and-rescue divers are still struggling to locate the aircraft cockpit voice recorder, which will shed light on the pilots' conversations as well as any noises like alarms in the plane's final moments. Divers on Saturday had heard pings from the second device, another so-called black box, but on Sunday they were no longer picking up the locator sounds. Experts say the cockpit voice recorder is a major part of determining whether the Lion Air crash holds consequences for other MAX 8 jets around the globe.