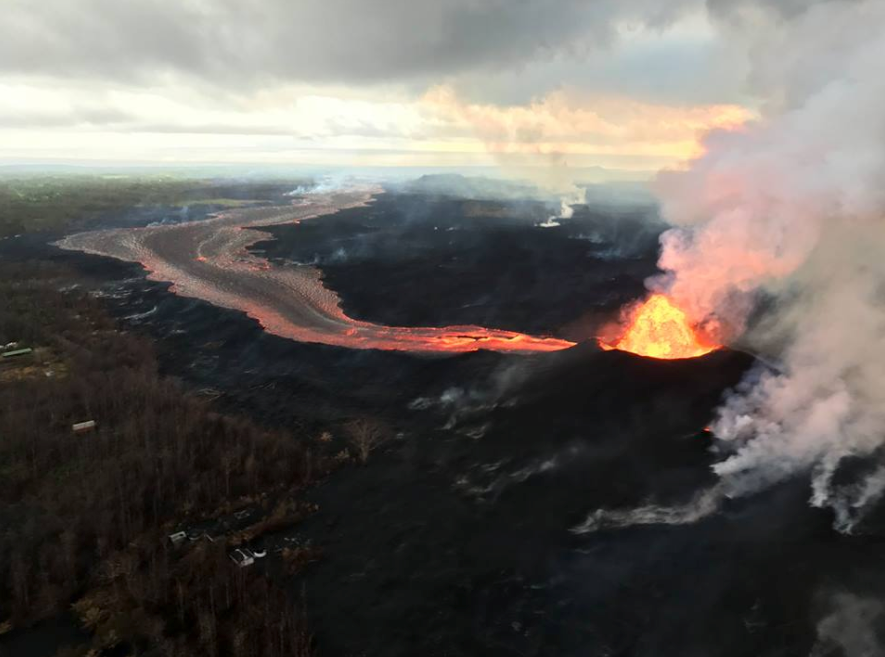 The gushing molten magma has destroyed at least 400 homes across the subdivisions in the path of the lava flows.

“We expect larger explosions will continue at the summit,” Wendy Stovall, a geologist with the US Geological Survey told the AP. But the situation is unpredictable. Stovall says “it’s still really impossible to tell” when the activity will stop.

Kilauea has been so unrelenting that Norwegian Cruise Line has indefinitely suspended Kona and Hilo on Hawaii's Big Island as ports of call on its 2,138-passenger Pride of America cruise. The ship will instead spend extra time on the islands of Oahu and Maui, according to a statement from Norwegian to USA Today.

A magnitude 5.6 earthquake was recorded on Wednesday at the volcano amid a flurry of seismic activity that included three "sizable" earthquakes that hit in two hours, a spokeswoman for Hawaii Volcanoes National Park told the AP.

The series of earthquakes shook loose another column of volcanic ash that shot 10,000 feet into the air. Kilauea's continuous plumes of ash have caused airlines serving the Big Island to extend travel waivers well into the month of June. Below is a roundup of airlines' latest waivers for Kilauea: