Articles
Katherine Fan is a former senior travel features reporter at The Points Guy who covered everything from personal finance to travel and aviation.
Feb. 06, 2019
•
4 min read 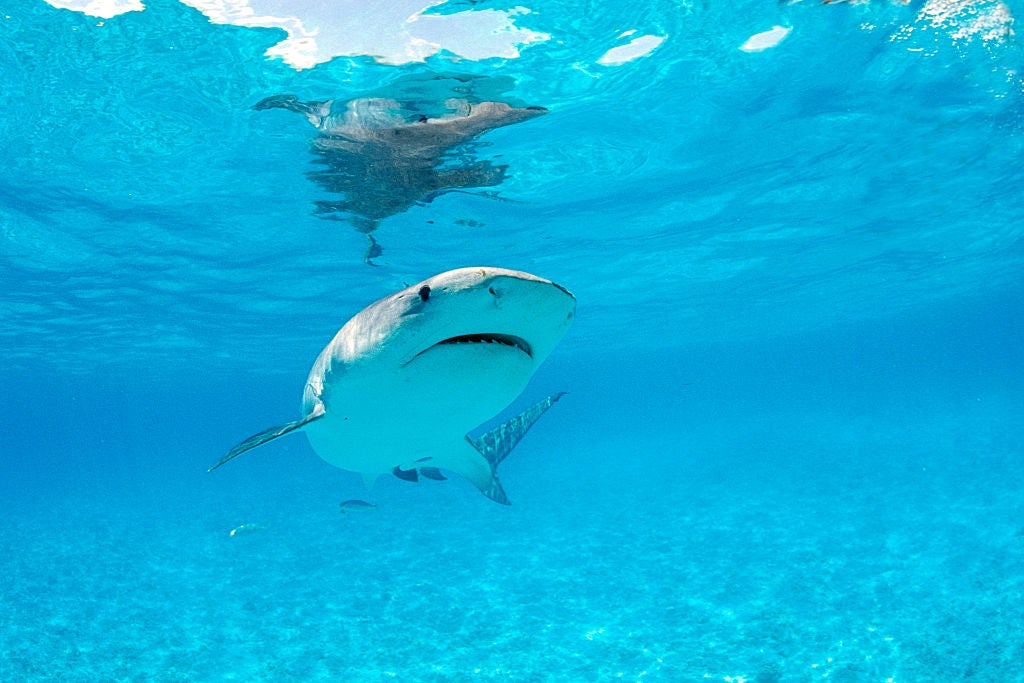 Kauai's Hanalei Bay Closes, Reopens After Tiger Shark Attack
This post contains references to products from one or more of our advertisers. We may receive compensation when you click on links to those products. Terms apply to the offers listed on this page. For an explanation of our Advertising Policy, visit this page.

Hanalei Bay on the Hawaiian island of Kauai was closed to swimmers for 24 hours following an alleged tiger shark attack Monday.

According to the Kauai Fire Department, an unnamed off-duty firefighter was surfing in an area of the Hanalei Bay called "the bowl" when he was bitten by a tiger shark estimated to be about 13 feet long. The man sustained multiple deep lacerations to his leg and was transported to the hospital where he is recovering, according to the fire department.

“When we were going over there, there was like blood in the water and I was like ‘Oh, God,’” said Chas Weimar, a local witness who helped rescue the victim. “He was weirdly calm about this. We were more freaked out about it than him.” Weimar and Kea Dwight helped pull the victim into the boat and got him to help on shore. “He put the tourniquet on himself, and he was breathing and stuff," Dwight said.

Following the attack, lifeguards posted "Shark Sighted" and "No Swimming" signs along Hanalei Bay and notified Hawaii's Department of Land and Natural Resources of the incident, following standard protocol. The bay was reopened Tuesday afternoon after authorities reassessed the conditions and deemed the water safe, although beachgoers should be extra-cautious since sharks are more prevalent in the area at this time of year.

While the idea of a shark attack is terrifying, the average swimmer's chance of falling victim is extremely low. On average, only 80 unprovoked shark attacks occur worldwide each year, a staggeringly low statistic compared to the millions of people who enter the water. As a point of comparison, you are more likely to die in a plane crash (1 in 11 million) than you are to be attacked by a shark (1 in 11.5 million), and even less likely to die in a shark attack (less than 1 in 264.1 million).

In order to further decrease your chances of a shark attack, the Florida Museum of Natural History suggests swimmers take the following precautions:

If you do find yourself approached by a shark, a proactive response is ideal, as sharks respect size and power, according to the Florida Museum. Hitting the shark on the nose, ideally with an inanimate object, is a deterrent action that usually results in the shark temporarily pausing its attack. Try to get out of the water as quickly as possible; if this isn't possible, repeated blows to the snout may be effective, although the result becomes increasingly less so with time. If the shark actually bites you, try clawing at its eyes and gills, which are sensitive areas for sharks.

In worst-case scenarios, certain credit cards such as the Chase Sapphire Reserve offer emergency medical coverage and evacuation insurance. If you know for certain that you will be in potentially dangerous waters, it might make sense to purchase an independent travel insurance plan.