How to Protect Yourself From Measles When Traveling

Articles
Jordan Allen has produced content for TPG on everything from travel trends to flight deals.
Follow
March 21, 2019
•
5 min read 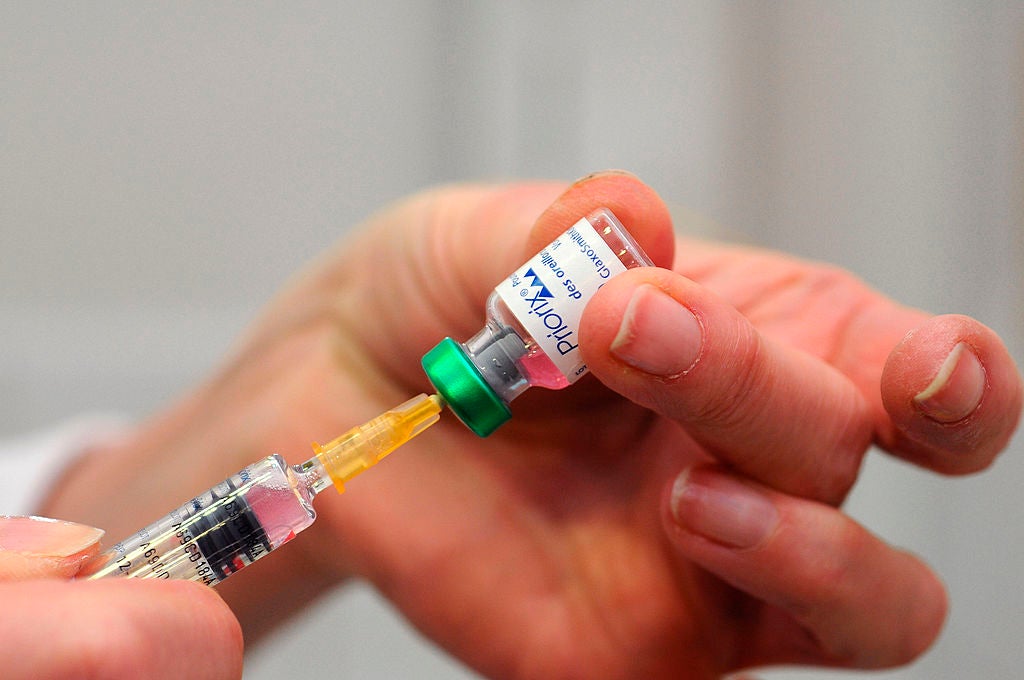 How to Protect Yourself From Measles When Traveling
This post contains references to products from one or more of our advertisers. We may receive compensation when you click on links to those products. Terms apply to the offers listed on this page. For an explanation of our Advertising Policy, visit this page.

With the recent frenzy of warnings from the US Department of Health about potential measles exposure in airports across the US, you might be wondering if it's time to check up on your immunizations.

Last week, it was Los Angeles International (LAX), and three weeks ago it was Chicago Midway (MDW). Early this week, Newark Liberty (EWR) saw its second alert in four months. In 2019 alone, there have been about 270 cases of measles reported in 15 states but might not be as scary as they seem.

As it turns out, it's not uncommon for infectious diseases to pop up in airports. They are the ultimate travel hubs. But it's the appearance of measles — an infectious disease that was once considered "eliminated" in the US — that has disturbing implications.

Dr. Manisha Patel, team leader for measles epidemiology at the Centers for Disease Control and Prevention (CDC), confirmed in an interview with TPG that more measles cases were reported in 2018 and 2019 than in years past. The most recent large outbreak occurred in Disneyland in 2014. In fact, about two-thirds of the recent cases in the US come from unvaccinated travelers who contract the disease when they travel abroad and bring it back home.

"Measles is everywhere — it's in Europe, it's in South America," Patel said. "You can get measles anywhere. Measles in airports certainly is always a concern because you can contract measles within two hours of an infected person leaving that area. That virus is still circulating in that vicinity — so if an unvaccinated person walks through a terminal an hour and a half after someone with measles was just there, they can get it," she added.

While measles is considered to be the most contagious infectious disease worldwide, it's also one of the most preventable.

"Measles vaccine, with one dose, is 93% effective — so that means if you have 100 people in a room and they're all vaccinated, 93 of them won't get measles. And with two doses, it's 97%," Patel explained.

"The US does not have a vaccine supply issue for MMR. It's readily available in many clinics and travel clinics. It's not expensive. There should be no barrier to getting MMR in the US, which is why we encourage travelers or anybody traveling abroad to get vaccinated before they go," Patel said.

A majority of people born in the US since 1995 have been vaccinated for measles, according to annual studies conducted by the CDC. So, as long as you've been vaccinated, your chances of contracting the illness are pretty slim — even if you're in an airport.

"When [measles] lands in an area — what I mean by landing in an area is that you take a person with measles and drop them in a geographic location where you have good vaccine coverage — it stays ... limited," Patel said. "You don't have a lot of spread. But, if you allow that same case to drop in an area where coverage is lower, and that could be for various reasons, not just philosophical, you will get spread," she added.

The MMR vaccine is safe and "highly effective," Patel said. As a preventative measure, Patel recommends getting the MMR vaccine even after exposure.

Patel also suggests that if you plan on traveling, and you only "think" you have been vaccinated, it's best to dig a little deeper. "Try and locate your immunization record as confirmation of vaccination, instead of trying to recall from memory," Patel suggested. "If you cannot find proof of immunity, or were born after 1957, you should consider getting MMR vaccine before traveling in accordance with CDC Yellow Book recommendations," he said.

The CDC Yellow Book is a great resource for travelers who plan to travel outside of the country. Concerned travelers can pick their destination and view which vaccines and medications they need prior to their trip. A recommendation that travelers vaccinate against measles, mumps and rubella recently was added to the Yellow Book.