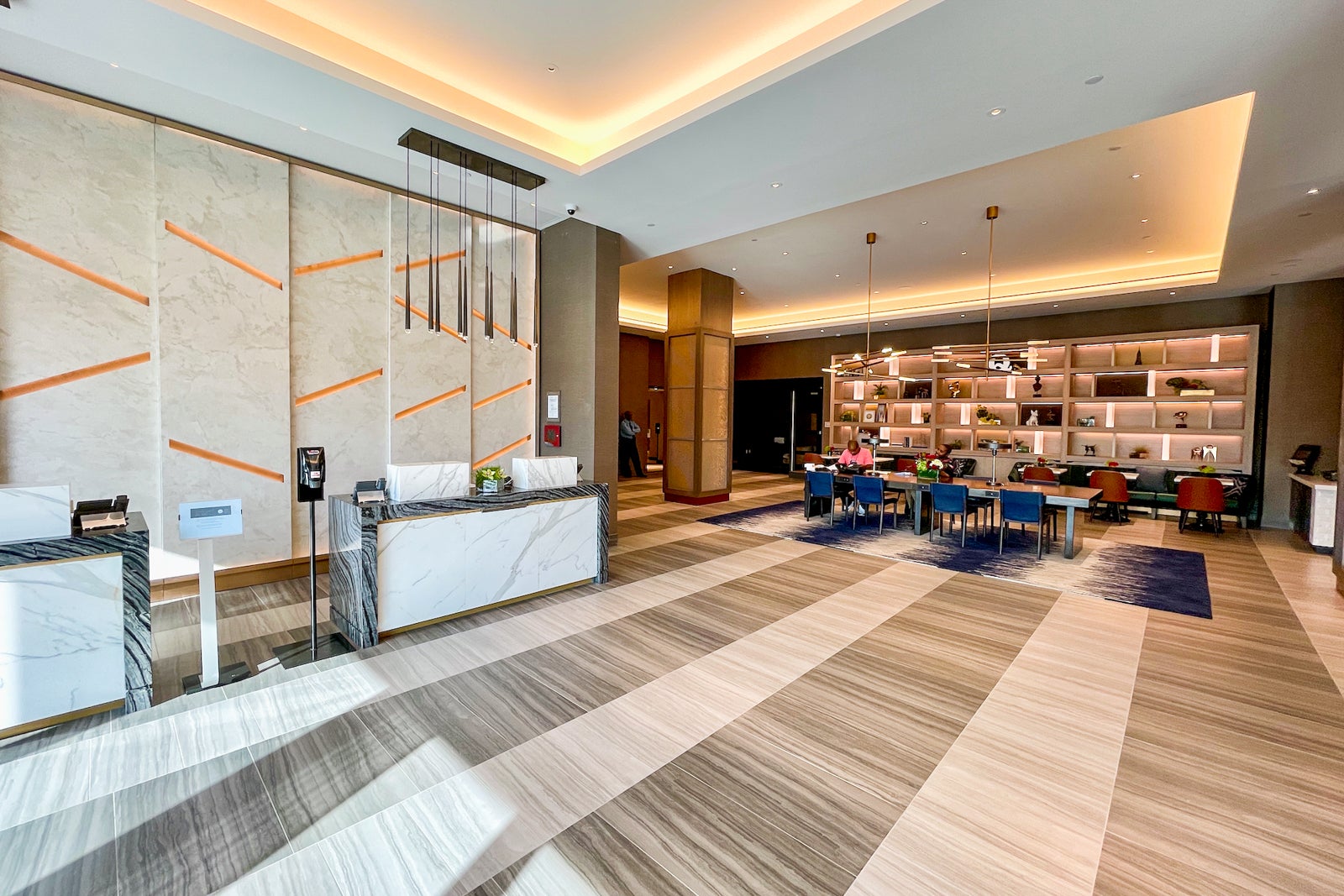 Most major hotel chains don’t actually own most of their individual hotels. Rather, they typically outsource most of their properties to franchisees or simply have management contracts for them. What they focus on is building a loyal customer base to send to these hotels.

Franchisees pay hotel groups a significant amount of money to have access to these customers. In addition to the ongoing fees and commissions, hotel franchises pay the hotel company every time someone stays at their hotel and earns points.

But how do the economics work in the opposite direction? Today we're going to try to uncover how a hotel gets paid by a loyalty program when guests redeem points for a free night.

Whenever a guest completes a stay booked with points, the loyalty program pays the hotel a certain rate in actual cash. However, the amount a loyalty program compensates a hotel can vary widely and often doesn't have to correlate to the number of points you're redeeming. Rather, hotels are generally reimbursed based on their occupancy level.

In an interview with TPG, Jeff Borman — a former vice president of revenue management at both Marriott and Hilton — said that hotels are reimbursed for the full daily rate during peak times because those rooms would likely sell out regardless.

However, during less busy times — think when hotels are less than 90% occupied — they're reimbursed around cost-price. Although there's no fixed amount hotels get per point, this is likely why many of the big hotel programs offer peak and off-peak pricing for award nights.

Related: The economics behind hotel loyalty programs (with insights from a former Marriott VP)

TPG reached out to spokespeople from Hilton, Hyatt and Marriott to try to get more information and received the following response from Marriott:

The reimbursement rate is based on multiple factors for each day. Here are some but not all factors:

We also asked if hotels get reimbursed more when they need to provide elite benefits like upgrades and were told, "For upgrades (not Suite Night Awards), reimbursement is based on the difference in price between room types."

How low does the reimbursement get when hotels have more vacancies? It can be as low as a third or a quarter of the cash rate.

There've been numerous instances where guests on award stays accidentally received folios showing how much the hotel was being paid.

For instance, in 2018, One Mile at a Time shared that Marriott Bonvoy reimbursed the Sheraton Nairobi Airport just $36 for a stay that cost 17,500 points, equating to about 0.2 cents per point. The lowest cash rate currently available at the hotel is about $150. Meanwhile, in 2019, Running with Miles received a bill showing a nightly rate of about $31 for a 5,000-points-per-night room at a Hyatt Place.

Related: How (and why) to calculate award redemption values

This may explain why hotels aren’t always thrilled to have guests staying on points.

In January 2020, the owners of the JW Marriott Phuket Resort & Spa filed a complaint that Marriott unilaterally sets the reimbursement rate for stays booked through Bonvoy. "Marriott was requiring us to sell rooms at a below-market rate. This business (Bonvoy) is some of our lowest-margin business, yet we are forced to honor these redemptions — which hurts our profitability," said Dillip Rajakarier, CEO of the group that owns the hotel. The hotel asked if they could opt out of the rewards program, but Marriott denied the request.

On the flip side, the hotels benefit by getting revenue from the loyalty program for a room that would have otherwise sat empty. And if the guests that are brought in by the ability to redeem points for the room then spend that cash instead at the spa, restaurants and bar, then that can obviously benefit the hotel's bottom line.

Related: These are the best hotel credit cards

Not all hotels in the same category are reimbursed the same amount when a guest stays on points. Furthermore, the hotel doesn’t necessarily receive better compensation if you pay a "peak" or "premium" award rate, though it does get more points off the loyalty program's books. When a hotel is at capacity, it will usually be reimbursed based on the going rate, but that is balanced out by ultra-low reimbursement amounts other times of the year.

If you take advantage of a perk like a free fifth night on award stays, the hotel will normally still get its full reimbursement amount.

The relationship between the loyalty program, the guest and the individual hotels where the member redeems their points has the potential to be symbiotic, but there are different factors that play into who comes up the biggest winner in each individual transaction and how much a hotel is reimbursed for each award stay.

Related stories
First, Club Suite and the rest: Flying the British Airways 777 in all 4 cabins
10 best hotels to see the northern lights
You won’t want to miss New York City’s newest immersive art space
New welcome offers: Earn up to 150,000 points on these Marriott Bonvoy credit cards
Featured photo by (Photo by Benji Stawski/The Points Guy)
Editorial disclaimer: Opinions expressed here are the author’s alone, not those of any bank, credit card issuer, airline or hotel chain, and have not been reviewed, approved or otherwise endorsed by any of these entities.