How Does Ryanair Make Money? By Flying Bags Around Europe

Articles
Mike Arnot is the founder of Boarding Pass NYC, a New York-based travel brand and a marketing consultant to airlines. A private pilot, he can sometimes be found above the skies of New York City.
Follow
Sept. 13, 2018
•
7 min read 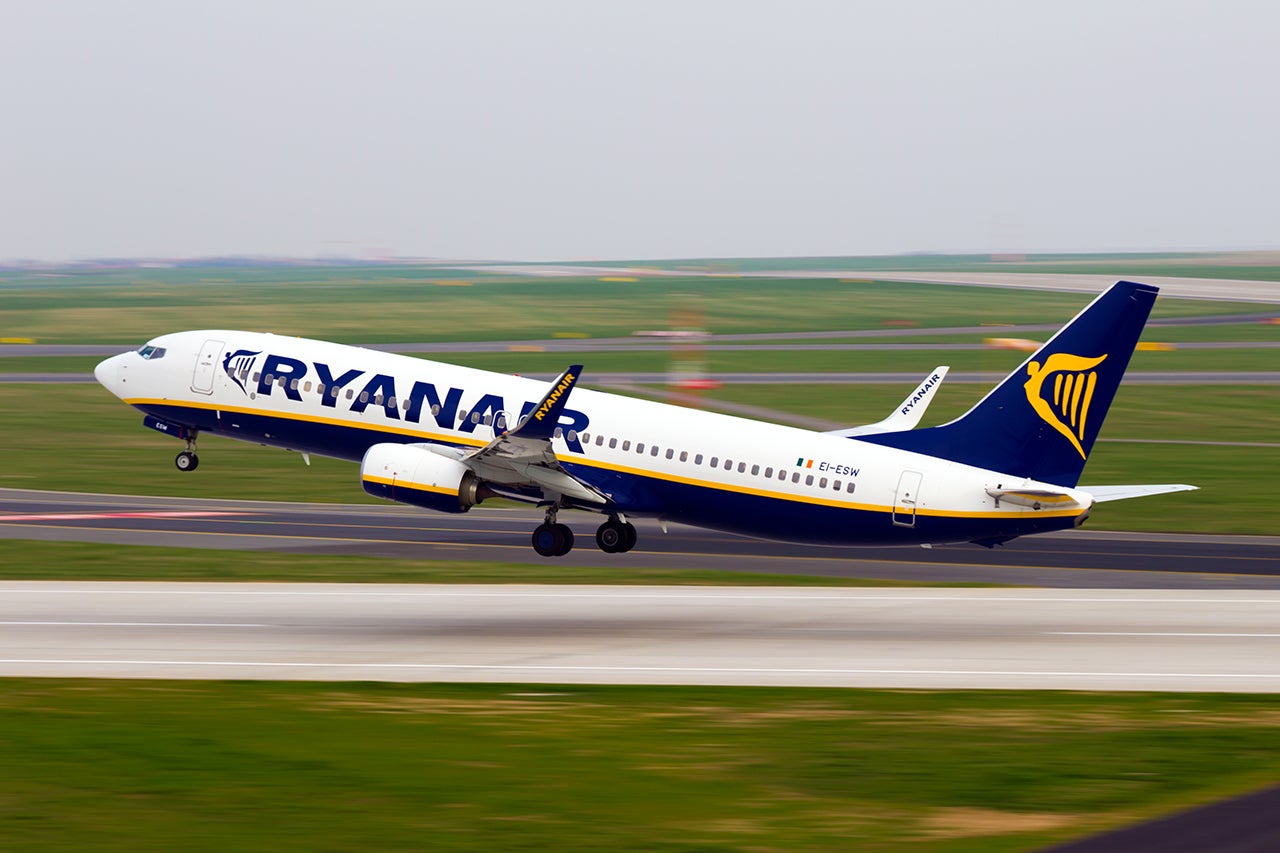 How Does Ryanair Make Money? By Flying Bags Around Europe
This post contains references to products from one or more of our advertisers. We may receive compensation when you click on links to those products. Terms apply to the offers listed on this page. For an explanation of our Advertising Policy, visit this page.

It's an airline that does the "Southwest model" even better than Southwest — but in Europe. You've probably flown them, and if you haven't, you might soon: It's the largest low-cost carrier in Europe, and the fifth-biggest airline in the world by passengers carried.

We're talking about Ryanair: sometimes controversial, usually cheap to fly, and now in trouble. Its annual shareholders meeting takes place next week, under the cloud of pilot and crew strikes around Europe, rising fuel costs, and a precipitous drop in share price over the past year. Ryanair shares on the London Stock Exchange are now worth €13, down from 18 in September last year, a fall of 28%.

Nevertheless, in 2017 the Irish-based airline reported profits of €1.45 billion on revenue of €7 billion. Its planes are 95% full, an enormously high measure. (Compare that to Southwest Airlines, whose load factor is around 85%.)

But how Ryanair is profitable might come as a surprise, particularly since the carrier's revenue from selling airline seats doesn't actually cover its costs per passenger.

Ryanair is a point-to-point only, short-haul low-cost carrier flying mostly in Europe but also North Africa and the Middle East. Its current operations can be traced to low-fare flights operating between Dublin and London in the mid-1980s, followed by the rapid expansion across European city pairs. Low-fare airlines have done so much to bring Europe together that Ryanair boss Michael O'Leary should get a statue in Brussels, The Economist argued in 2005.

Ryanair flies a single type of aircraft, the Boeing 737-800; lands mostly at underserved airports to save on landing fees; and avoids unionization and local-market labor regulation. And virtually all of its bookings are online. Quite simply, Ryanair is the low-cost king. While those costs are likely to go up in the face of labor unrest, Ryanair has scaled low cost.

Ryanair's average fare in 2018 is €39.40 (or $45.81 at current exchange rates). This compares to an average fare of €132 for its competitors across Europe, according to the company. What's wild, though, is that Ryanair's cost per passenger is €42.62. Flying passengers is simply not profitable for the company, to the tune of a €3.22 loss per seat, per flight. And they are proud of it: O'Leary said he hopes that one day people will fly for free. For that matter, Ryanair calls the Boeing 737-MAX 200 the "game changer" because it adds eight more seats to a packed 189-seat 737, despite being the same size. It does so by adding an emergency exit and managing space creatively.

You Want Fries With That?

Ancillary revenues are the name of the game. And while that's the case for all low-cost carriers and an increasing focus for the major carriers, Ryanair takes it a step further. These make up about 27% of Ryanair’s total revenues: €1.5 billion in non-fare revenue, €182 million in on-board-the-aircraft sales, and €86.5 million in commissions from car rentals and hotels.

The key point here is that sales of drinks and "crisps" on-board, and offers for hotels and rental cars, are insignificant compared with baggage fees and the like. And that's where the magic lies for Ryanair.

This cross-and-upsell revenue that makes up the difference includes:

None of these fees will new to the seasoned low-cost traveler. And yet, one cannot imagine a US low-cost carrier flying below cost and hoping to make up the difference in sales of Coca-Cola and priority boarding.

As of yet, Ryanair isn't charging passengers to use the lavatory, nor does it plan to introduce standing seats, two ideas attributed to O'Leary, whose knack for making headlines by hook or by crook is legendary. And it doesn't need to.

It just needs to charge passengers for these "you-want-fries-with-that" services—as many times per day as it can.

Ryanair flies an average route length of 770 miles and an average flight duration of approximately 1.8 hours. This allows it to use its planes more times per day than its competitors—and every segment is an opportunity to earn about €5 in profit per seat on average.

It used to the be the case that Ryanair would (quite hilariously) fly to secondary airports—the ticket may say Copenhagen, yes, but the plane actually lands in Malmö, Sweden! Nowadays, however, Ryanair has expanded to so-called primary airports—now flying around 33% of its route map to primary airports. Its original airport in Brussels was actually Charleroi, far from the city, but now it flies to Brussels airport itself, and that has not cannibalized the original route to the secondary airport. It's the same in many major centers on the route map.

Ryanair negotiates hefty discounts on landing fees and promotional guarantees from the regional airports it serves, on the premise that the airline will bring additional tourism dollars and employment to the airport and region—backed by historical data. These concessions to Ryanair are critical to maintaining its low-cost structure.

If you get the chance, flying Ryanair is an experience unlike most other airlines. Mercifully, the flights are usually short. The seat pitch is 30"—tight. The seats don't recline. There are no tray tables. You'll pay for everything.

But look at the numbers: Ryanair flew 120 million people in 2016, about double the number flown by Lufthansa, the biggest traditional airline on the continent. People are voting with their feet.

Related stories
What are points and miles worth? TPG’s December 2022 monthly valuations
Capital One Venture X to lose Priority Pass restaurants and spa services as of Jan. 1, 2023
December 2022
Current Hyatt promotions: Bonus points on stays and dining plus double stay credits
Featured image by Ryanair Boeing 737-8AS takes off from PRG Airport. (Photo by Shutterstock.com)