How do airplanes fly?

Articles
Mike Arnot is the founder of Boarding Pass NYC, a New York-based travel brand and a marketing consultant to airlines. A private pilot, he can sometimes be found above the skies of New York City.
Follow
Feb. 20, 2020
•
9 min read 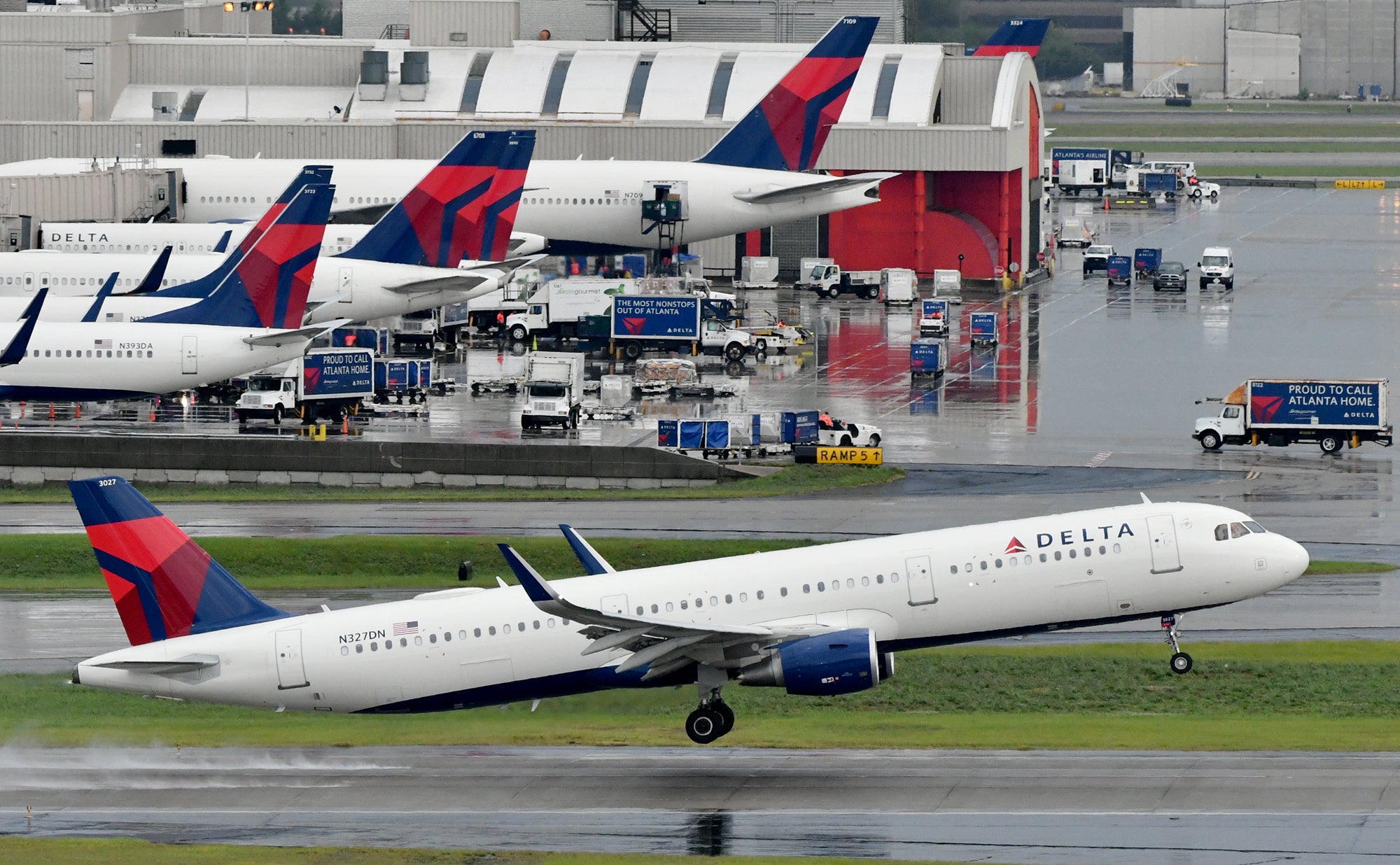 117 years after the Wright brothers' first flight, aviation is a part of daily life and comparatively a very safe mode of transportation. Airplanes take off, cruise and land without a hiccup in the most demanding conditions.

But how exactly planes fly is still mysterious to many—even after so much time has passed since that first flight.

"When a relatively thin, flat lifting surface such as a wing, a sailboat sail or a shark's fin moves through air or water, it can produce a force perpendicular to its direction of motion. This force is called lift, whether or not it is in an upward direction." So writes Dr. Doug McLean, a retired Boeing Technical Fellow, Princeton PhD and author of Understanding Aerodynamics, a book that helps distill the complex into "plane" English.

There are, in fact, various explanations for why flight happens.

I checked in with Dr. McLean and Dr. Snorri Gudmundsson, Professor of Aerospace Engineering at Embry-Riddle Aeronautical University. Gudmundsson was also the chief aerodynamicist at planemaker Cirrus Aircraft.

"Mathematical theories of lift have been agreed on by the experts since the early 20th century, but there has been a long history of disagreement on how to explain lift in simple physical terms, without math," McLean wrote. (If you're looking for the part with math, you can look to the Navier-Stokes equations, derived in the 1800s. They mathematically model the relations between pressure, velocity, temperature, and density of a moving fluid.)

The explanation of lift cited most often involve Swiss mathematician Daniel Bernoulli's principles related to pressure. Another cites Sir Isaac Newton and his laws of physics. Dr. McLean writes that the truth lay in a combination of both explanations, and that they complement each other.

Take an airplane rolling down the runway, courtesy of its engines, with air rushing over and under the wings.

According to explanations that cite Bernoulli, the wing is shaped so that air moving over the top of it has a longer path to travel than air traveling across the bottom of the wing.

Bernoulli proved through experiments that when a fluid speeds up, its pressure drops. (This is fact — confirmed each semester, Gudmundsson says, by tens of thousands of engineering students worldwide.)

So the explanation goes, air flowing over the top of the wing moves faster than air below the wing in order to "catch up" at the trailing edge, and that increase in speed equates to a lowering of pressure. There is more pressure under the wing than on top of it, and presto, the wing lifts off — and so does the fuselage it's attached to.

The problem with this explanation is that the air doesn't have a mind of its own. There's no credible reason in fluid mechanics why the air on the top of the wing "must" meet up with air on the bottom of the wing, Gudmundsson explained. In fact, the air rushing over the top of the wing speeds up and exits from the trailing edge of the wing much faster than air passing below. And then there is the problem that planes can fly upside down, irrespective of their wing shape — and the fact that one side of the wing is longer than the other.

Nevertheless, engineers and scientists know there is a measurable difference in pressure above and below the wing — and for some portion of the air surrounding the wings but not actually in contact with the wings.

"It's not a simple one-way cause-and-effect thing. Wing geometry, shape and angle of attack (the angle at which the wing meets the oncoming air) plays a crucial role in the whole phenomenon, but it's only one part of the web of cause-and-effect. The wing also has to be pushing on the air in the right way, and the air has to be flowing at a sufficient airspeed."

Airplane wings are like a knife that cuts through the air at particular angles, an angle controlled first by airplane design and later by the pilots. "The wing is a giant piece of machinery that converts the momentum of air," Gudmundsson said. "Consider the air ahead of the wing. The wing comes slicing through that space and it imparts downward velocity on that air. It takes the momentum of the air from zero — at rest — and accelerates it downward at some finite value."

Gudmundsson emphasized that we are not flying around in a vacuum; we're surrounded by air, and that air has mass. It's heavy and dense, and can be measured. At sea level, the atmosphere is weighing down on us at 14.7 pounds per square inch. The air is a fluid, just like water — one is a gas and the other is a liquid.

The wing (and the angle at which the wing meets the air) pushes against the oncoming air, deflecting it downward. Indeed, the shape of the wing even deflects the flow of air on the top of the wing downward, off the trailing edge. Just like when you put your hand out the window, you're deflecting the air downward, and your hand moves up. And because of Newton's Third Law (for every action, there is an equal and opposite reaction) the wing, and the plane, move upward.

For his part, Gudmundsson provided an explanation that would make Newton proud. Follow along.

And because the air is being forced downward, it has an opposite and equal reaction on the wing, pushing it upward. "If you think of a firearm, the bullet exits from the front at some rate, and it provides a recoil or a kick," Gudmundsson explains. "A wing is like that but it is a continuous recoil over the surface of the wing."

McLean added a wrinkle to this explanation. The air that surrounds the wing — including the air in front of the wing — is not actually at rest. There is a pressure field that surrounds the wing — in front, behind, above and below it — and for some distance beyond the physical surface of the wing. The wing accelerates air both upwards and downwards by its pressure field. When the wing encounters air that's been accelerated upward by its pressure field, the wing imparts to it a downward kick that gives the air a downward velocity equal to the upward velocity it had before "on average at least," McLean says. "Ahead of the airfoil, regardless of how far ahead you look, there's an integrated flux of upward momentum corresponding to half the lift, and behind the airfoil, also regardless of distance, there's an integrated flux of downward momentum corresponding to the other half. The difference (change) is what was imparted by wing, and it corresponds to all of the lift."

When you consider the whole wingspan, then, the wing is moving thousands of pounds of air per second. According to McLean, "Even the heaviest of airplanes requires no more than about 150 pounds of lift per square foot of wing area." Unpacking that, the Airbus A380 has 9,100 square feet of wing, or 845 square meters. An A380 during cruise moves about 500,000 kilograms (about 1 million pounds) of air close to 12 meters per second (27 miles per hour) in downward speed every second, Gudmundsson said.

So, why is there any debate about how planes fly? (And there is plenty of it, online.)

"That there is a debate, it tells you a bit about human nature. Some see everything in black and white — either or,” Gudmundsson said.

"There is no debate or mystery among engineers and scientists. The debate online is among people who think they know more about aerodynamics than they do!"

Mike Arnot is the founder of Boarding Pass NYC, a pilot and a marketing consultant to airlines, none of which appear in this article.

Related stories
Should you buy Marriott points with a 50% bonus?
5 secrets to getting a luxury cruise for less
Deal alert: Widespread Air Tahiti business class award space to French Polynesia
This no-annual-fee card earns 2% cash back on every purchase — and automatically applies your rewards
Featured image by Alberto Riva