Articles
Ben Smithson is a senior writer for TPG UK. Originally from Australia, he is the primary points and miles writer for the U.K. site.
Follow
Aug. 21, 2019
•
8 min read 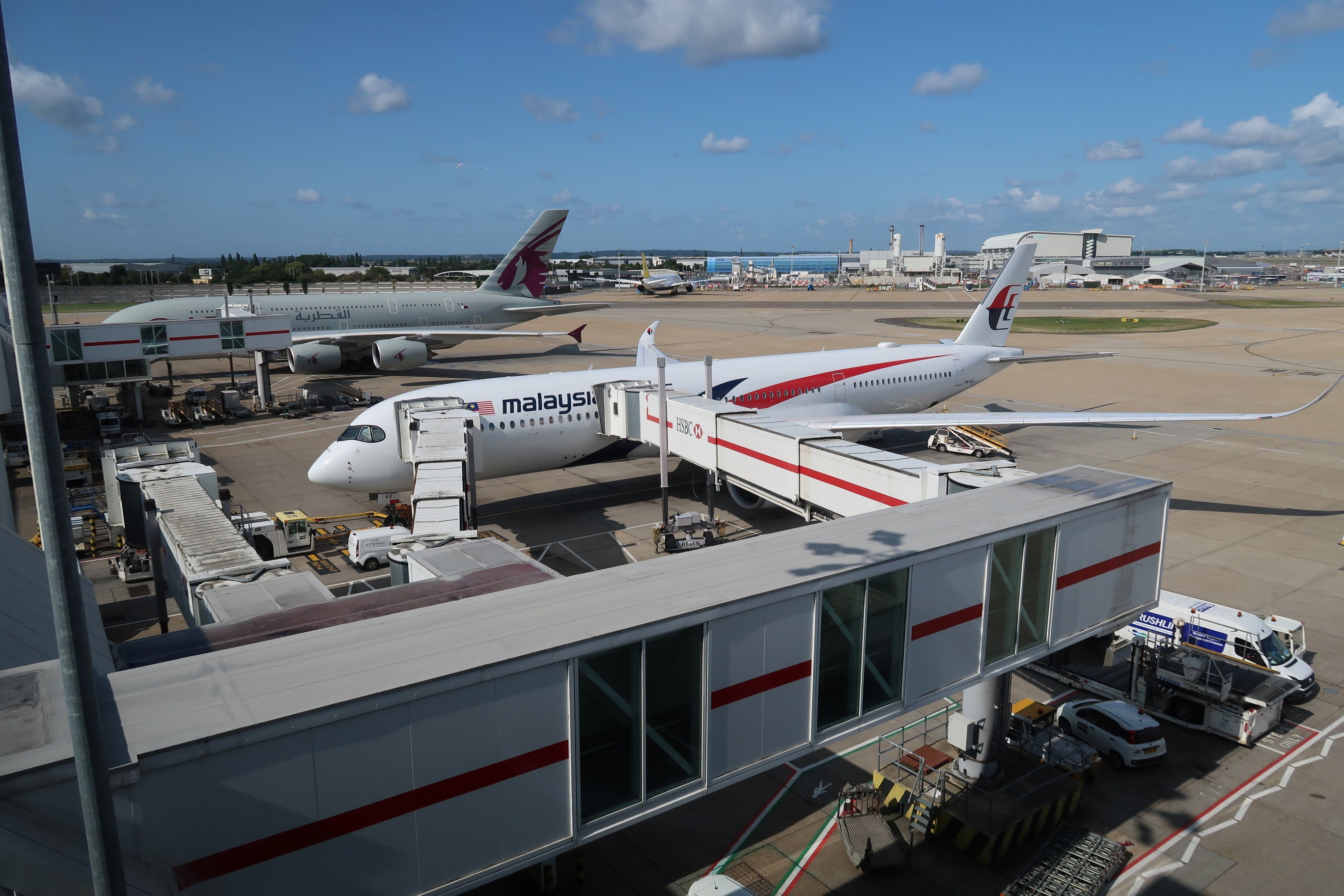 We recently published a step-by-step guide on exactly what happens when an aircraft is turned around, or readied for its next flight after arrival. TPG UK just got to experience this in a live environment. We were invited by Malaysia Airlines to to go behind the scenes on Tuesday and see what it takes to turn around the carrier's flagship Airbus A350 aircraft at London's Heathrow airport. It was a busy but fascinating experience to see what it takes to get a 300-passenger jet ready to go on a 12-hour journey. Here's what happened.

Malaysia Airlines Flight MH2 landed at Heathrow at 5:29am, earlier than its scheduled arrival time of 5:55am. This flight was operated by registration number 9M-MAE, a one-year-old Airbus A350, which also operates to Tokyo, Osaka and seasonally to Sydney and Melbourne.

This flight is one of the very first arrivals of the day into massive Heathrow (LHR), and Malaysia Airlines has special dispensation to land prior to the 6am curfew time. It's advantageous to arrive early for passengers to disembark and pass through immigration and baggage claim speedily.

No waiting for a free gate at this early hour.

Once all passengers are deplaned, cleaning and catering crews board the plane to remove all the garbage, uneaten food, used blankets, pillows, etc. They thoroughly clean the aircraft and restock it for the next flight. This takes between 40 minutes and one hour to complete.

With departure scheduled for 11am, this plane has a fairly comfortable turnaround time at Heathrow — some airlines will turn a plane of the same size in just two hours.

The outbound MH3 actually opens for check-in four hours before departure. Tuesday's flight had a relatively light load, so check-in was an orderly process.

After clearing security, premium cabin and status-holding passengers were invited to relax in the airline's own Golden Lounge.

Both sides of the lounge have spectacular views of the apron where the Airbus A350 was waiting below, with a Qatar Airways A380 behind.

Before passengers were invited to board, the TPG UK team split up — two of us headed onto the aircraft to explore the cabin while the others headed onto the tarmac to cover the cargo operations.

The Business Suite was originally first class but has since been rebranded as a super business class and priced accordingly. It features sliding doors, turning the seat into a suite, and was spacious and comfortable.

The airline gave us free rein to explore every corner of the aircraft — from the cockpit through the galleys that were already stocked with all of the food and drinks for the outbound flight. We also discovered the menus and plating instructions set up for the crew to plate the business-class meals onboard.

The most amazing part of the cabin for me was seeing the crew rest area, which is a feature on many long-haul planes but rarely seen by any passengers. This allows up to six crew at once to sleep properly in a private bunk during their rest period.

I asked the station manager a question I've always wondered about crew rest. When I sleep I wake up looking like I've been dragged through a hedge backwards, so how do the immaculately presented crew manage to sleep but then return to the cabin looking flawless?

He explained that crew bring vanity kits with them and visit the bathrooms as soon as they wake up to check and fix their presentation.

Down on the tarmac, Tuesday's flight carried 11 tons of cargo on six pallets, including cancer treatment medicine that would be "escorted" at both ends of the flight.

There are five cargo holds on the aircraft, which are pressurized. It’s not unusual for Malaysia Airlines to carry animals (recent cargo included a lion for a zoo) or often fresh seafood.

Loading cargo is a delicate act. Get it wrong and there’s a risk that the plane could tip if it's too heavy and unbalanced. Or worse, if cargo is not secured in the different holds and moves during takeoff, it can lead to instability and cause a crash.

Tuesday's cargo load was straightforward. The last cargo to be loaded is strollers or any other items that need to be checked from the gate. These items go into the very back of the aircraft and are secured with netting. In the same area, there’s also a large box with spares for the aircraft, such as lightbulbs and other smaller items that might require replacing or fixing particularly at out-stations where such items might not be readily available.

Refuelling the A350 takes about 40 minutes and started at 9:55am. For the ride back to KUL, it needs between 70 and 80 tons of jet fuel. The inbound aircraft typically will have landed with about 10 tons on board, and part of the refuelling process involves checking the quality of the fuel throughout the process. As would be expected, there are safety measures in place to ensure fuel supply can be cut should there be an issue during refueling — including a big red button that cuts the fuel supply to any gates on the same side of the terminal.

The crew and pilots arrived on board and things became pretty hectic. Although the cabin was clean, fresh, stocked and beautifully presented, there were still all sorts of checks for the crew to perform. They played the safety video on the seat-back screens and practiced some PA announcements to ensure everything was working okay.

I was surprised to see crew storing their personal luggage all over the aircraft, based on the cabin they were working for the flight.

We had a quick chat with the captain about the flight ahead. He was expecting an on-time departure and arrival into the airline's hub in Kuala Lumpur, but some bumpy conditions on the way. There were no unusual passenger requests, although the captain popped out of the plane just before boarding commenced when he realized the pilot rest area was missing a pillowcase.

Passengers commenced boarding and we made sure we were out of the way, as crew began their formal passenger service.

With all 246 passengers on board, the plane closed its doors, leaving Gate 6 with approximately 10 minutes to spare for an on-time departure.

All images by The Points Guy, with our thanks to Malaysia Airlines for this behind-the-scenes experience.