Articles
Cameron Sperance is a senior hotels reporter at TPG. He covers anything to do with the hotel industry, from the guest experience to the business itself.
Follow
July 11, 2022
•
6 min read 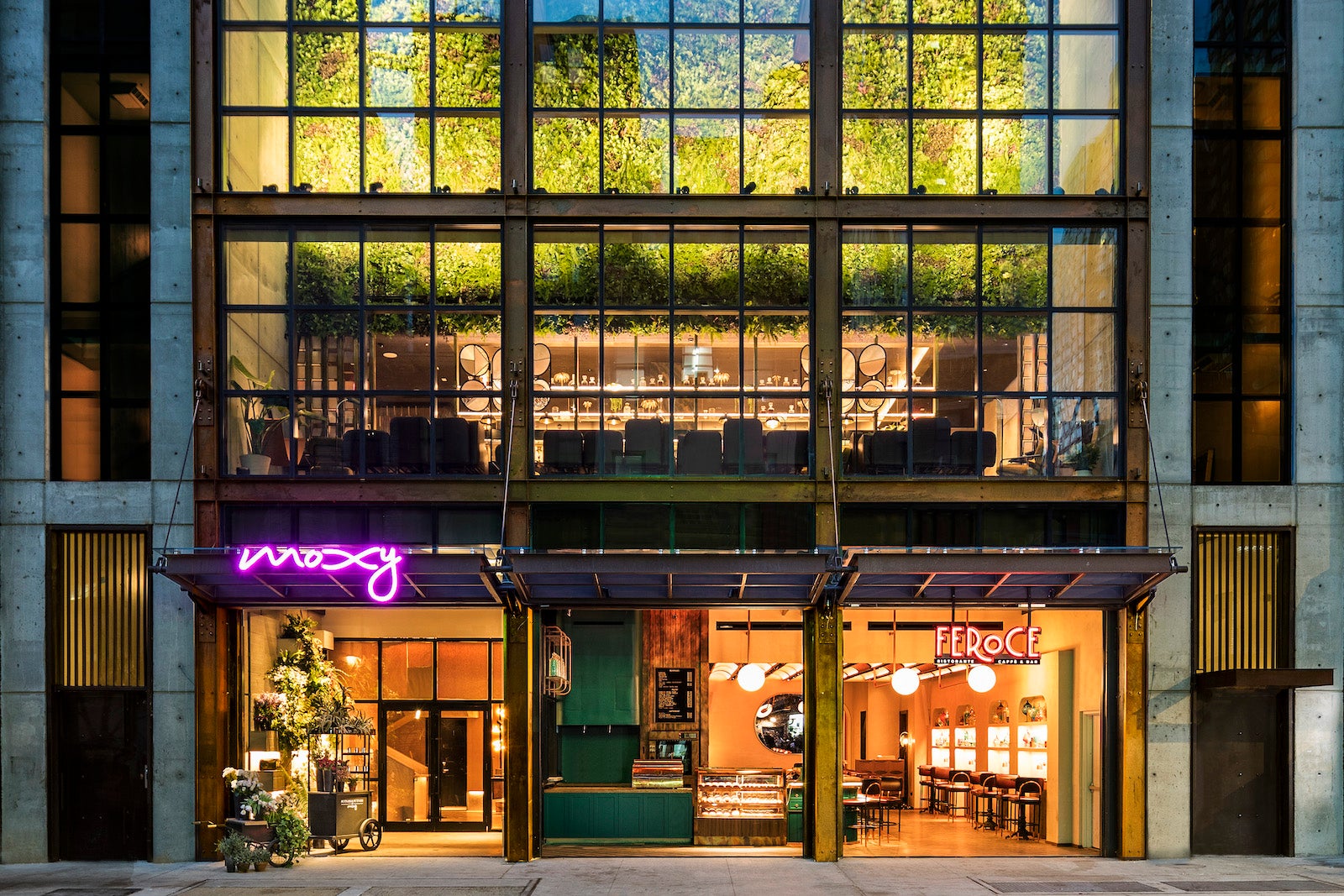 The future of the hotel guest experience? Less Moxy, more Airbnb
This post contains references to products from one or more of our advertisers. We may receive compensation when you click on links to those products. Terms apply to the offers listed on this page. For an explanation of our Advertising Policy, visit this page.

It wasn’t that long ago that major hotel companies thought the secret to tapping into a swelling traveler base of millennials — and their increasing disposable incomes — was to launch brands aimed at this group born between the early '80s and the late '90s.

Like any idea that gains traction (I’ll get to whether it was a good one in a minute), this led to a flood of brands designed to woo millennials into a hotel’s reservation system and loyalty program.

Pre-Marriott Starwood launched Aloft as a more affordable, younger sibling to W Hotels. Marriott came out with Moxy and even had an initial partnership with furniture maker IKEA, the go-to home decor brand for those just out of college. Hyatt’s Centric and Hilton’s Canopy were also launched in a bid to court younger travelers.

Fast forward to 2022, and it doesn’t appear millennials or Generation Z are religiously sticking to any of these brands. I’m no millennial whisperer, but I am part of the demographic — and when I started working on this story, I asked a wide array of friends, acquaintances and sources their thoughts on any of these targeted brands.

Their replies ranged from things that can’t be published on a family-friendly travel website (let’s just say the small rooms but often high prices leave much to be desired) to eye rolls and talk of how they prefer to stay at Airbnbs. Vacation rentals typically offer more space and freedom than the smaller confines of, say, a standard Moxy guest room.

That should be the wake-up call to the hotel industry — even if the companies don’t see themselves in the same tech-forward boat as the likes of Airbnb or Vrbo.

“Traditional hotel companies have not seen themselves as tech enablers, or they know it's important, but they've just basically thrown their hands up in the air and left it to somebody else to do,” said Gilda Perez-Alvarado, global CEO of JLL Hotels & Hospitality. “Now, Airbnb has done an extraordinary job just being very relevant for the consumer.”

The impact of OTAs and vacation rentals

There is a bit of a sense of deja vu when it comes to the ascent of short-term rental providers at the expense of hotel companies. Third-party booking platforms such as Expedia and Booking.com were tech-fueled disruptors to the hotel industry as the internet first took off.

These online travel agencies, also known as OTAs, eat into hotel revenue streams by offering rooms that are often at a discount. They also charge fees to the individual hotels for their distribution services.

Hotel companies worked to combat the OTA disruption by putting greater emphasis on loyalty programs and direct bookings. Want your Marriott Bonvoy points? You typically only get them by booking directly through Marriott and not on Expedia.

But another disruptor emerged in this game of hotel industry whack-a-mole: short-term vacation rental platforms like Airbnb and Vrbo.

Airbnb and Vrbo are both in the top 10 for Statista Global Consumer Survey’s list of most-used accommodation booking platforms in the U.S. No hotel company, despite being decades older than these companies, made the lineup, per the JLL report.

By the end of last year, the alternative lodging sector had recovered to 81% of its pre-pandemic performance levels, while traditional hotels were only back to 61% of pre-pandemic levels.

Given the resilience of the sector, it’s strange the traditional hotel players are not in a mad rush to unfurl a wave of new vacation rental brands a la the millennial-minded brand madness of the mid-aughts.

The hotel sector may get chided as one that is slow to respond to trends, but many major hotel companies moved quickly to embrace extended-stay hotel brands after those were some of the few to show decent performance figures during the worst months of the pandemic.

So, why are they not doing the same for vacation rental platforms? Even companies that do have them often downplay them. Marriott executives practically go out of their way on earnings calls to note that Homes & Villas, the company’s home rental business, is only a small fraction of the overall company.

Some of the distance may have to do with the fact that hotel brands see themselves as true lodging experts, while vacation rental platforms are viewed more like technology companies.

“It's one of those things where [hotel companies] don't see themselves as being part of the technology ecosystem,” Perez-Alvarado said. “The reason why online distribution or online travel agents came about is because we're now relying on the Internet of Things, and that's not what hoteliers do.”

The reason to get it right

The question remains if hotel companies can afford to let another disruptor pull away so much of their revenue stream, especially after two years of catastrophic financial losses. Some of the hesitancy from hotel companies to make the necessary technology investments to better compete against the likes of Airbnb or Expedia may be because the move carries simply too high a cost for something so outside the industry’s comfort zone.

But when you have a juggernaut like Airbnb (the company claims it has more than 6 million active listings) clipping at your heels, the hotel industry can’t afford many missteps during its pandemic recovery.

The major hotel companies today (think: Hilton, Marriott and Hyatt) grew up around the idea of travelers liking standardization. Your hotel room at a Marriott in Des Moines, Iowa, should be similar to one at a Marriott in London, according to the industry ideology.

But younger travelers are not the devotees to standardization like their parents and grandparents. That’s left an enormous opening for a company like Airbnb to swoop in and appeal to travelers craving unique experiences along with other generational buzzwords like “authenticity” and “bespoke.”

It may be easy to scoff at, but younger travelers are vital to the travel industry’s pandemic recovery and its future. Hotel companies better positioning themselves to how these travelers actually like to, well, travel would be a prudent move.

“I do think that the brands have an incredible opportunity right now to be creative, to be value driven [and] to stand for something to curate that community,” Alvarado said.

Featured image by (Photo courtesy of Marriott)
Editorial disclaimer: Opinions expressed here are the author’s alone, not those of any bank, credit card issuer, airline or hotel chain, and have not been reviewed, approved or otherwise endorsed by any of these entities.