Hitting the Beyoncé and Jay-Z Tour With Citi Private Pass 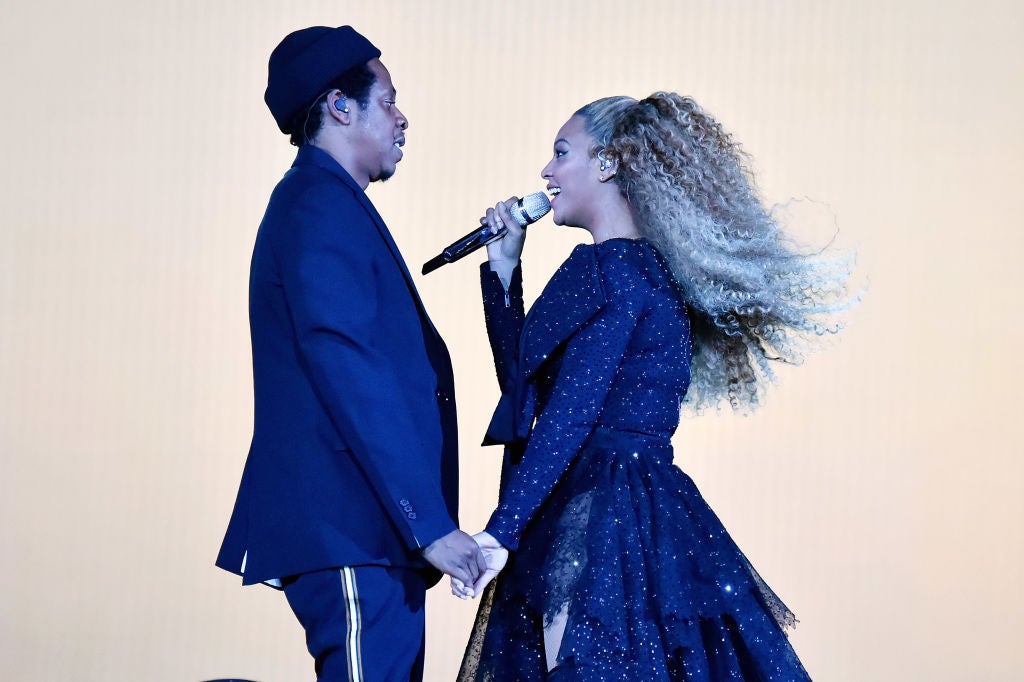 Hitting the Beyoncé and Jay-Z Tour With Citi Private Pass
This post contains references to products from one or more of our advertisers. We may receive compensation when you click on links to those products. Terms apply to the offers listed on this page. For an explanation of our Advertising Policy, visit this page.

On Friday night, Citi offered a VIP package at Beyoncé and Jay-Z's On The Run II tour stop in New Jersey. The event is an example of a hospitality perk cardholders are granted when they purchase tickets through Private Pass — it included access to a lounge in MetLife Stadium along with close-up floor seats to the show.

As guests of Citi, my boyfriend and I were able to join the festivities (and unleash my inner fangirl.) It was the tour's third stop on the US leg of OTR II, having just wrapped up the Europe leg earlier this summer.

The lounge opened at 5:00pm, about two and a half hours before the show's opener (DJ Khaled and a medley of other rappers) hit the stage. We arrived at the venue at about 6:00pm, where we found the special check-in tent for the Citi guests. Except for the price of admission, which was covered by Citi, we had the same experience as any other Citi cardholder who booked through the Private Pass platform would have had.

Check-in was a breeze compared to the snaking lines at every other gate leading into the stadium. I showed my ID, and we got our tickets and wristbands for the lounge and the floor seats. The staff was very friendly, and the check-in table featured some decor accents that touched on On the Run II's American desert theme.

After we checked in, a Citi concierge walked us through security. As part of the VIP package, we were able to bypass a few of the other concertgoers waiting to file through the metal detector.

Walking right through security was a convenient touch and added to the VIP feel of the night. On the other side of the metal detector, our Citi concierge passed us off to one of the stadium's premium guest services representatives, who walked us into the venue and showed us to the lounge.

It took us about five minutes to get from check-in to the lounge, whose entrance was draped with an On the Run II poster featuring Bey and Jay themselves on a motorcycle.

Walking into the lounge, there were two buffet tables of food to munch on before the show. It was almost dinnertime, so we helped ourselves to some of the spread, which included a variety of chips, salsa, guacamole, salad, beef skewers and a make-your-own slider bar. Options included crab cake sliders, regular mini-burger sliders — and my favorite, buffalo chicken sliders, as well as a variety of toppings.

The food was tasty enough, but it wasn't really anything to write home about. It was definitely a notch above standard stadium fare, and it was great to have something to eat before descending into the August heat for the show.

There was also a full bar available, so I was able to get a cool glass of Chardonnay to go with my food.

On the whole, the lounge carried through OTR II's luxe American desert theme and was decorated with trendy accents like succulent plants and copper and gold votives. Although we arrived on the earlier side compared to other guests, the area never felt crowded, and we were able to relax (in the air conditioning — the stadium is not enclosed) before the show.

One of my personal favorite touches in the lounge was a photo op with the chance to pose on a motorcycle like Bey and Jay on the tour's promotional art. There was a photo booth company that took professional pictures and turned them into a gif if you were so inclined.

About an hour before the show started, dessert was served: a variety of doughnuts, churros, strawberries and chocolate sauce.

We opted for a plate of churros loaded with toppings.

Not too long after that, it was time to go downstairs and find our seats for the concert to soak up a little face time with Jay-Z and Queen Bey. There was a little initial confusion with our seats — an usher told us the wrong section at first, and when the show began we were farther back than we should have been. One recommendation I have for Citi would be carrying the concierge escorts through seating for the show — although it might not have been possible to coordinate with the stadium.

The VIP concert package was a great experience for me. If you're already going to spring for concert tickets that are on the pricier side, pouncing on the lounge and easy check-in Citi offers as a perk with purchase through Private Pass would be well worth it. Personally, I'm an antsy concert goer who obsesses about the logistics of a show leading up to it — especially how to carve out time for dinner and drinks beforehand. I also prefer to beat traffic, arrive at the venue early and make sure all of my ducks are in a row.

So, having a cool (both aesthetically and temperature-wise) place to hang out and grab a drink and snacks before the show is ideal for me and something I will seek out in the future.