Pilot Dies in Helicopter Crash on Skyscraper Roof in Manhattan 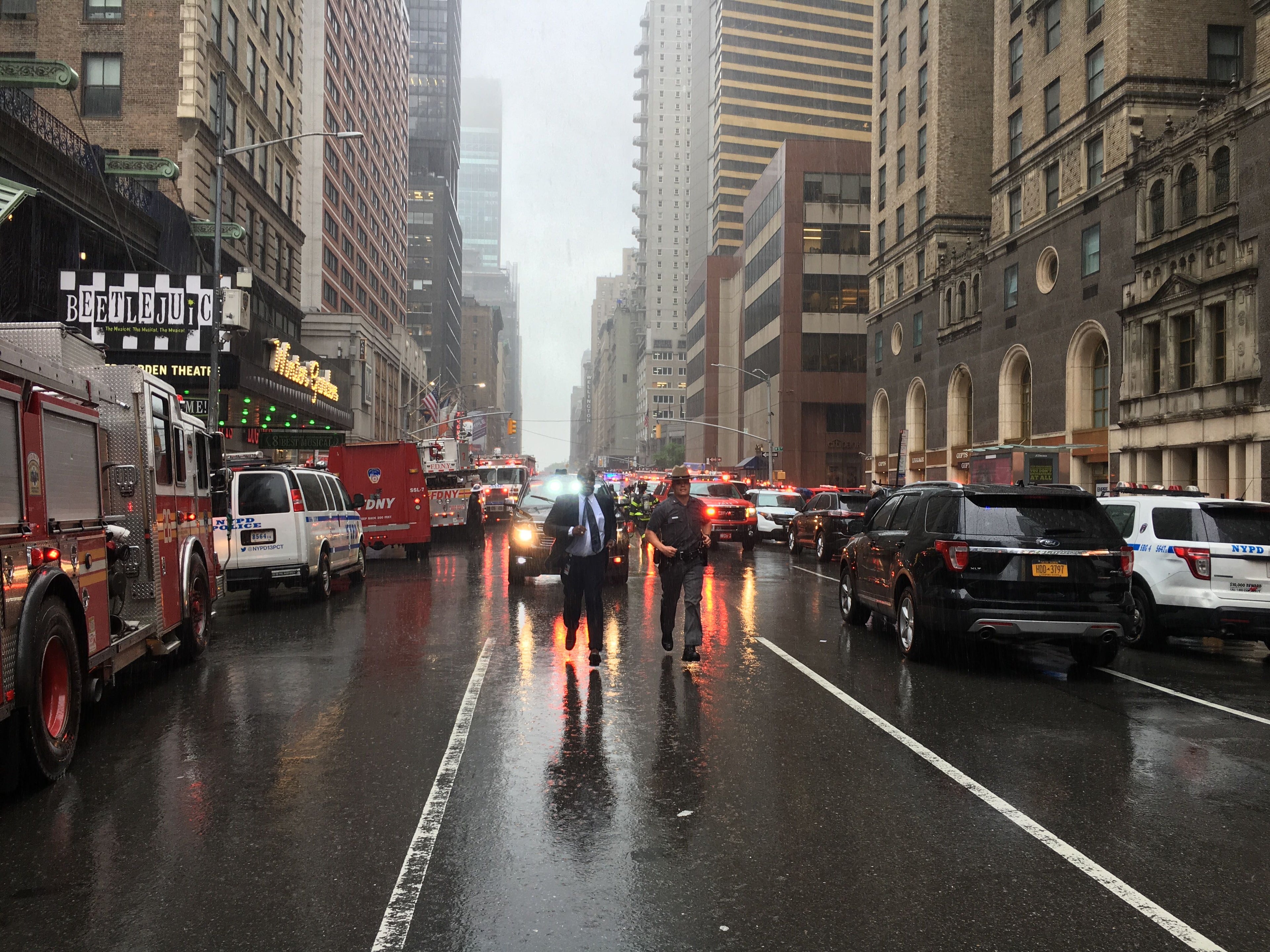 Pilot Dies in Helicopter Crash on Skyscraper Roof in Manhattan

A helicopter made a "hard landing" on top of a Midtown Manhattan skyscraper Monday afternoon, leading to at least one fatality, according to the New York City Fire Department.

Details are still coming in, but the accident occurred during a rainy, foggy afternoon.

The building is 787 7th Avenue, according to a tweet from the the FDNY confirming the incident. It's a 752-foot-tall office building with more than 50 floors between 51st and 52nd Street, just blocks away from Times Square. Known as The Equitable Tower, the marquee tenant is French bank BNP Paribas.

At least one person has died in the incident, according to FDNY.

A two-alarm fire broke out on the roof after the hard landing, the FDNY said, but it has been successfully extinguished.

Emergency responders released images of the crash scene, showing only a few scant parts of the helicopter made it through the crash and fire.

We never want to jump to any conclusions at TPG about why a crash may or may not have happened. That's up to the investigators.
But spreading on social media right now is a shocking video and a tweet that tracks what appears to be an erratic helicopter. There is no confirmation that this is the same helicopter, but the coincidence is enough to have lots of people talking.

The cause of the crash has not been identified yet, but weather could have been a factor as Manhattan saw rain and low visibility conditions on Monday. The weather was poor enough for popular New York passenger helicopter service BLADE to cancel all flights, the company said, confirming to TPG that the downed aircraft was not affiliated with its service.

The National Transportation Safety Administration will be investigating the crash.

TPG's aviation and travel news intern Nico Avalle has been at the scene of the crash. "Police officers are struggling to push the crowd back as onlookers try to get a look at the building," Avalle reports. "It’s impossible to see the accident from the street as the helicopter evidently crash-landed on the roof. Metal barricades have been put up on every corner. People are trying to push closer and capture everything on their cell phones and cameras."

Related: Are Helicopters Safe? How They Stack Up Against Planes, Cars and Trains

Ben Houk, who lives on 46th street, says he was at home when he heard what sounded like a jet flying low over the city. Then there was a deep thump. He didn’t think much of it until the sirens started and his mom sent him a news article about it. He then joined the crowd of onlookers, shocked by the accident.

The building also happens to be located in a temporary flight restriction (TFR) area around Trump Tower.

The embedded tweet refers to “IFR conditions,” an acronym for “Instrumental Flight Rules” — or the weather conditions under which pilots must rely on their instruments, because of poor visibility. The Federal Aviation Administration defines IFR as occurring when the cloud ceiling is less than 1,000 feet above the ground and/or visibility is less than three miles.

Helicopter commuting was common in New York until 1977, when an accident that killed five people in Midtown put an end to it — and to the chopper-only airline that made it popular. That’s when a huge Sikorsky S-61 helicopter belonging to New York Airways flipped on top of the Pan Am Building, where a heliport had been operating for years, while its rotors were spinning as it waited to take off. The rotor blades, cut off as the helicopter fell on its side, sliced through people waiting to board. Four died instantly, and another person on the street was killed when a falling piece of a blade hit her. New York Airways, grounded after the May 16, 1977 accident, went bust shortly afterwards, ending the era of widespread airport commuting by helicopter.

TPG's Nico Avalle contributed reporting to this article from the scene of the crash. Additional reporting by Alberto Riva and Scott Mayerowitz.

This is a breaking news story. We will update this post as more information becomes available.