Articles
Max Prosperi is a part-time frequent flyer and travel writer and full-time student. Based in St. Louis, Missouri, Max covers a variety of topics with a focus on points, miles, and aviation.
Follow
Jan. 12, 2019
•
5 min read 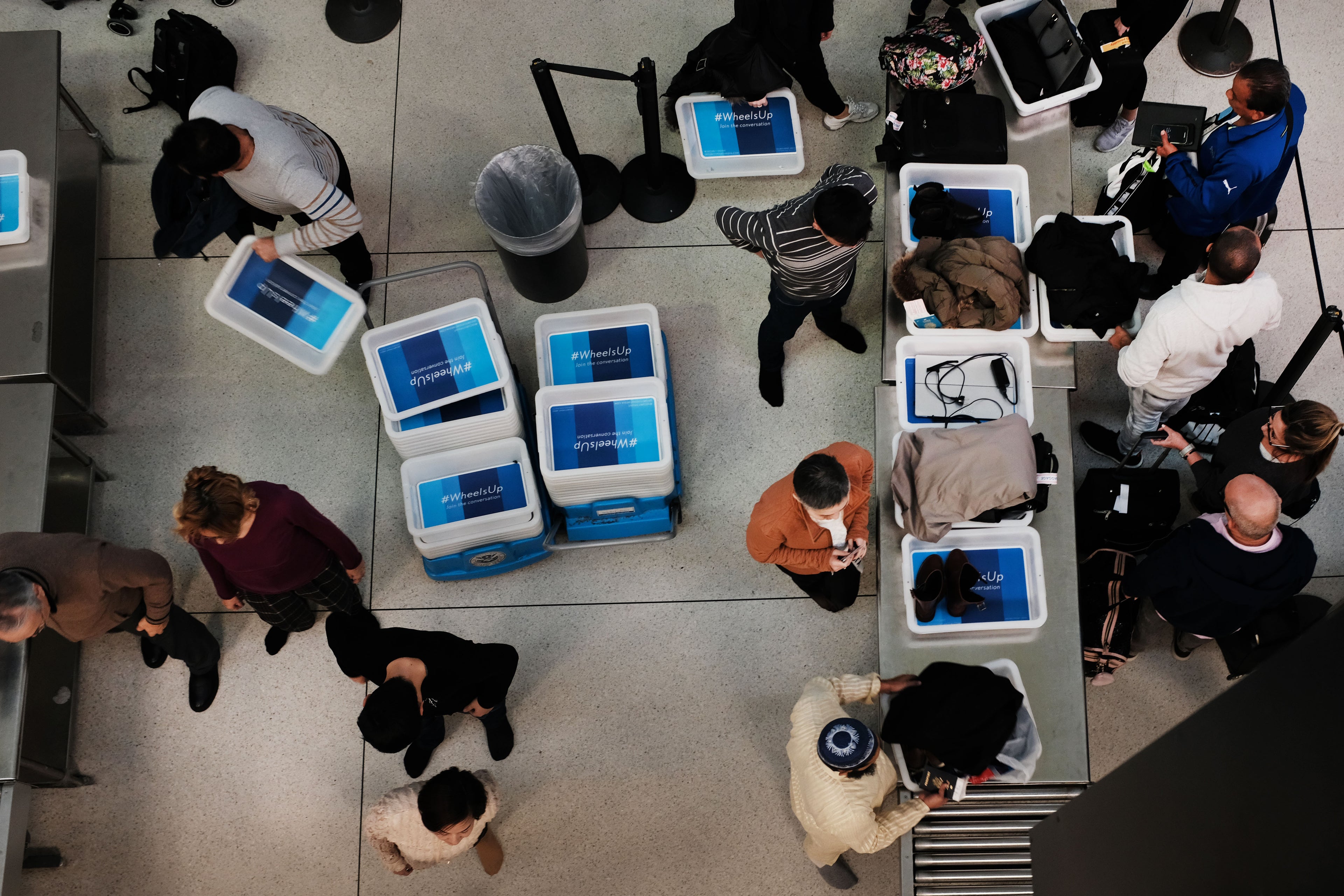 Government Shutdown: Airlines Treat TSA to Meals, Aircraft Delivery Delays & More
This post contains references to products from one or more of our advertisers. We may receive compensation when you click on links to those products. Terms apply to the offers listed on this page. For an explanation of our Advertising Policy, visit this page.

Update: An erroneous Tweet from an air travel publication stated that AA could not take delivery of its first A321neo. A spokesperson from AA confirmed that this was indeed false and that AA is taking delivery of aircraft without issue.

The partial shutdown of the United States federal government will shortly hit the 22-day mark. This Friday, the shutdown became the longest in US history.

Government employees remain unpaid or furloughed, as neither political party seems to be willing to compromise or even discuss a deal to put an end to the shutdown. And clerical work and paperwork appear to be the newest casualties. The FAA is unable to carry out routine procedures such as assigning US tail numbers to aircraft assembled abroad. This means airlines are experiencing delays with delivery of new aircraft, and some are even reporting growing concerns over safety. Here are a few noteworthy stories on the 21st day of the shutdown.

TSA Is Still Without Pay, Prompting Airlines, Airports to Pay for Meals

Those employed by through the federal government are either furloughed (nonessential) or going without a paycheck during the shutdown. While this is old news, federal employees have now gone two pay cycles without receiving pay. This means many of those working for agencies like the TSA are facing extreme financial difficulties.

To alleviate the stress of those working TSA checkpoints, some airlines and airport operators have been buying TSA agents breakfast and lunch. At St. Louis-Lambert International Airport (STL), Southwest employees surprised TSA agents in Terminal 2 with breakfast this past week.

While there were some reports earlier in the week of a "sickout," in which TSA agents were calling in sick, it appears the impact has been quite limited. While TSA agents don't seem to be calling out of work in droves, the union that represents the TSA has warned the public that agents are seeking other opportunities.

TSA Agents Are Looking for Work Elsewhere, Turning to GoFundMe

With no end to the shutdown in sight and having gone two pay cycles without pay, some TSA agents are simply quitting and looking for work elsewhere. According to Time Money, the American Federation of Government Employees has reported a significant increase in the number of TSA agents quitting to pursue other lines of work. The union's TSA Council president, Hydrick Thomas, said to Time Money that "Every day [he's] getting calls from members about their extreme financial hardship and need for a paycheck. Some of them have already quit and many are considering quitting the federal workforce because of the shutdown.”

It is not clear how many TSA agents have left their positions since the start of the shutdown, and the effect of TSA agents leaving their posts is also not known at this time. TSA agents are already among some of the lowest-paid federal employees, with many working paycheck to paycheck.

While some TSA agents are looking for work elsewhere, others who are hoping to continue working at the agency have turned to the popular crowdfunding website GoFundMe for financial assistance. The Burlington Free Press is reporting that Anthony Morselli, a TSA agent at Burlington Airport (BTV) in Vermont, has set up a GoFundMe to help pay his bills during the shutdown. "To see a zero balance in your bank account really hurts. Some of us live paycheck to paycheck. Today would be payday and no money’s coming in," Morselli said in an interview with The Burlington Free Press. Both Anthony Morselli and his wife are TSA agents at the Vermont airport.

Reports of aircraft delivery delays due to the shutdown have surfaced in recent weeks. Regional carrier Silver Airways of Florida has been unable to inaugurate its new ATR-72 turboprop, and while it was reported that Delta Air Lines was unable to take delivery of some Airbus A220s, it's still unclear if that report was true, as the airline has stated that it still plans on operating the first A220 flights as scheduled.

TSA Administrator David P. Pekoske also announced via Twitter Friday night that active-duty TSA agents would be issued a $500 award in recognition of their hard work. Pekoske acknowledged that this past holiday travel season was the busiest on record. During that period, TSA agents screened over 45 million travelers without incident. Yet, due to the shutdown, agents are not getting paid for this period. The tweet says that each “uniformed screening officer” would receive the award.

The shutdown will enter the 22nd day at midnight eastern time tonight. The federal government partially shut down in late December following a dispute over funding for border security at the US-Mexico border.